One Wednesday morning I spotted an Osprey perched on the utility pole in my yard. It was dining on a fish caught at my neighbor’s nearby ponds by Beeler Creek. Raptors often use this pole to survey the western slope of the small hillside west of my house. Red-Shouldered Hawks are the most common occupants, but Cooper’s Hawks, Red-Tailed Hawks and American Kestrels exploit the vantage point as well.

I’ve seen Ospreys use this perch before, but not that often, and I try to capture their images when I see them there. While I was setting up my camera and tripod in the dining room, a gang of four ravens executed plans to steal the meal from the Osprey, and I was able to capture the drama.

The ravens were clever. One bird would fly at the Osprey attempting to distract our diner while another team member looked for an opening to snatch the remainder of the Osprey’s fish breakfast. The tactic did not seem to disturb the raptor, at least not enough to take his attention from the task at hand. Then one marauder escalated the attack, flying behind the Osprey grabbing its tail and giving it a yank. This act did not please the Osprey, and while the move had the desired effect of chasing the large bird off its perch, the remainder of its meal remained intact. The Osprey flew away, clutching its last small piece of fish. All four ravens were left to sniff the scene, but fish scales and smells were their only bounty.

The drama was over in about one minute, but WHAT a minute it was! 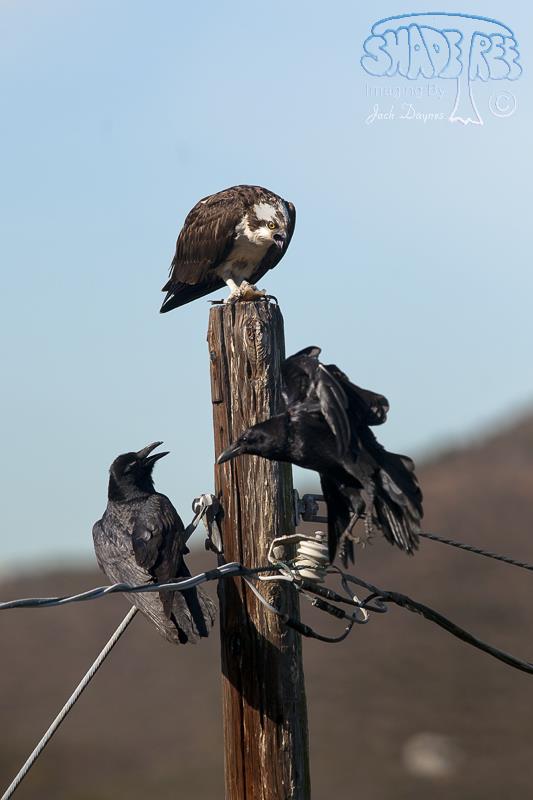 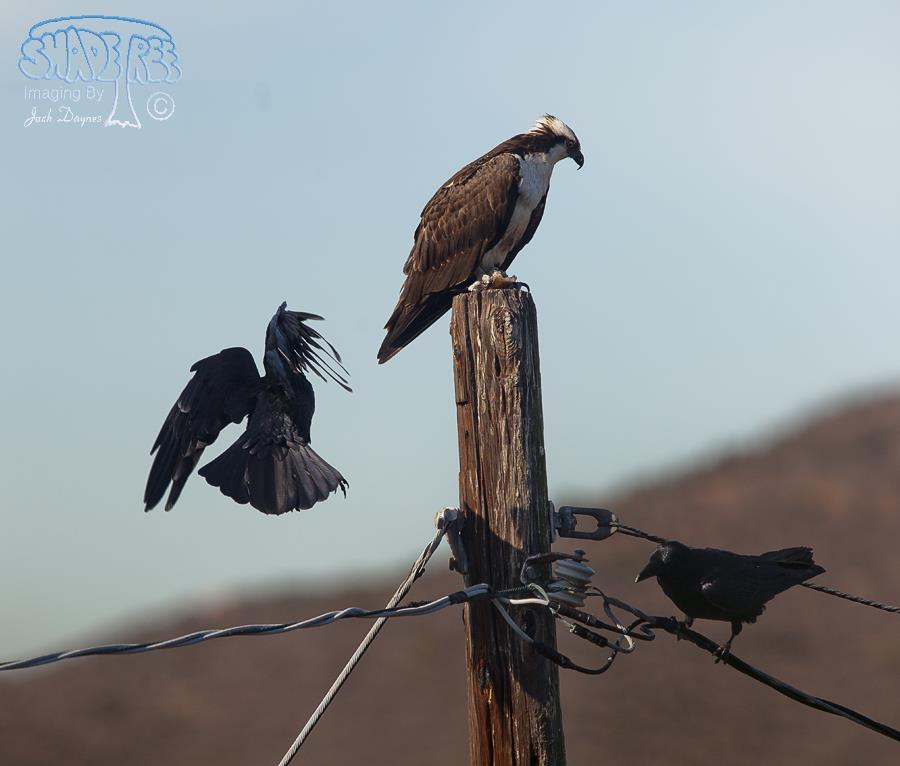 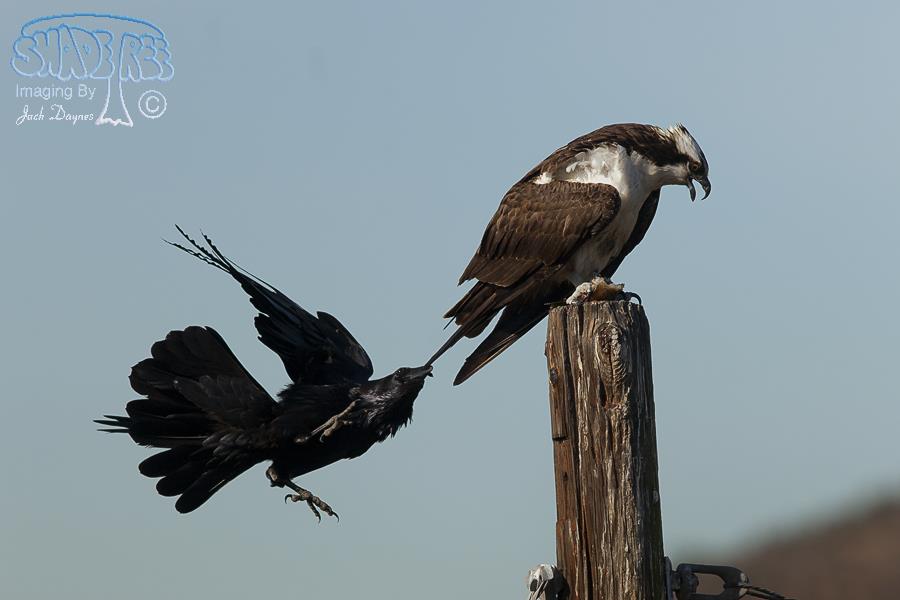 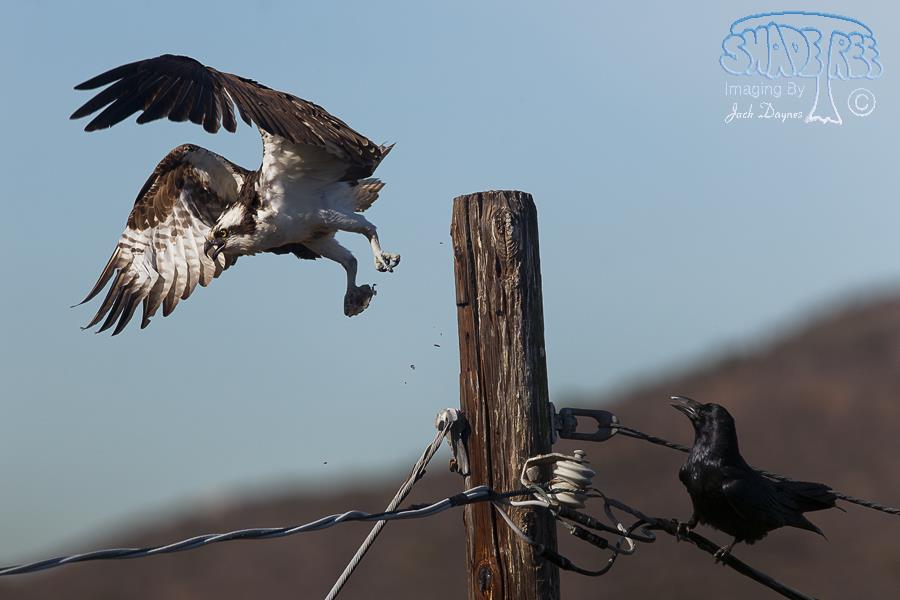 Ravens harassing the dining Osprey in Poway cause it to relocate, but not without its dinner. San Diego County, California.