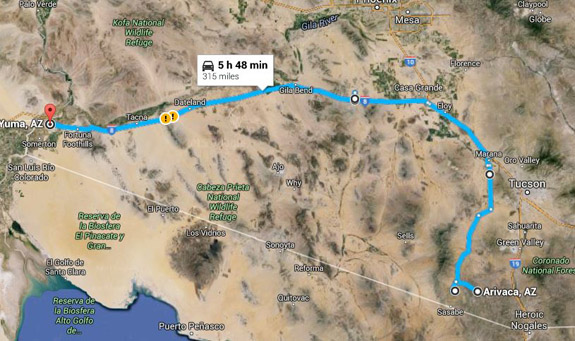 My friend Barbara cooked a nice breakfast this morning, and I got packed up and headed out early. I made a stop at the Buenos Aires NWR Visitor’s Center on the way out and had a nice long conversation with Chuck who was setting up his snake exhibit. We seemed to be kindred spirits. He was spending his retirement volunteering at various NWR’s. He said he spent the summer working in Jackson Wyoming. Later I took a small tour of the Buenos Aires NWR via a dirt track called Pronghorn Drive. Not much bird wise was encountered. A lot of driving followed as I set my sights on closing the distance to home base.

I stopped in Eloy, near the junction of I-8 and I-10 for some cheap gas ($1.899/gallon), but I saw it another location for $1.859/gallon after making my purchase. A garden burger chowed down at Denny’s and I was ready to move on towards the home-front. I thought I might stop at the Salton Sea tonight, but that was not to prove practical.

Highway hypnosis can be deadly. I sometimes find I suffer its attacks on long drives. If covering ground is a priority, I’ll use tricks like removing my hat (or putting it on), changing my seat position (scooting forward or back). Sometimes, weather permitting, I’ll lower the windows for a blast of fresh air. When these tactics are insufficient, the intelligent option is to pull off the road for a break. On this day about midway between Casa Grande and Gila Bend I found a seldom used exit to a side road and drove a half mile north of the I-8 freeway. I found a dirt road and pulled over to close my eyes for a  bit. After a short rest, a sparrow-like bird revealed itself to forage under the scrub brush prevalent in this region. The bird was a different critter than those I’d been finding on this trip, and so my attention was now focused. I decided that I was looking at a Lark Bunting, a bird whose images were scarce in my collection. Rarely sighted in San Diego County, they are common in this region in winter. I got my camera out and started capturing images. I had not rested much, but my hypnosis was cured. When I returned to the highway I had no more attacks, and I reached Yuma with no further attention slumps. 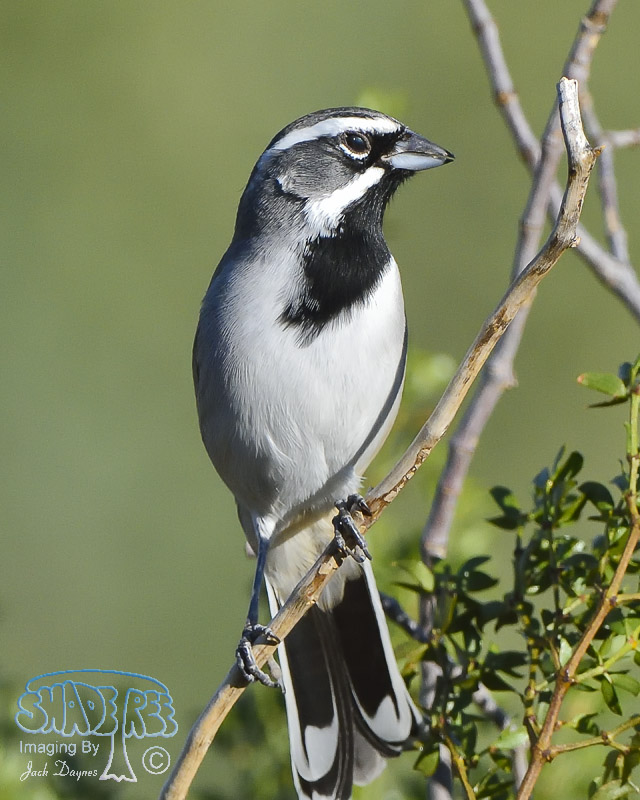 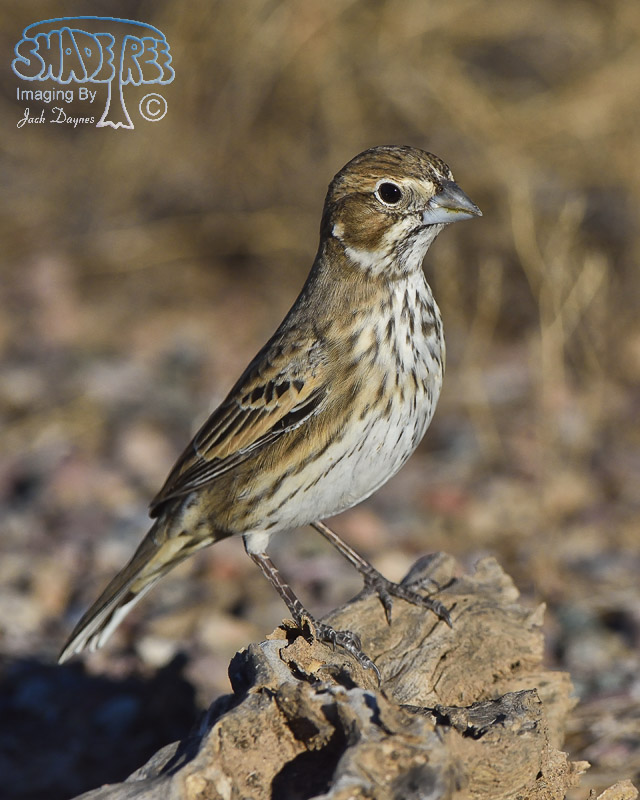 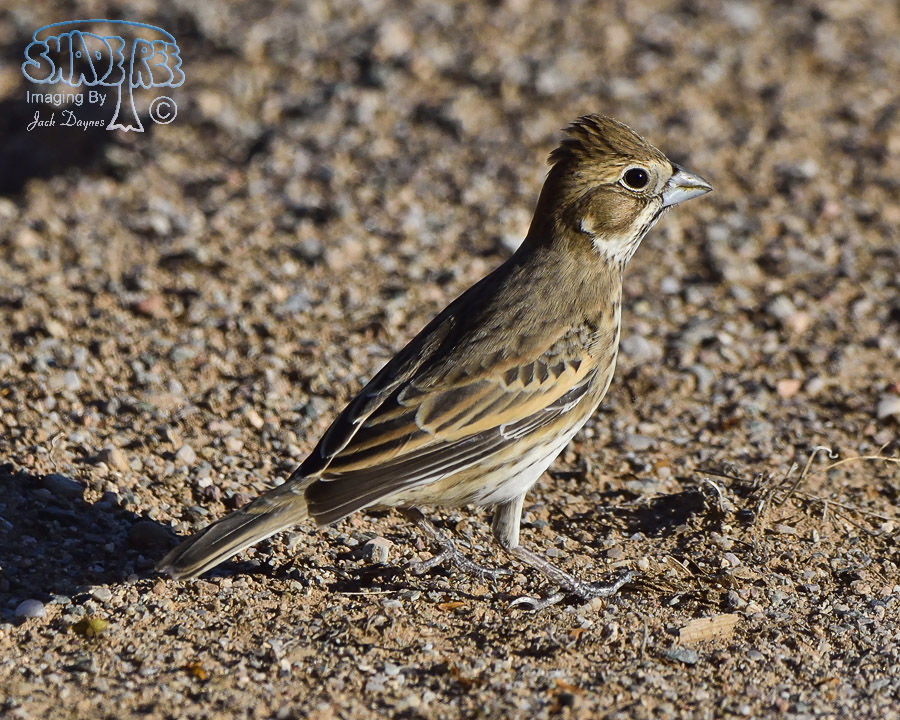 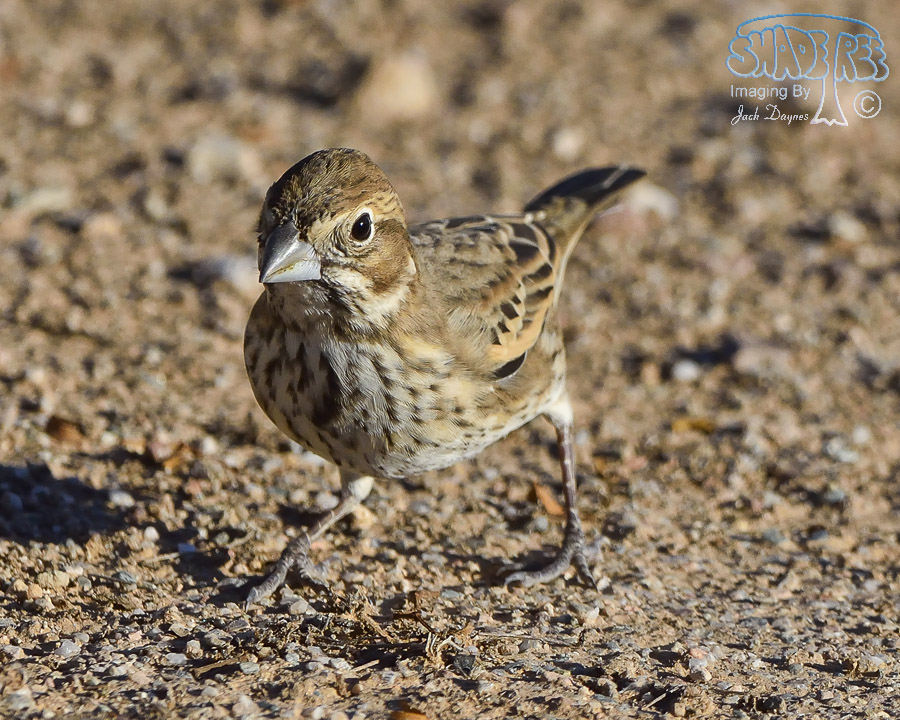 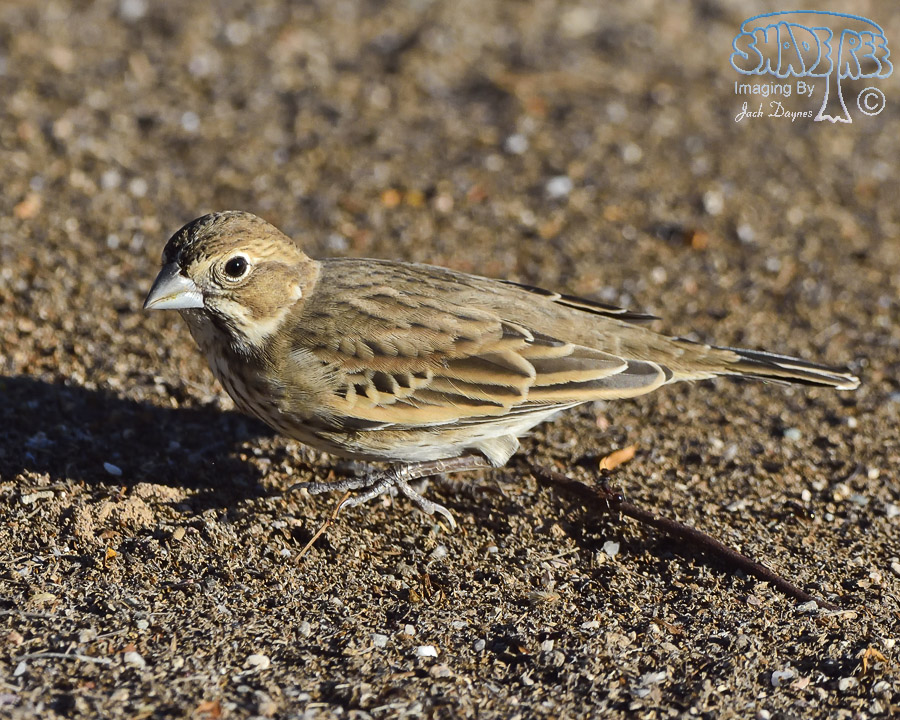