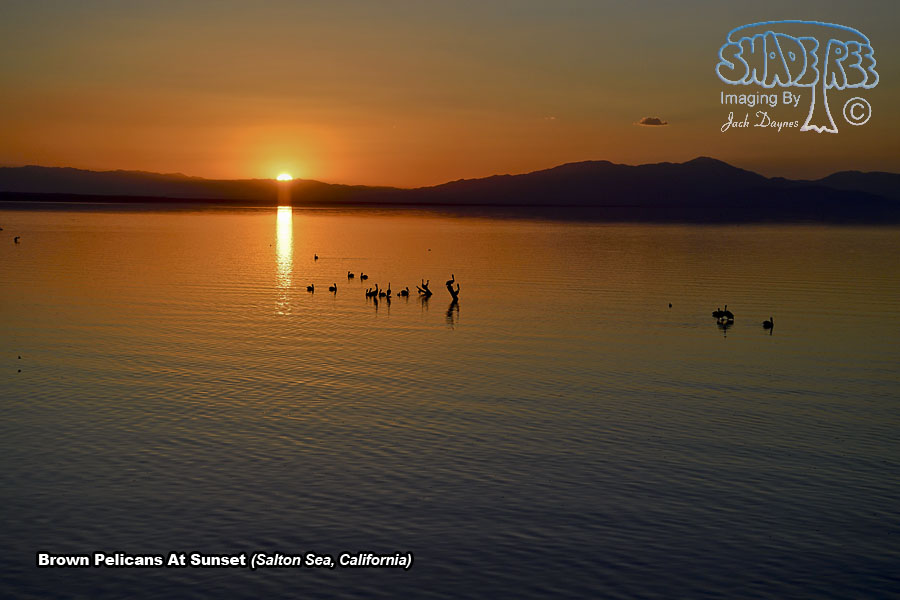 Choosing to add a few more “features” to my RV delayed the launch of my expedition into the inter-mountain west. I might have taken Interstate 15 on my way to Salt Lake, as that would have been the preferred track of my guidance system, but a reported a one hour traffic delay only 50 miles out changed my mind. I hate freeway driving anyway, so I pointed the van east and made the Salton Sea my first destination.

My favorite perch at the sea sits on the southeastern shore and August holds the possibility of meeting Laughing Gulls. When I finally reached the shoreline, I saw a small group of gulls silhouetted against a low sun with head and bill shapes that looked right for the Laughing Gull. Given the distance and the lighting, pictures were out of the question in that situation. Continuing along the shore on my way to my perch, I could see most of the gulls seemed to be Herring Gulls and there weren’t large numbers of shorebirds. Rounding the last turn as I neared my perch the shore was lined with egrets. Only a few Great Egrets, Great Blue Herons and a single Green Heron, there were many hundreds of Snowy Egrets on the rocky shore. These birds nest nearby at Ramer Lake with Cattle Egrets, Double-Crested Cormorants and other birds. They must have had a good hatch year.