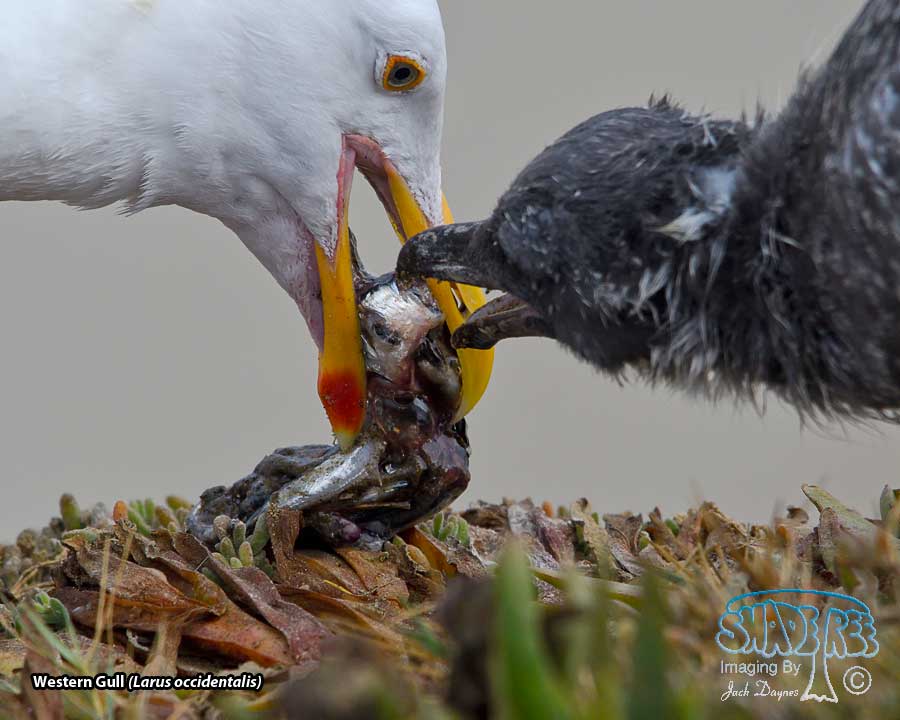 Sunday I ventured into the “natural” world and took a much-needed break from the rigors of my house remodeling. I made the La Jolla Cove the focal point of my adventure. When I arrived a favorable parking place presented itself, which is always a good Sunday omen. So needed was this outing, I might have contented myself with simply taking a walk with my binoculars instead of lugging my heavy camera gear, and that’s how I began my morning. It wasn’t long before I changed my mind and went back to my van and collected my camera gear.

The objects of interest that convinced me to gather my gear were fledgling Western Gulls with remnant downy plums decorating their still baby-like bodies. Flight was still a challenge for these young birds and foraging on their own was beyond their skill level, so the parents were bringing back sushi for their dining pleasure and sustenance. I lingered with these birds long enough to capture some feeding scenes and then I moved along in search of fresh subjects.

Further up the coast a quarter mile or so Brandt’s Cormorants nest every year. I’d seen them on eggs a couple of months earlier and I wasn’t sure there’d be any activity beyond the normal loafing they do year round in this area. Lucky for me the eggs of these birds evolved into large, homely birds still too young to fly. Parents loafing here would endure the begging and pestering of these large babies until they decided which one within the mob was most in need of nourishment, and which ones actually belonged to them.

Point La Jolla, adjacent to the La Jolla Cove is often attended by birders with high powered spotting scopes and keen eyes on the horizon looking for sea birds in the distance. This day was no exception. I found a half dozen here staring out to sea. Stan Walens, the most dedicated seacoast watcher in San Diego was there and promised “you should have been here yesterday”, where he had an auklet not 30 feet off shore. That would have been fun.

I finished my morning tour with a visit to Famosa Slough where I met a very quiet Yellow-Crowned Night Heron in harsh late morning sun. The only other time I’ve met this bird with my camera was on Isla San Rogue Mexico, when harsh mid-morning light was my only option there as well. Someday I hope to meet these guys in better light, as they are a very interesting looking bird. On Isla Socorro Mexico, we knew of their presence by the broken shells of their crustacean prey. 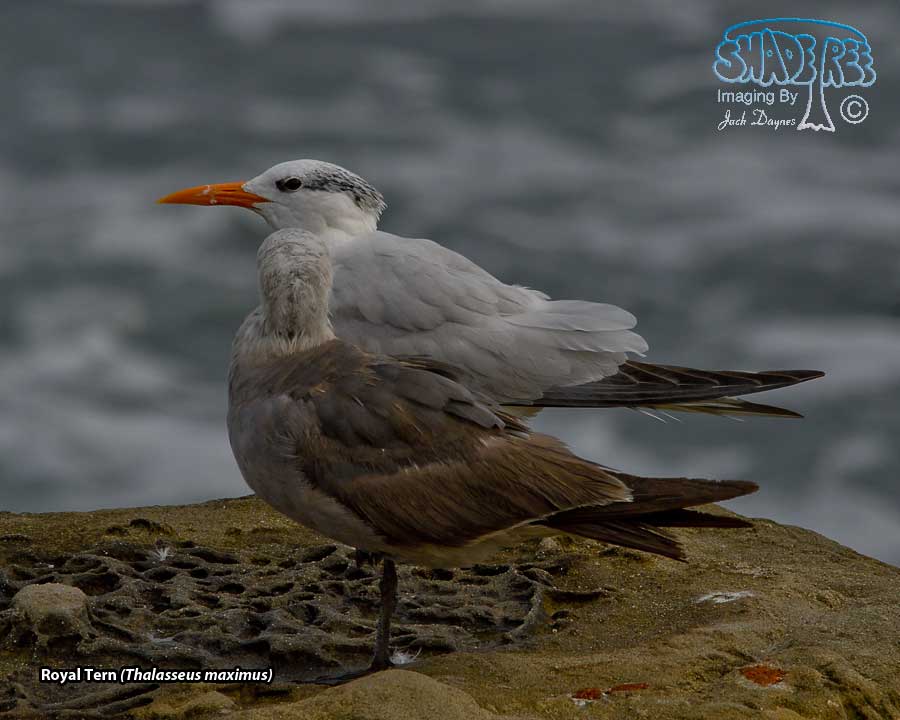 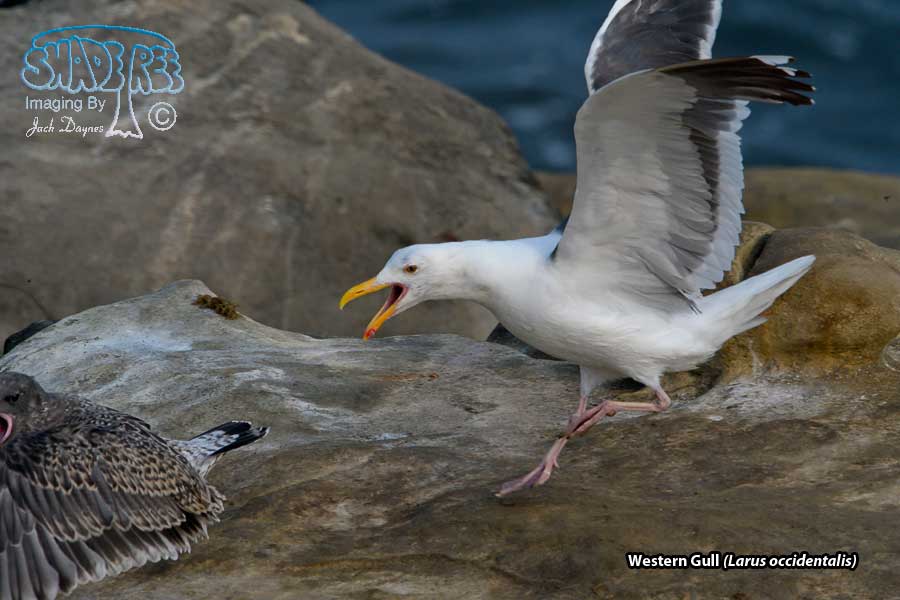 Apparently tiring of being pestered for food, this adult chases away a fledgling. Early morning at the La Jolla Cove. San Diego California. 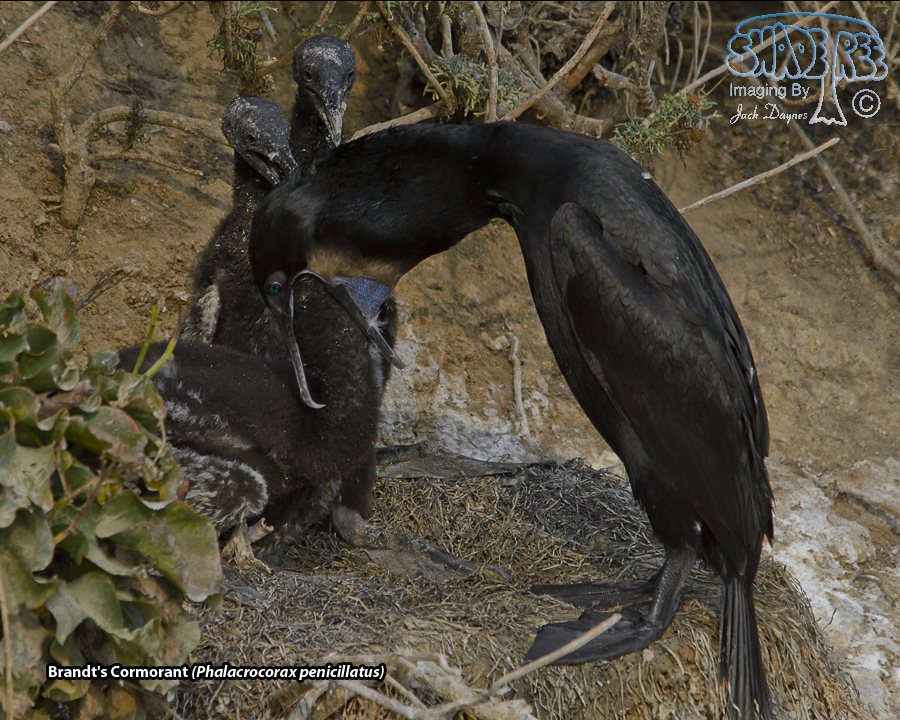 Early morning feeding its young at the La Jolla Cove. One might believe the parent is eating it's young, so extreme is their method. San Diego California. 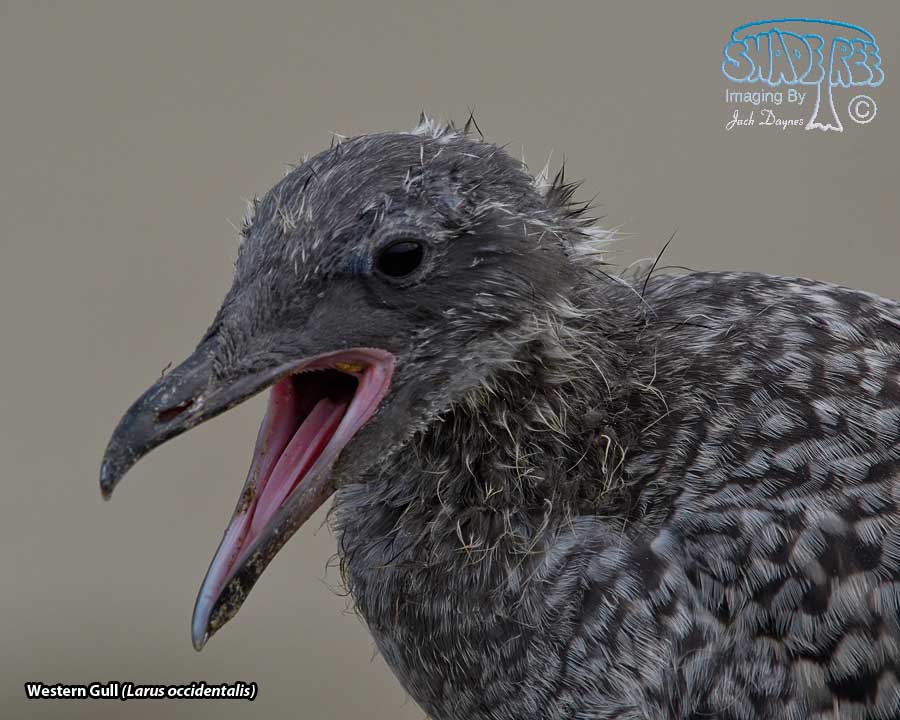 Fledglings anticipating a meal in the early morning at the La Jolla Cove. San Diego California.

Fledglings anticipating a meal in the early morning at the La Jolla Cove. San Diego California. 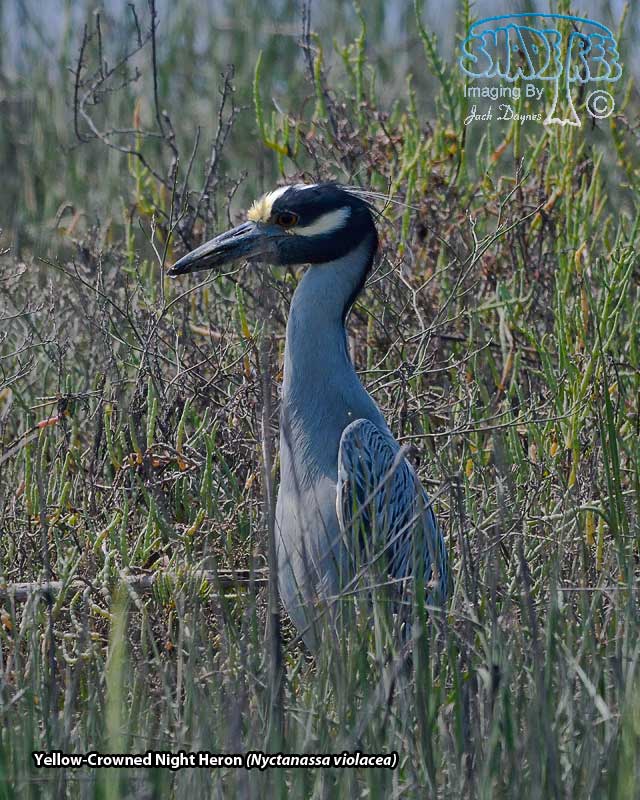