I’ve been slowly moving towards getting on the road again. Health issues have played hell with my body and soul. I made a big move that was driven by a new awareness of my mortality. For several years I’ve tried to set myself up with a workable (economical) ride to give myself a modest comfort level while touring the country. The 1977 Winnebago I purchased never could overcome its gas-hogginess in spite of all the upgrades I applied. I had to retire it. When the Sprinter based campers arrived, I found them very intriguing, though expensive. My recent bout with pulmonary embolism started me pondering the question “Just what am I waiting for?” In mid-January I made it a mission to look at what It would take to get set up in something more comfortable for travel than my Samurai. 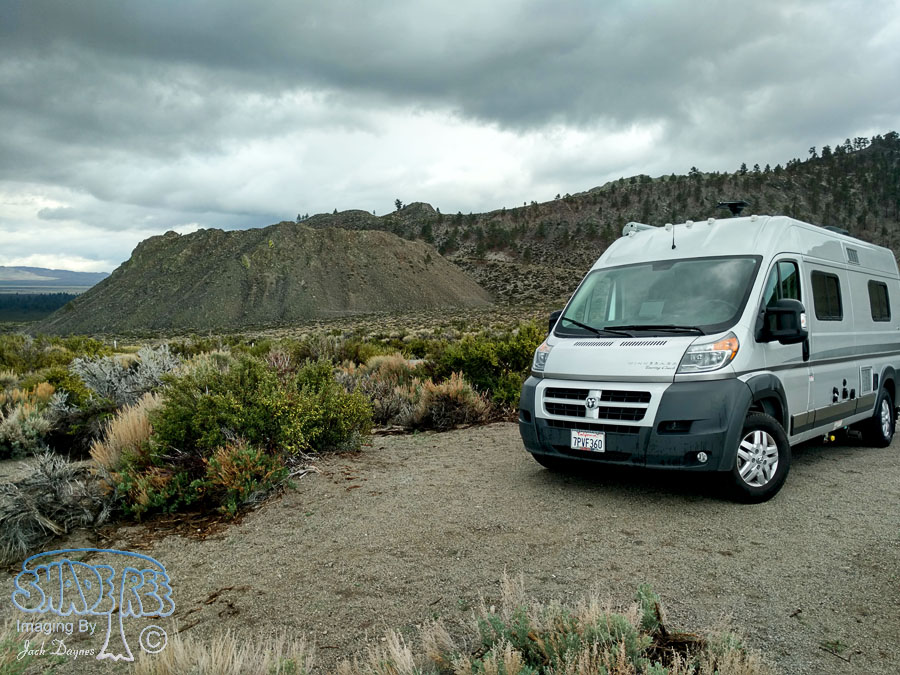 I began by looking at the newest Winnebago camper vans. Their two offerings are the Sprinter based “Era” and the Dodge Promaster based “Travato”. The Sprinter’s engine (diesel) and transmission are legendary. The miles per gallon are regularly reported at 18-22 mpg. They cost about $10k more than the Promaster chassis and the maintenance is substantially more than a gas fueled solution. When I studied the floor plans, the Travato (59G) just made sense. All the other layouts I saw did little to integrate the coach seating with the rest of the coach. The Travato 59G floorplan integrated the dinette cleanly with the driver’s and passenger’s chairs. All the creature comforts were nicely integrated. The more I studied the Promaster chassis, the more I liked it. The van is a gas fueled Fiat Ducato which is a front wheel drive. Being a front wheel drive, there’s lots of room underneath to mount RV gear without worrying about the drive shaft. It also means the floor can be lower to the ground while still allowing adequate headroom. Another huge upside to the front wheel drive is maneuverability. The van can easily make a U-Turn in 36 feet. This compares to almost 48 feet in the Sprinter.

The only thing that troubled me was the lack of attention to insulation by the folks at Winnebago. For a brief moment I contemplated purchasing a bare van and building it up myself. I finally decided that such an approach would set me back a year or more and it would not be as nicely finished as the factory version. Another factor was financing. Being that the RV has a bed and bath, it is possible to get 20 year financing, as with a home. I looked at a used Travato, but the previous year’s model lacked several features I liked in the new version, and it was only $8k less. By the end of January I was driving around in my own 2016 Travato.

Those of you who know me well, won’t be surprised that I had to  add my own touches to this new rig. My first goal was the spare tire carrier … these coaches do not come equipped with a spare tire, so I had to negotiate one with the sale. Dodge suspends their spare under the rear passenger side of the van, but Winnebago packs generators, batteries, propane and holding tanks along with other paraphernalia. I wanted mine to sit on the rear, but it had to swing out of the way to gain access through the rear doors. I also wanted a swing-away carrier system for my fat-tired electric bike. After a few false starts, I finally came up with a design that accomplished my goals.It took about 2½ weeks to work out all the kinks but by February 19 it was completed and I was pleased with the results.

I struggle to keep momentum on such projects. My energy level is not what I expect of myself. As long as I keep after it, moving the project along a piece at a time, eventually the goal is met. My next project was to install an inverter system and 3rd auxiliary battery inside the coach. I ordered a 2000 watt pure sine wave inverter, but I had to endure two deliveries of a 1000 watt unit. I ordered from a different Amazon vendor the third time and finally received the proper unit. By March 5th I had the battery and inverter project done and also some additional 12v outlets installed at locations I thought needed them. 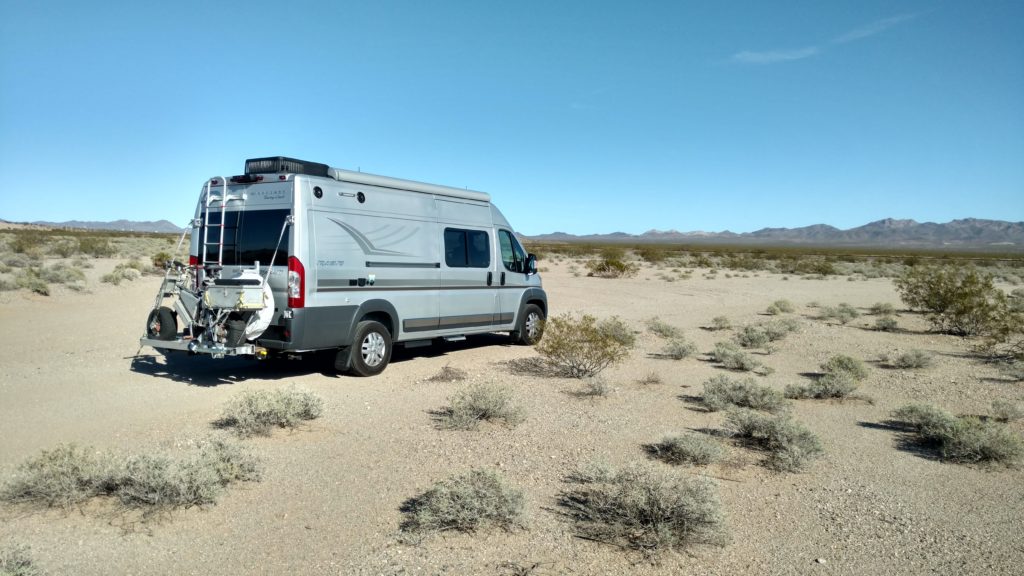 With all these mods implemented, Its time to get focused on packing all my chowder and deciding what should go with me and what should stay behind. I finally committed to my shakedown cruise on 2016-03-14.