Skip to content
Sagas » Excerpts From “The Teachings Of Don Juan” 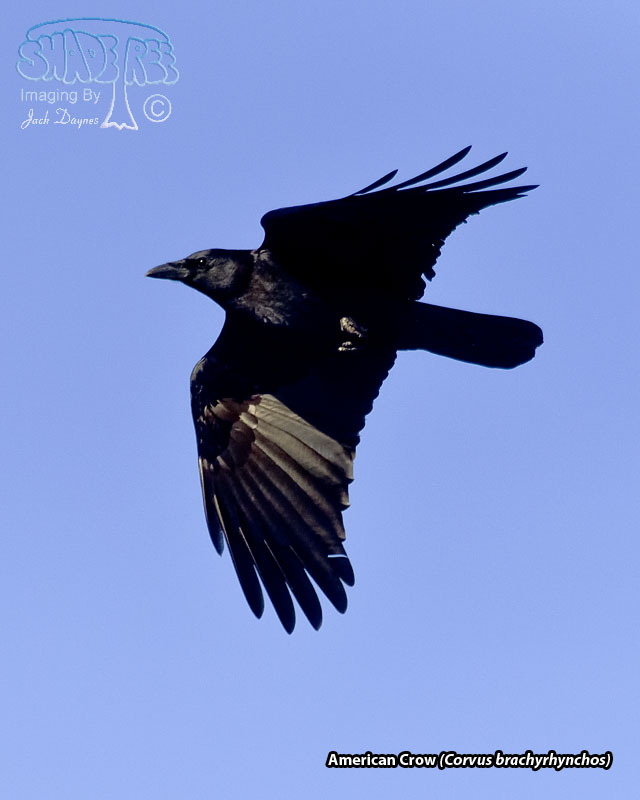 The following is not about birds, but mysticism.

In June of 1960, Carlos Castaneda was student of anthropology at UCLA. While pursuing the study of medicinal plants of the Native Americans of the southwest, he was introduced to a wise old medicine man (don Juan) in Arizona who was a Yaqui Indian from across the border in Sonora Mexico. After forming a friendship during the following year, he eventually becomes a student, or apprentice to don Juan. A series of books would evolve from this friendship. In the earliest books, especially the first (“The Teachings of Don Juan: A Yaqui Way of Knowledge”) there is an almost frustrating level of naivety on Carlos’s part, but through his dialog with don Juan, the reader is lead down the road through Carlos’ words into a fascinating mystical world.

Some critics have claimed the books are fiction, while others are convinced they are authentic. Either way, the reader benefits from the journey.

For me, the most profound discussion of any of these books starts on page 82 of the first book. I present this excerpt in the spirit that those who are yet unfamiliar with these works might investigate for themselves.

In our conversations, don Juan consistently used or referred to the phrase “man of knowledge,” but never explained what he meant by it. I asked him about it.

“A man of knowledge is one who has followed truthfully the hardships of learning,” he said. “A man who has, without rushing or without faltering, gone as far as he can in unraveling the secrets of power and knowledge.”

“Can anyone be a man of knowledge?”

“Then what must a man do to become a man of knowledge?”

“He must challenge and defeat his four natural enemies.”

“Will he be a man of knowledge after defeating these four enemies?”

“Yes. A man can call himself a man of knowledge only if he is capable of defeating all four of them.”

“Then, can anybody who defeats these enemies be a man of knowledge?”

“Anybody who defeats them becomes a man of knowledge.”

“But are there any special requirements a man must fulfill before fighting with these enemies?”

“What kind of enemies are they, don Juan?”

He refused to talk about the enemies. He said it would be a long time before the subject would make any sense to me. I tried to keep the topic alive and asked him if he thought I could become a man of knowledge. He said no man could possibly tell that for sure. But I insisted on knowing if there were any clues he could use to determine whether or not I had a chance of becoming a man of knowledge. He said it would depend on my battle against the four enemies—whether I could defeat them or would be defeated by them—but it was impossible to foretell the outcome of that fight.

I asked him if he could use witchcraft or divination to see the outcome of the battle. He flatly stated that the results of the struggle could not be foreseen by any means, because becoming a man of knowledge was a temporary thing. When I asked him to explain this point, he replied:

“You must tell me, don Juan, what kind of enemies they are.”

He did not answer. I insisted again, but he dropped the subject and started to talk about something else.

As I was getting ready to leave, I decided to ask him once more about the enemies of a man of knowledge. I argued that I could not return for some time, and it would be a good idea to write down what he had to say and then think about it while I was away.

He hesitated for a while, but then began to talk. “When a man starts to learn, he is never clear about his objectives. His purpose is faulty; his intent is vague. He hopes for rewards that will never materialize for he knows nothing of the hardships of learning.

“He slowly begins to learn—bit by bit at first, then in big chunks. And his thoughts soon clash. What he learns is never what he pictured, or imagined, and so he begins to be afraid. Learning is never what one expects. Every step of learning is a new task, and the fear the man is experiencing begins to mount mercilessly, unyieldingly. His purpose becomes a battlefield.

“And thus he has stumbled upon the first of his natural enemies: Fear! A terrible enemy—treacherous, and difficult to overcome. It remains concealed at every turn of the way, prowling, waiting. And if the man, terrified in its presence, runs away, his enemy will have put an end to his quest.”

“What will happen to the man if he runs away in fear?”

“Nothing happens to him except that he will never learn. He will never become a man of knowledge. He will perhaps be a bully, or a harmless, scared man; at any rate, he will be a defeated man. His first enemy will have put an end to his cravings.”

“And what can he do to overcome fear?”

“The answer is very simple. He must not run away. He must defy his fear, and in spite of it he must take the next step in learning, and the next, and the next. He must be fully afraid, and yet he must not stop. That is the rule! And a moment will come when his first enemy retreats. The man begins to feel sure of himself. His intent becomes stronger. Learning is no longer a terrifying task.

“When this joyful moment comes, the man can say without hesitation that he has defeated his first natural enemy.”

“Does it happen at once, don Juan, or little by little?”

“It happens little by little, and yet the fear is vanquished suddenly and fast.”

“But won’t the man be afraid again if something new happens to him?”

“No. Once a man has vanquished fear, he is free from it for the rest of his life because, instead of fear, he has acquired clarity—a clarity of mind which erases fear. By then a man knows his desires; he knows how to satisfy those desires. He can anticipate the new steps of learning, and a sharp clarity surrounds everything. The man feels that nothing is concealed.

“And thus he has encountered his second enemy: Clarity! That clarity of mind, which is so hard to obtain, dispels fear, but also blinds.

“It forces the man never to doubt himself. It gives him the assurance he can do anything he pleases, for he sees clearly into everything. And he is courageous because he is clear, and he stops at nothing because he is clear. But all that is a mistake; it is like something incomplete. If the man yields to this make-believe power, he has succumbed to his second enemy and will be patient when he should rush. And he will fumble with learning until he winds up incapable of learning anything more.”

“What becomes of a man who is defeated in that way, don Juan? Does he die as a result?”

“No, he doesn’t die. His second enemy has just stopped him cold from trying to become a man of knowledge; instead, the man may turn into a buoyant warrior, or a clown. Yet the clarity for which he has paid so dearly will never change to darkness and fear again. He will be clear as long as he lives, but he will no longer learn, or yearn for, anything.”

“But what does he have to do to avoid being defeated?”

“He must do what he did with fear: he must defy his clarity and use it only to see, and wait patiently and measure carefully before taking new steps; he must think, above all, that his clarity is almost a mistake. And a moment will come when he will understand that his clarity was only a point before his eyes. And thus he will have overcome his second enemy, and will arrive at a position where nothing can harm him anymore. This will not be a mistake. It will not be only a point before his eyes. It will be true power.

“He will know at this point that the power he has been pursuing for so long is finally his. He can do with it whatever he pleases. His ally is at his command. His wish is the rule. He sees all that is around him. But he has also come across his third enemy: Power!

“Power is the strongest of all enemies. And naturally the easiest thing to do is to give in; after all, the man is truly invincible. He commands; he begins by taking calculated risks, and ends in making rules, because he is a master.

“A man at this stage hardly notices his third enemy closing in on him. And suddenly, without knowing, he will certainly have lost the battle. His enemy will have turned him into a cruel, capricious man.”

“Will he lose his power?”

“No, he will never lose his clarity or his power.”

“What then will distinguish him from a man of knowledge?”

“A man who is defeated by power dies without really knowing how to handle it. Power is only a burden upon his fate. Such a man has no command over himself, and cannot tell when or how to use his power.”

“Is the defeat by any of these enemies a final defeat?”

“Of course it is final. Once one of these enemies overpowers a man there is nothing he can do.”

“Is it possible, for instance, that the man who is defeated by power may see his error and mend his ways?”

“No. Once a man gives in he is through.”

“But what if he is temporarily blinded by power, and then refuses it?”

“That means his battle is still on. That means he is still trying to become a man of knowledge. A man is defeated only when he is no longer tries, and abandons himself.”

“But then, don Juan, it is possible that a man may abandon himself to fear for years, but finally conquer it.”

“How can he defeat his third enemy, don Juan?”

“He has to defy it, deliberately. He has to come to realize the power he has seemingly conquered is in reality never his. He must keep himself in line at all times, handling carefully and faithfully all that he has learned. If he can see that clarity and power, without his control over himself, are worse than mistakes, he will reach a point where everything is held in check. He will know then when and how to use his power. And thus he will have defeated his third enemy.

“The man will be, by then, at the end of his journey of learning, and almost without warning he will come upon the last of his enemies: Old age! This enemy is the cruelest of all, the one he won’t be able to defeat completely, but only fight away.

“This is the time when a man has no more fears, no more impatient clarity of mind—a time when all his power is in check, but also the time when he has an unyielding desire to rest. If he gives in totally to his desire to lie down and forget, if he soothes himself in tiredness, he will have lost his last round, and his enemy will cut him down into a feeble old creature. His desire to retreat will overrule all his clarity, his power, and his knowledge.

“But if the man sloughs off his tiredness, and lives his fate through, he can then be called a man of knowledge, if only for the brief moment when he succeeds in fighting off his last, invincible enemy. That moment of clarity, power, and knowledge is enough.”