Allen’s, and Rufous Hummingbirds are very difficult to differentiate in the field. The Allen’s Hummingbird breeds only along a narrow strip of coastal California and southern Oregon, where moist summer fog keeps things cool and wet most of the time.

The non-migratory subspecies of Allen’s Hummingbird (S. s. sedentarius) was first described by Joseph Grinnell in 1929. In recent decades, this race has expanded their range into the Los Angeles basin and the coastal strip south to San Diego. Measurements show their bill-length and wing-length is approximately 15% longer than their long-distance migrating cousins (S. s. sasin). Another difference between these two races, is their choice of habitat. Where S. s. sasin prefers undisturbed areas for nesting, S. s. sedentarius is quite at home in human settled neighborhoods.

I have high confidence with some of the identities of the Allen’s Hummingbirds I’ve photographed, but there’s always a risk of confusing them with Rufous Hummingbirds (Selasphorus rufus). Most experienced birders caution against committing to a fixed ID. Rather, they advise us to call them a Selasphorus-type hummingbird. 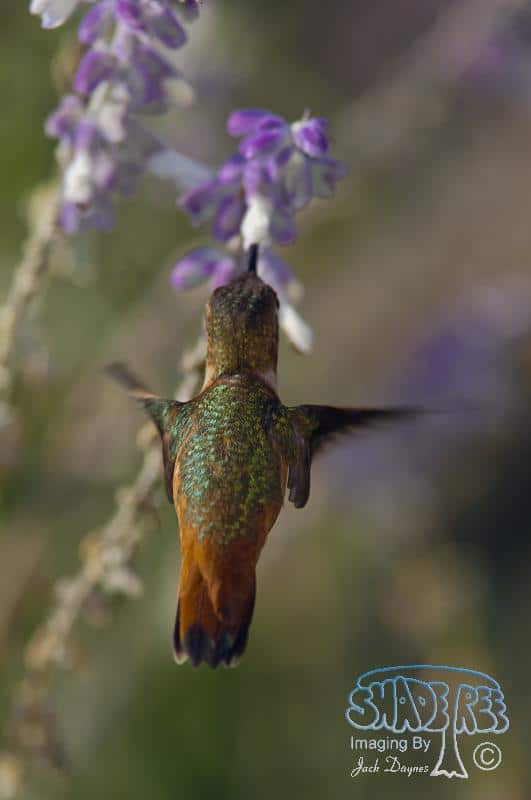 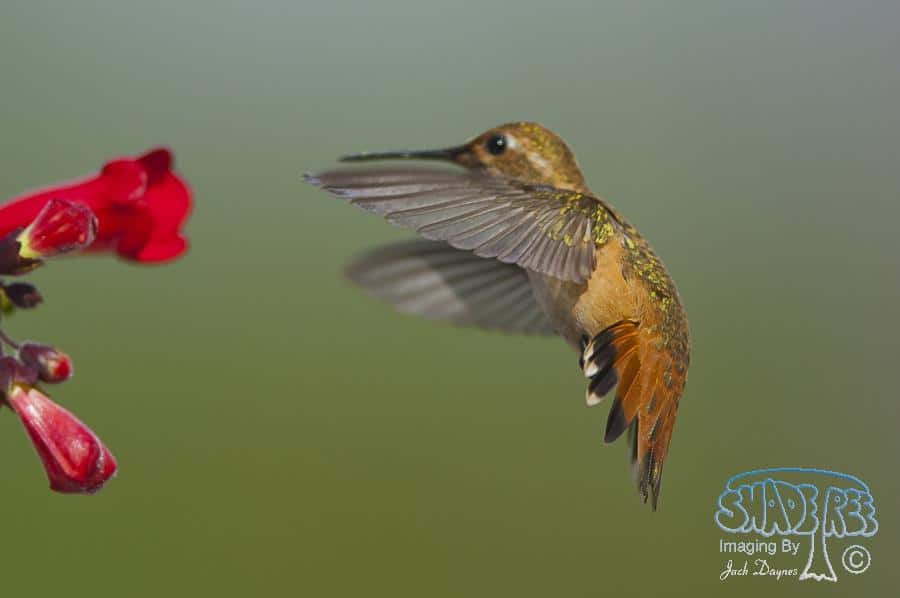 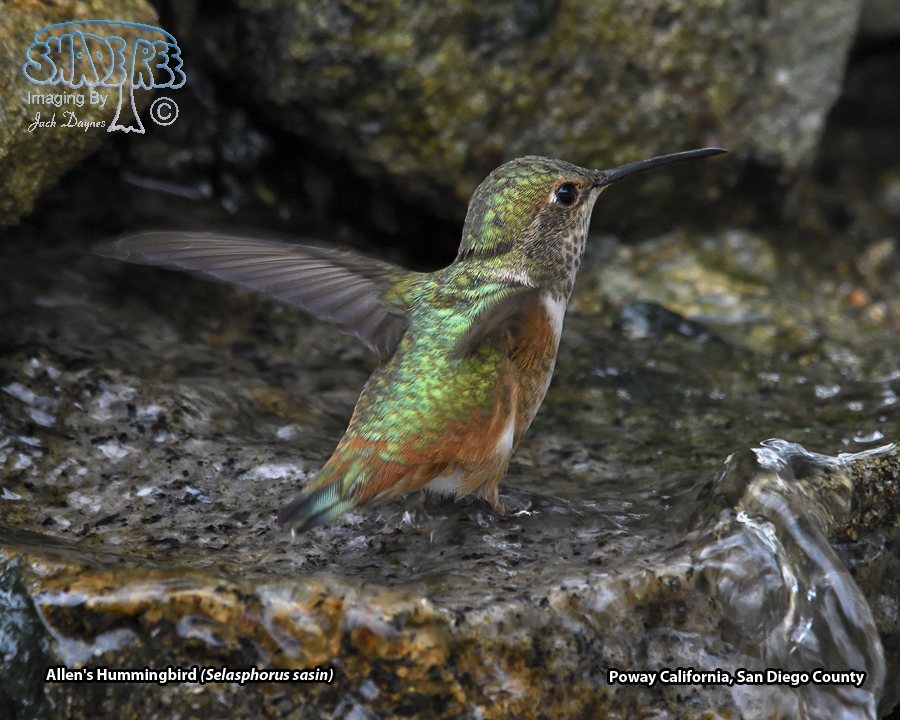 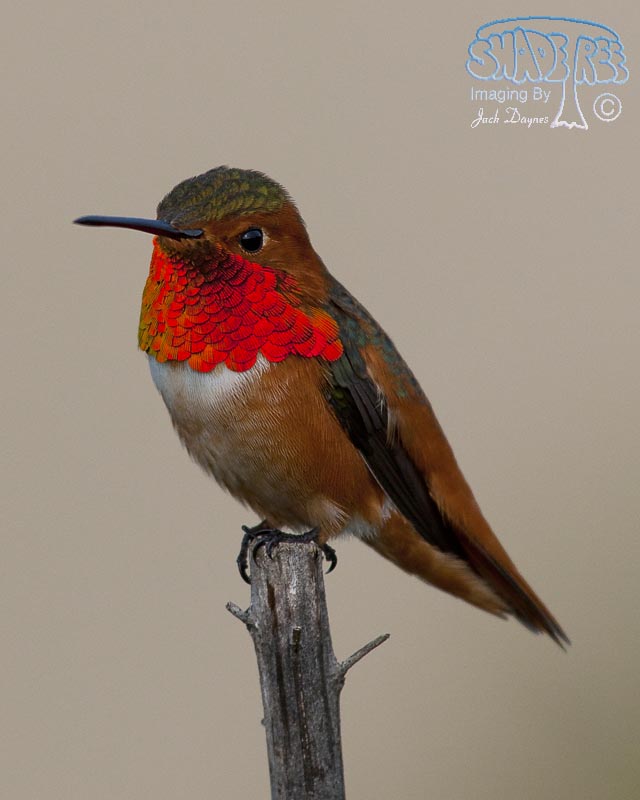 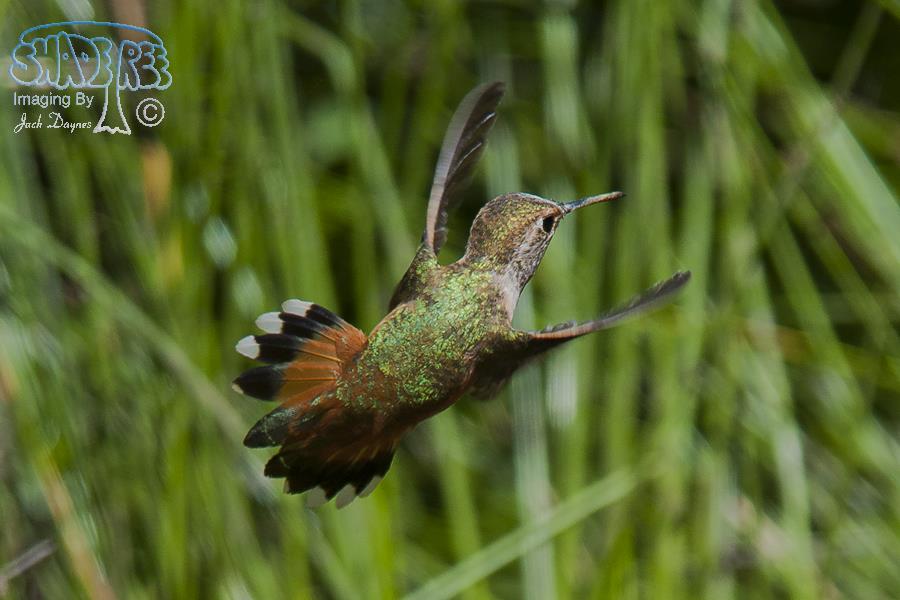 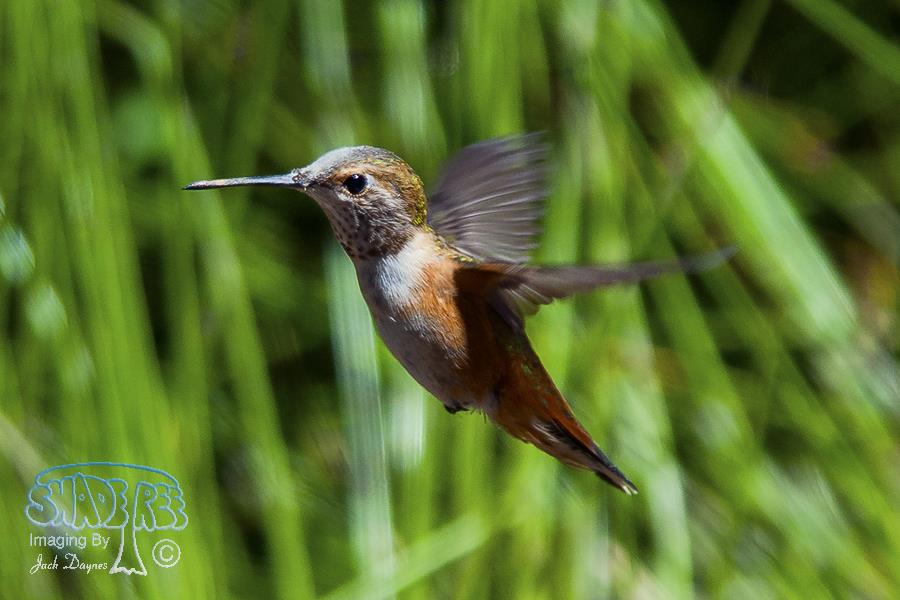 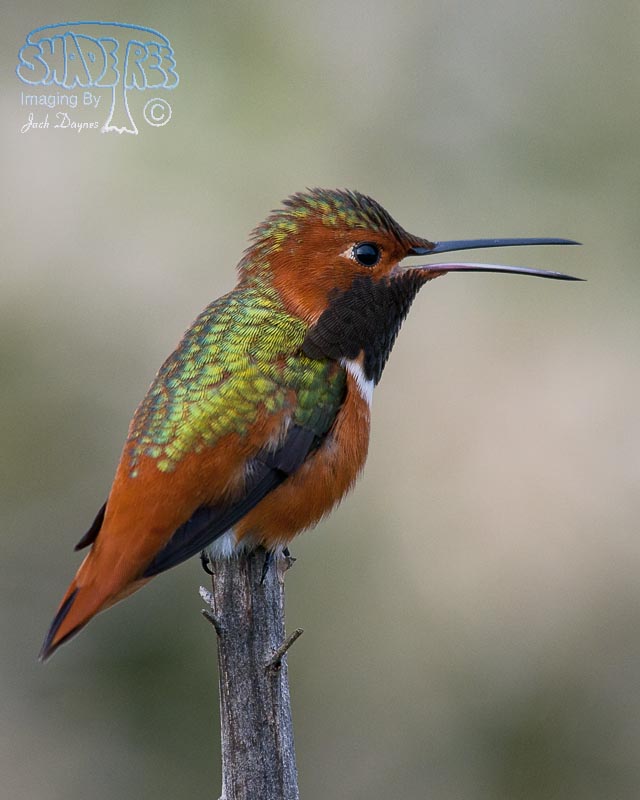 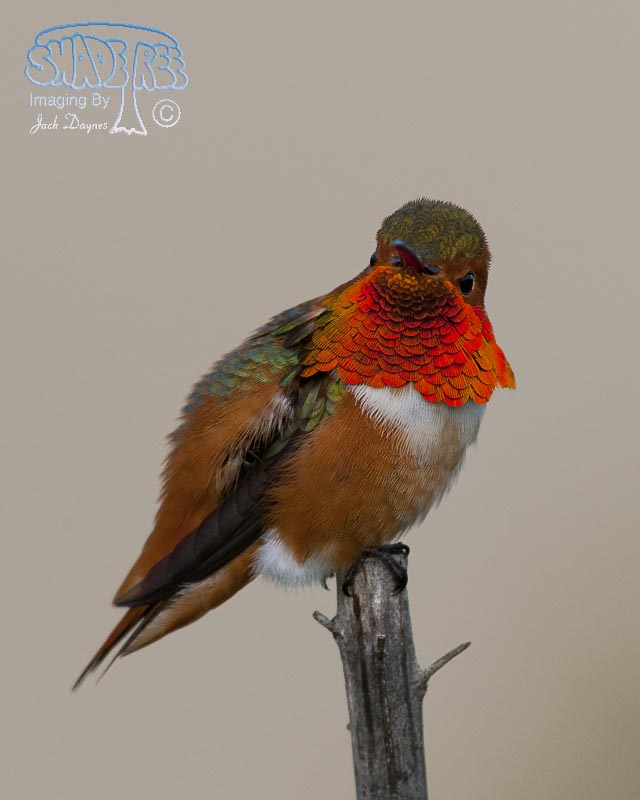 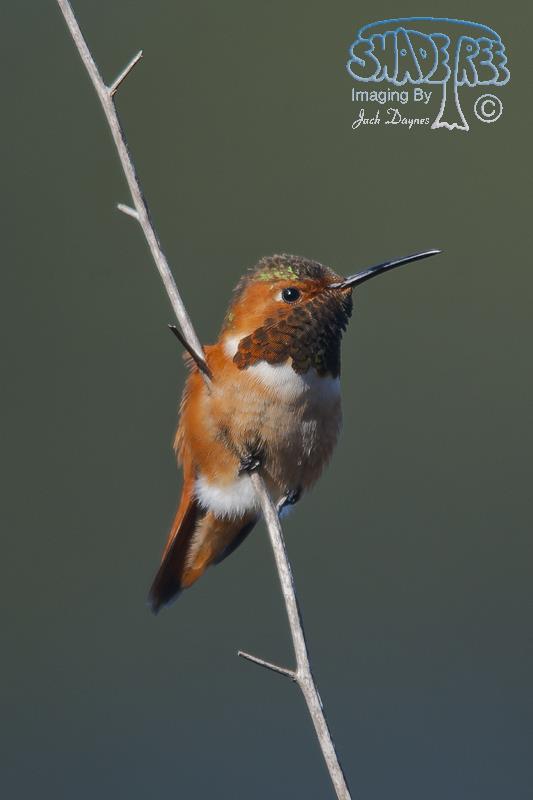 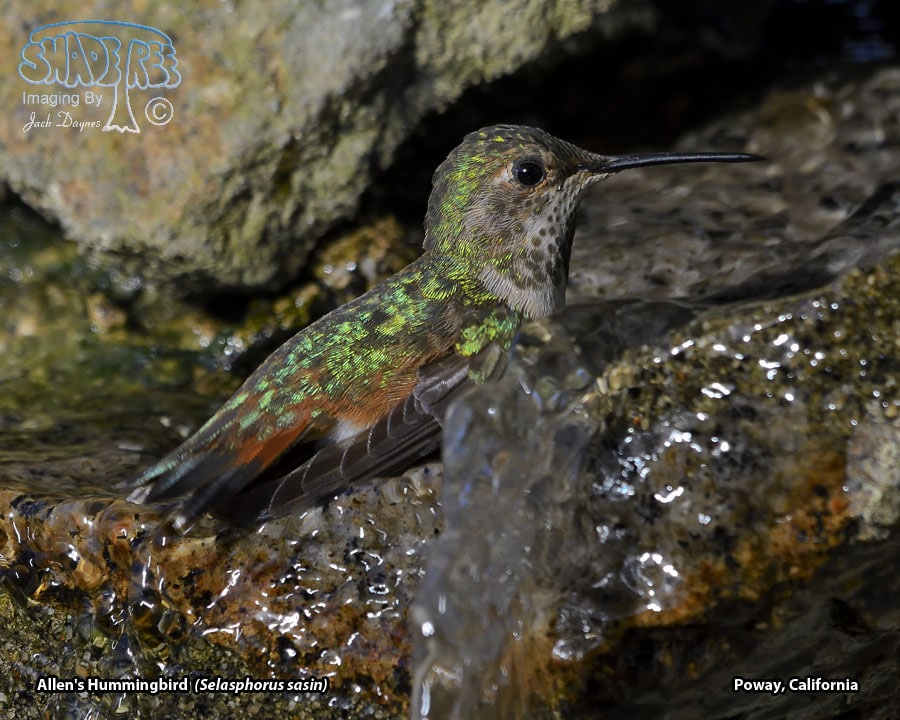