There are two distinct populations of these birds, with no apparent overlap in their respective ranges. One group lives on the North American west coast from British Columbia into northern Baja California (Mexico). In southern California and north to San Francisco and Lake Tahoe, these birds are resident year round.

The second group visits the southern inter-mountain states of the USA only in summer and spends winters in higher elevations throughout Mexico, Central America and south to northern Argentina.

Taxonomist believe there are six or more subspecies (in two groups) of Band-Tailed Pigeon, but many feel this species requires further investigation and redefinition:

The North American population has suffered an over 60% decline since 1966. Unregulated hunting has taken a huge toll on these birds, especially in the late nineteenth and early twentieth centuries. Several states continue to allow hunting of these birds.

My experience with these birds has shown them to be shy and cautious subjects. The only meetings I’ve had were in the mountains in the Peninsular Ranges in east San Diego County. Often the only clues they provide to their presence is the loud wing-flapping as they leave their high perches ahead of me, to pursue a perch even further away. 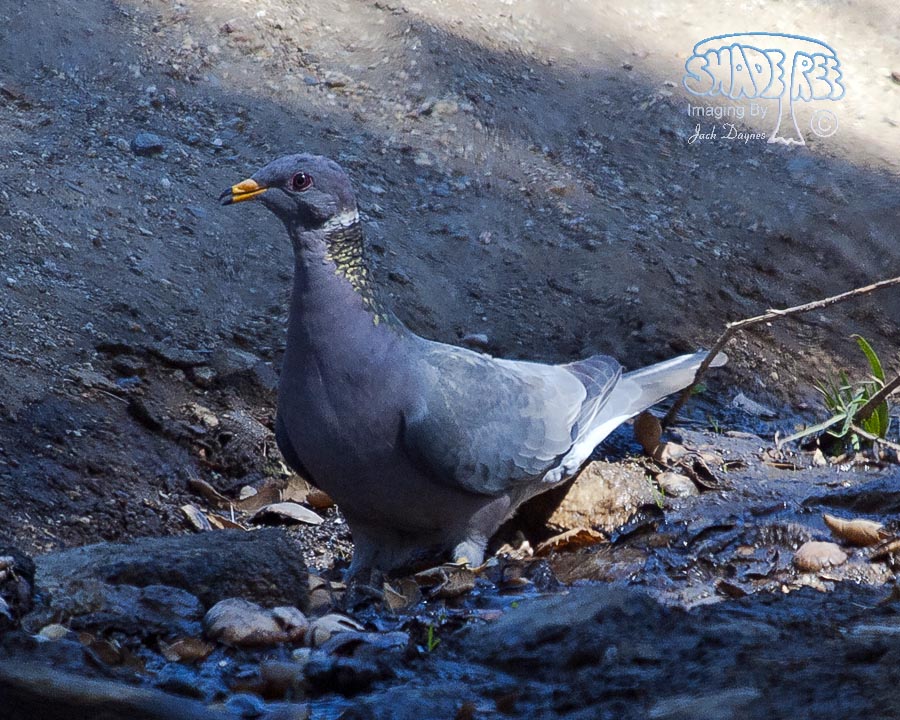 Up-slope along Old Mine Road, to the Montezuma Mines near Ranchita, California. San Diego County. 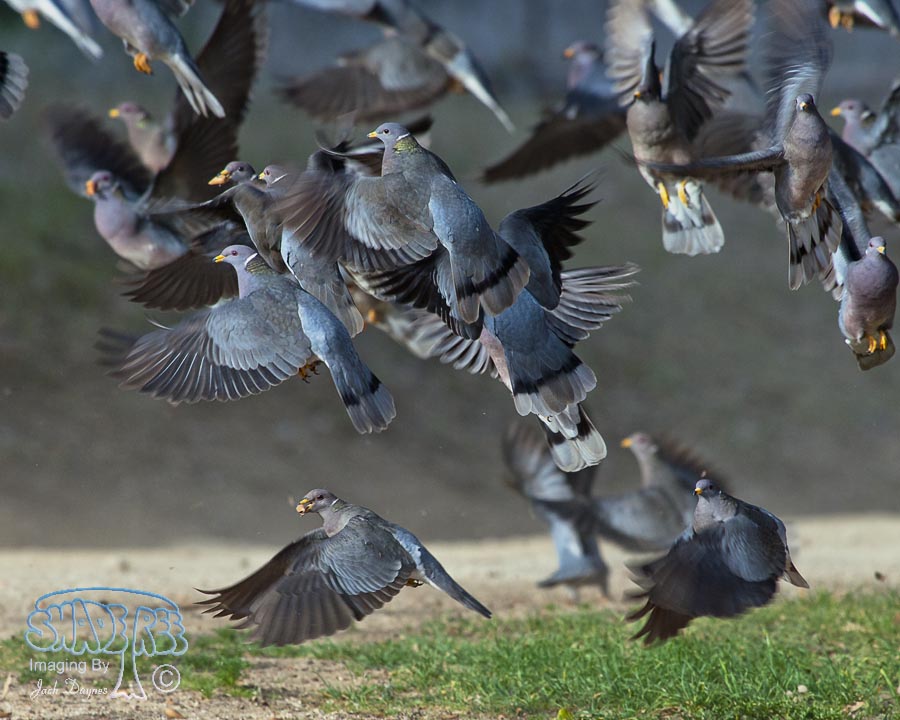 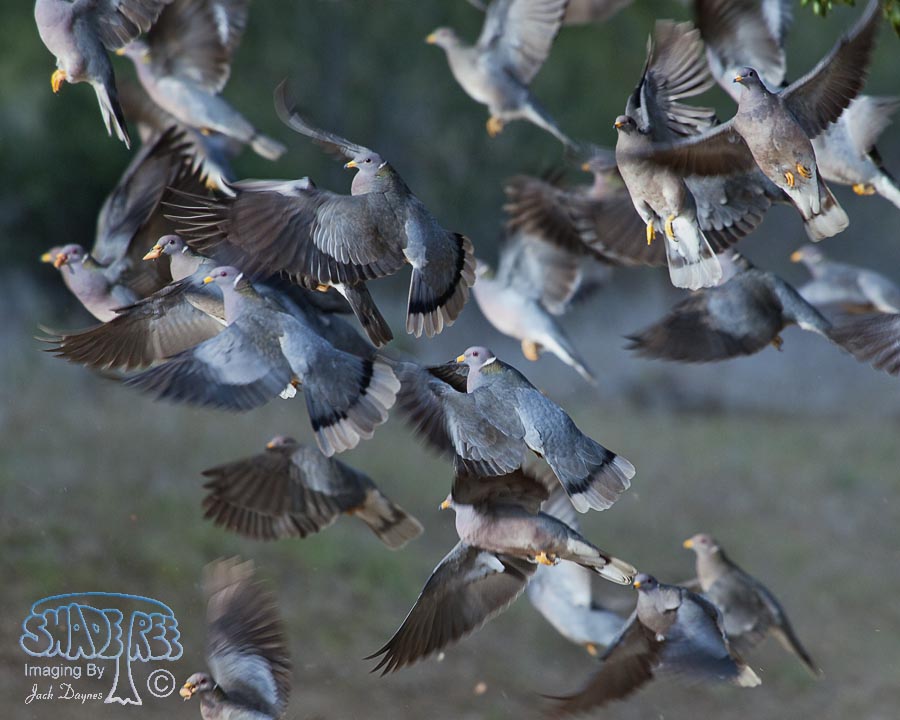 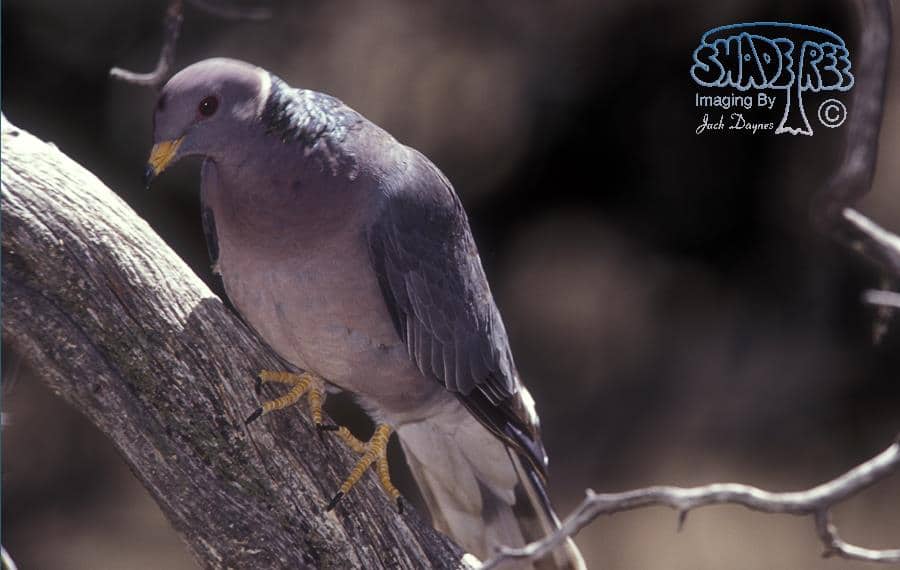 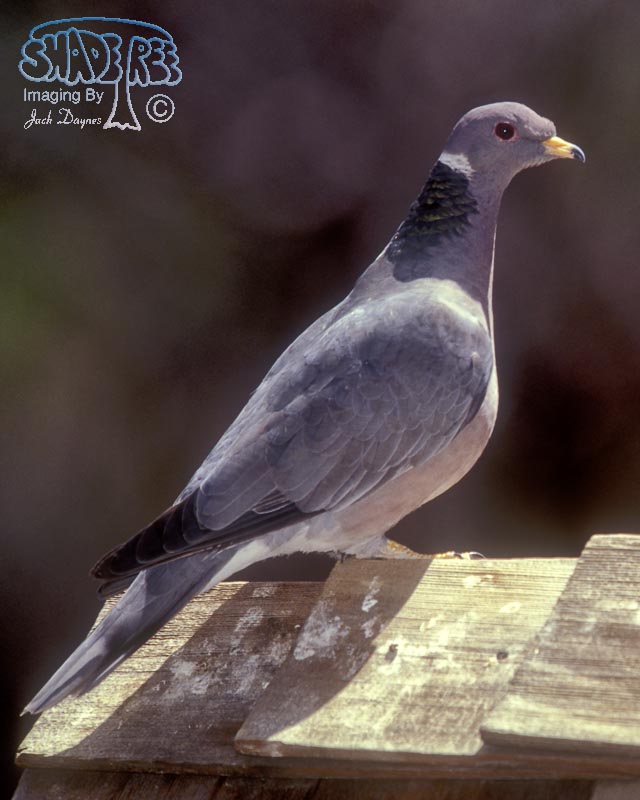 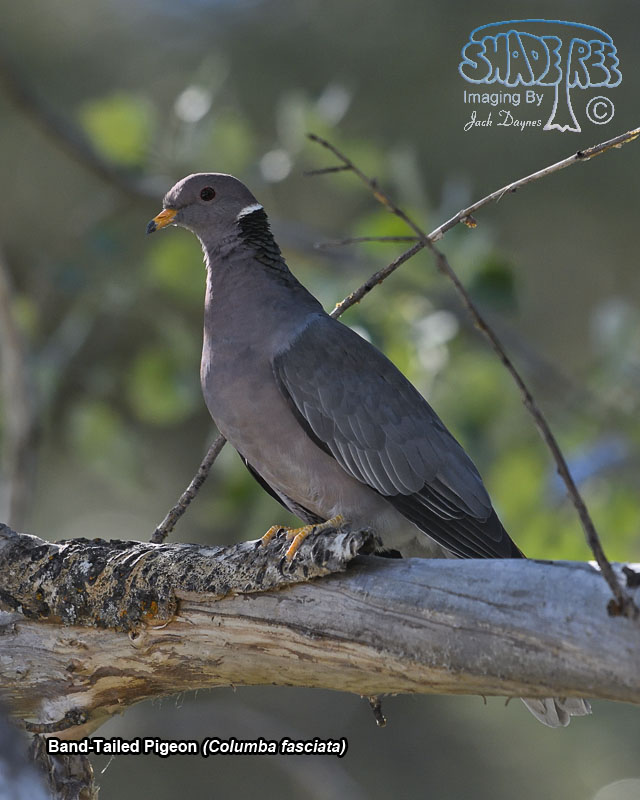 This normally shy bird allowed me but a few seconds to capture images in the town of Mount Laguna, in the coastal mountains of San Diego County California.