This bird’s breeding habitat is near inland bodies of waters or coasts across most of Canada, Alaska and the United States. They migrate from the northern parts of its range to the southern United States, Mexico, Central America, the West Indies and northern South America in winter.

Their prolonged rattling call, as they fly from one foraging perch to another, will give them away long before most of us will put eyes on them. These birds are often shy, and difficult to photograph, but if you are lucky, you may catch on hovering over a shallow water body prior to its dive to capture a fish.

Belted Kingfishers nest in burrows along river banks, but sometimes will use road-cut cliff banks to dig their nest holes. This recent adaptation has allowed these birds to expand their range into areas previously unused.

Here’s a bit of bird-trivia: Kingfishers have a unique arrangement of toes on their feet they share with bee-eaters and rollers called Syndactyly. As with most birds, three toes point forward and the fourth points to the rear. But in these birds, the middle and outer toes are partially fused. 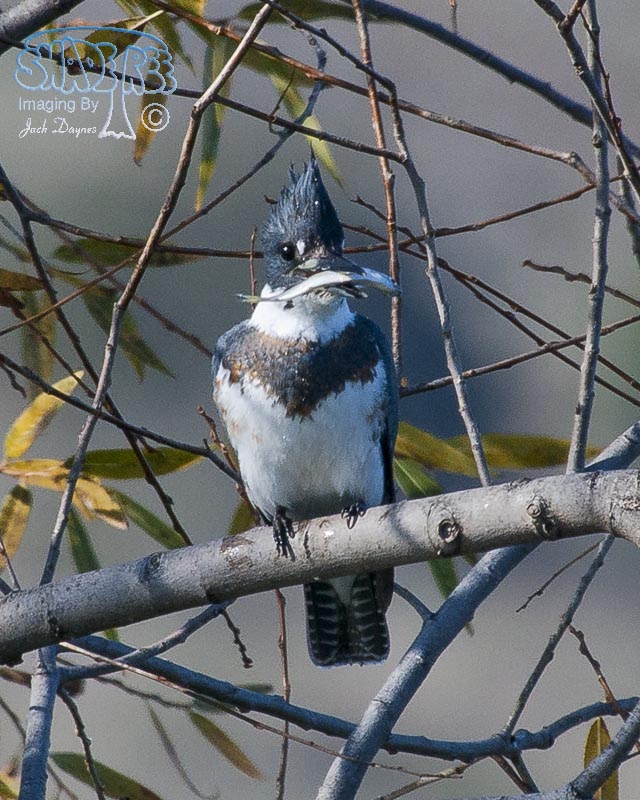 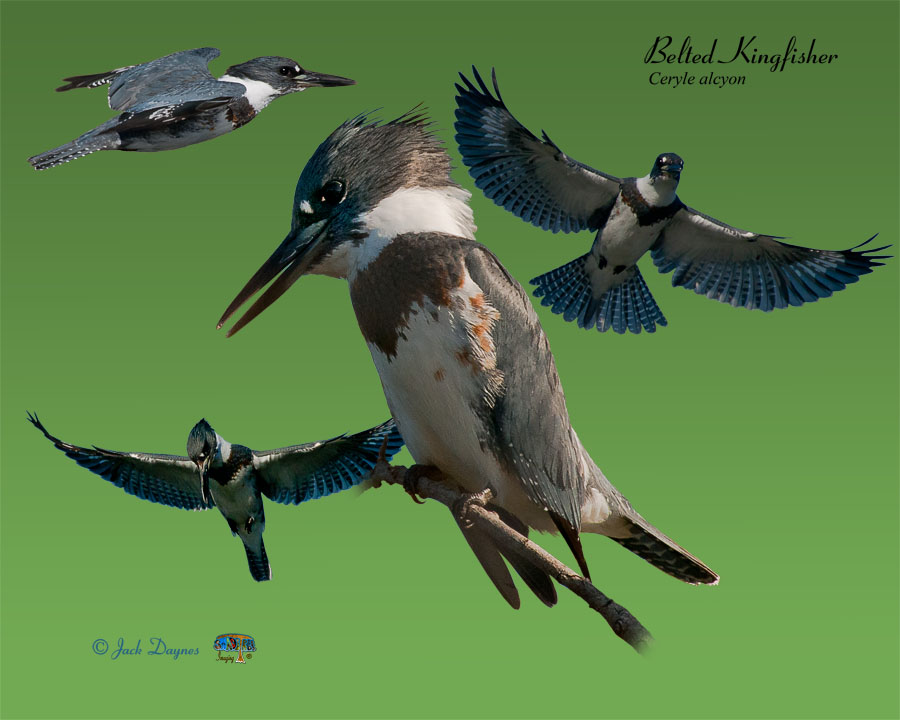 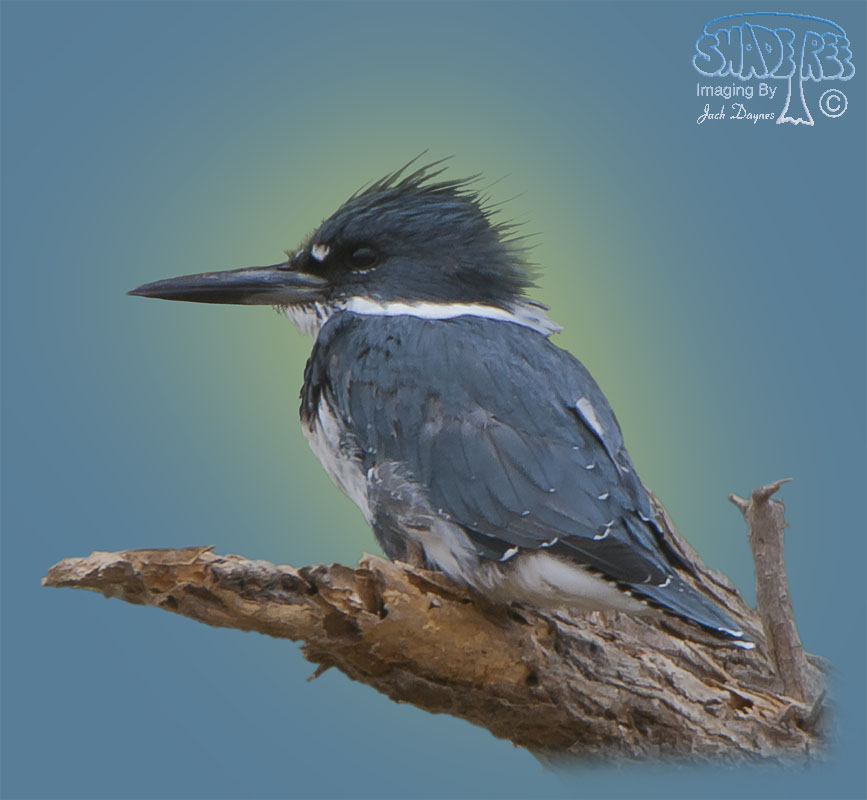 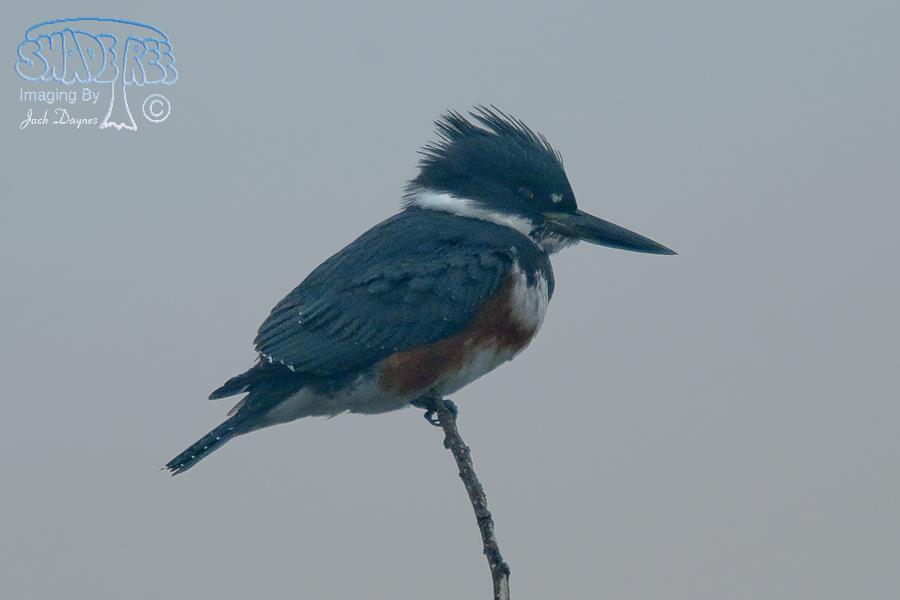 Someday I hope to meet some "non-belted" versions of these birds. Gray Lodge Wildlife Area in Butte County, California. 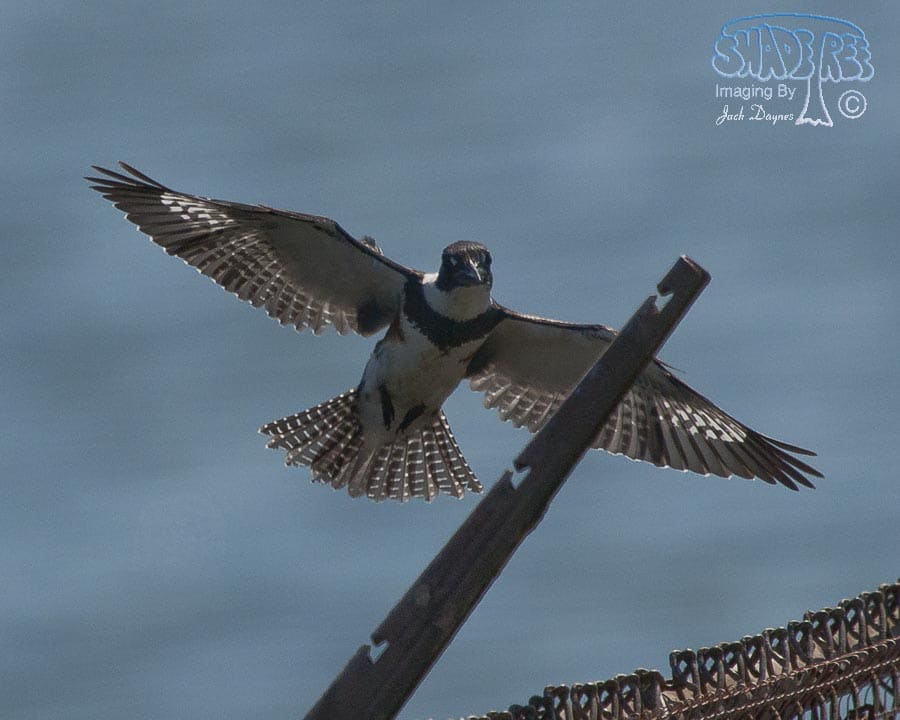 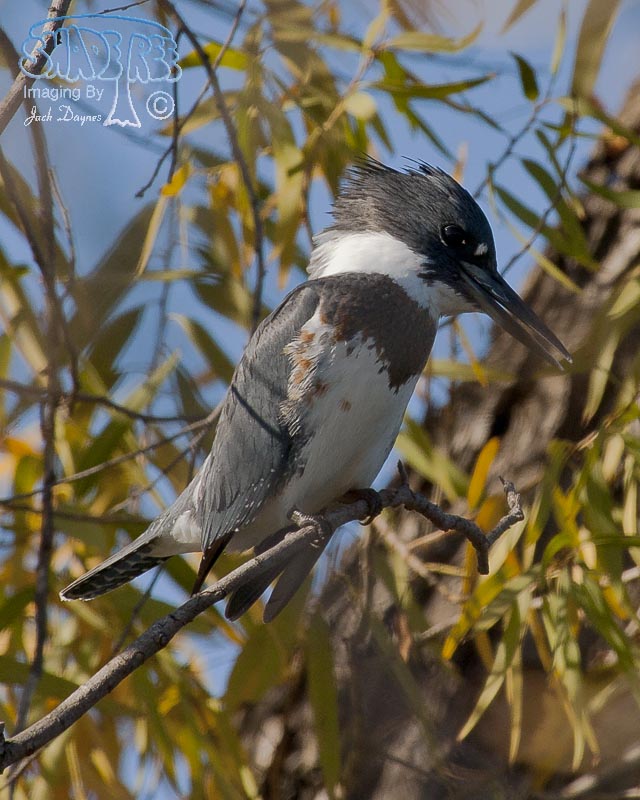 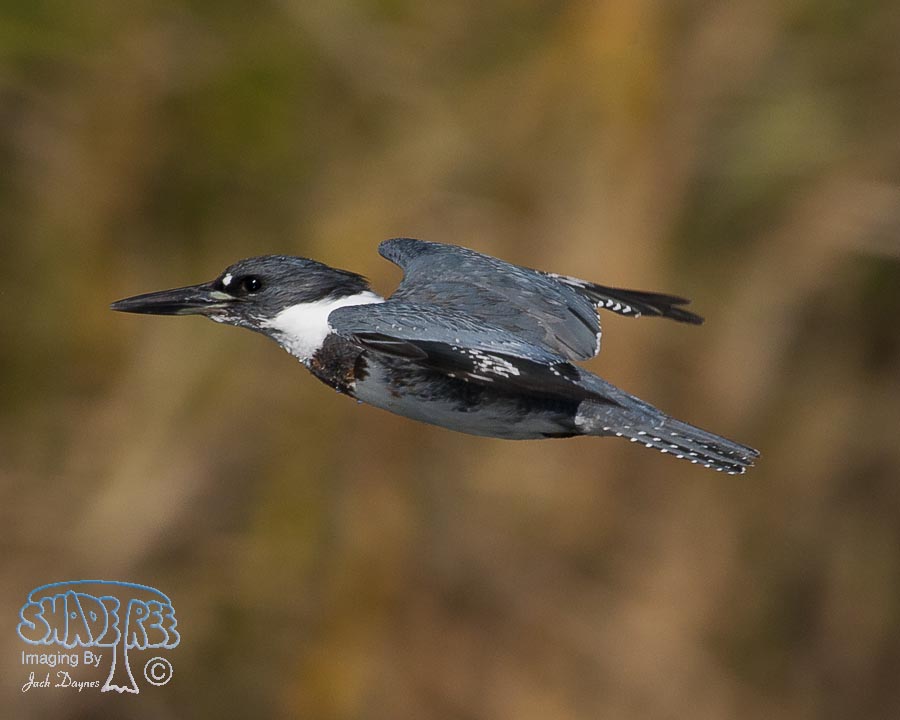 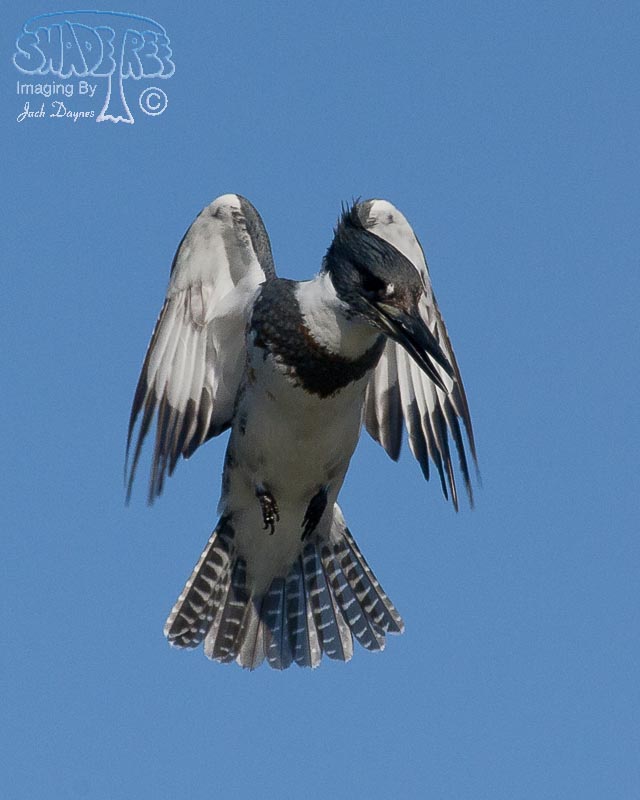 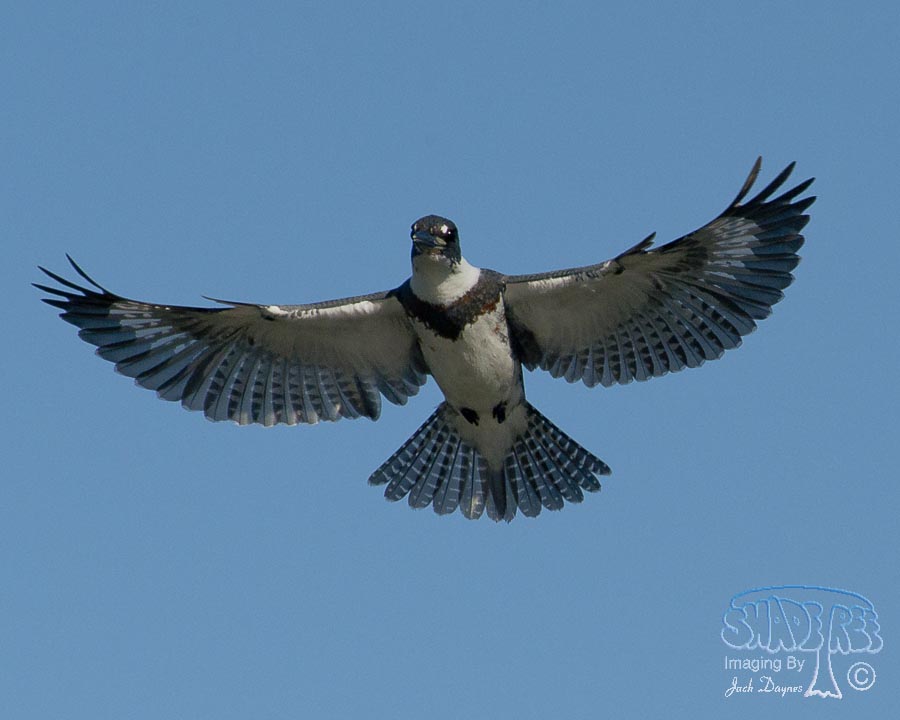 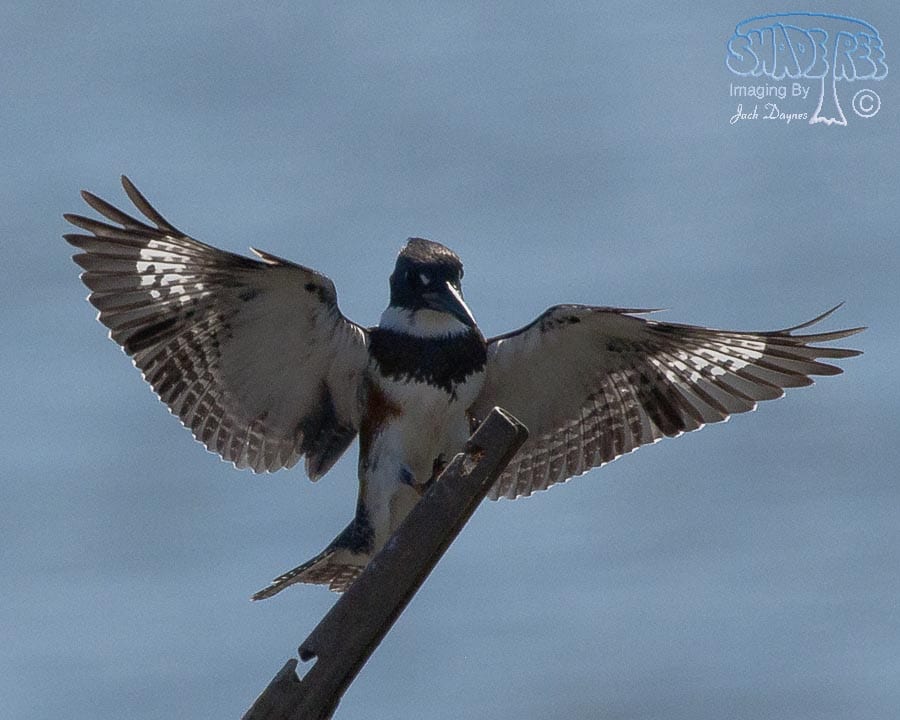 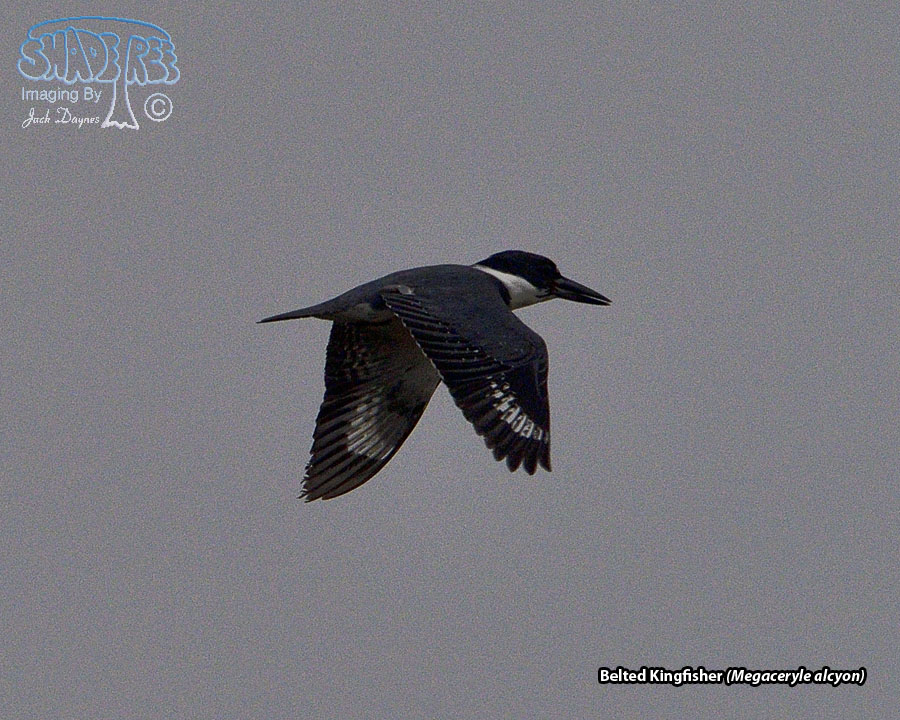 Belted Kingfishers on South Padre Island teased me with distant fly-bys. For my final winter expedition from my Brownsville camp, I chose South Padre Island. The drive to the island crosses Bahia Grande, where I stopped to look for waders, gulls and shorebirds.