At one time this animal was considered to be conspecific with the Dusky-Footed Woodrat (N. fuscipes), which ranges from central California north to southern Oregon. Now split from the “Dusky-Footed” group, this animal is called the “Big-Eared” Woodrat. It’s former name describes the dark patches on the back of its feet that distinguish it from the slightly smaller Bryant’s Woodrat (N. bryanti) that might be found nearby.

The nests of C. macrotis are large, almost the size of beaver lodges. The presence of their nests easily gives away that this animal resides in the area. 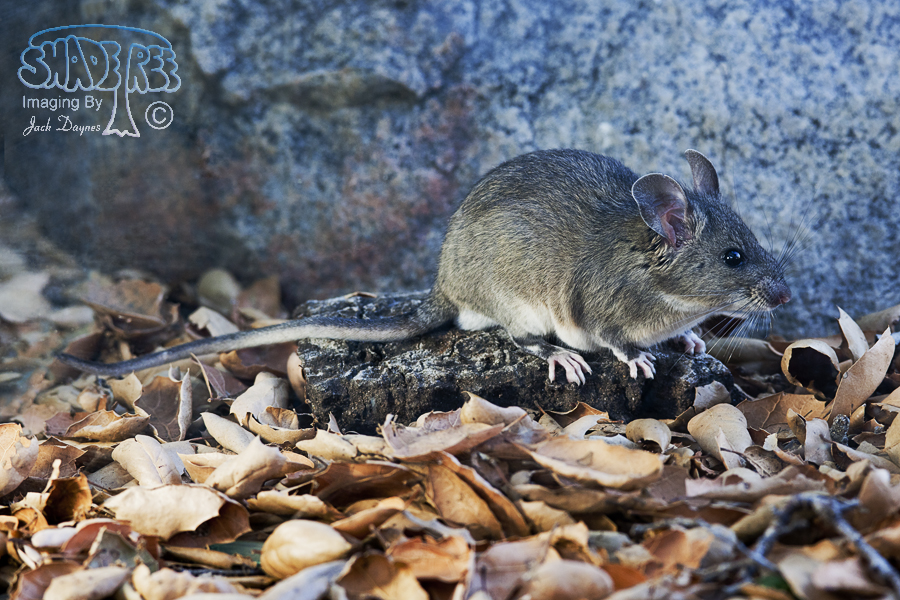 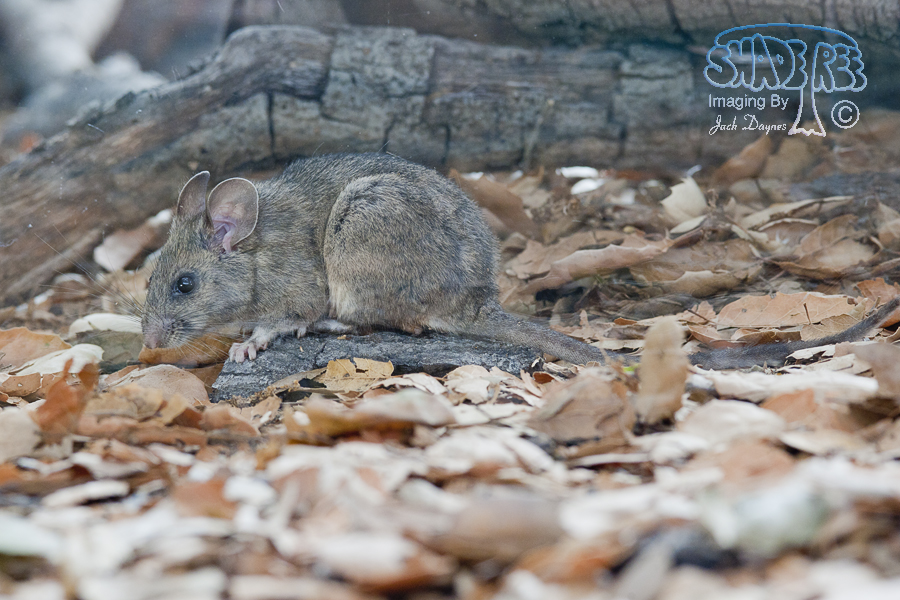 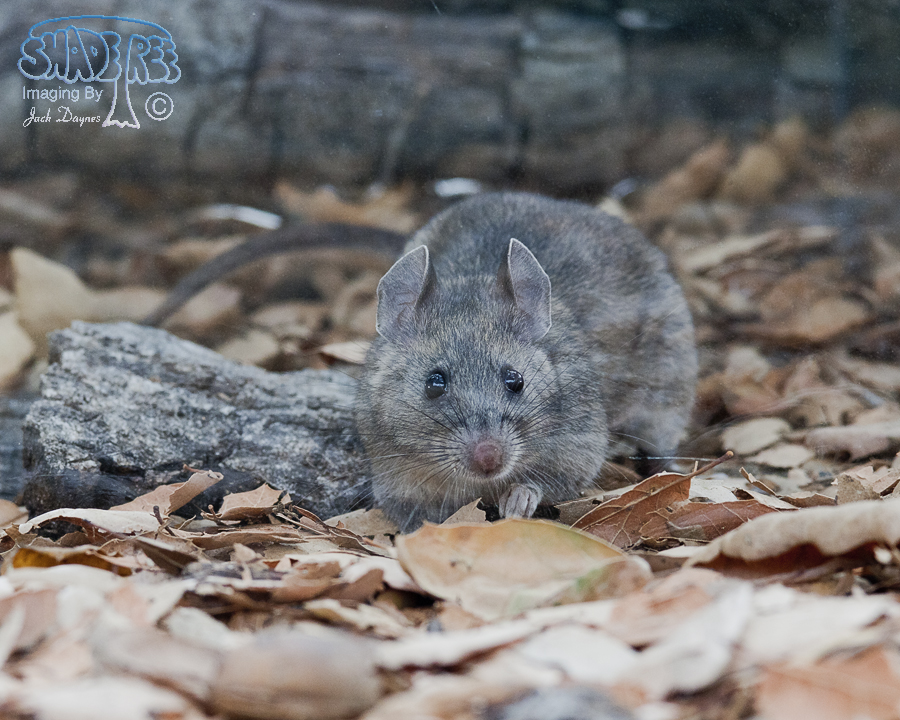 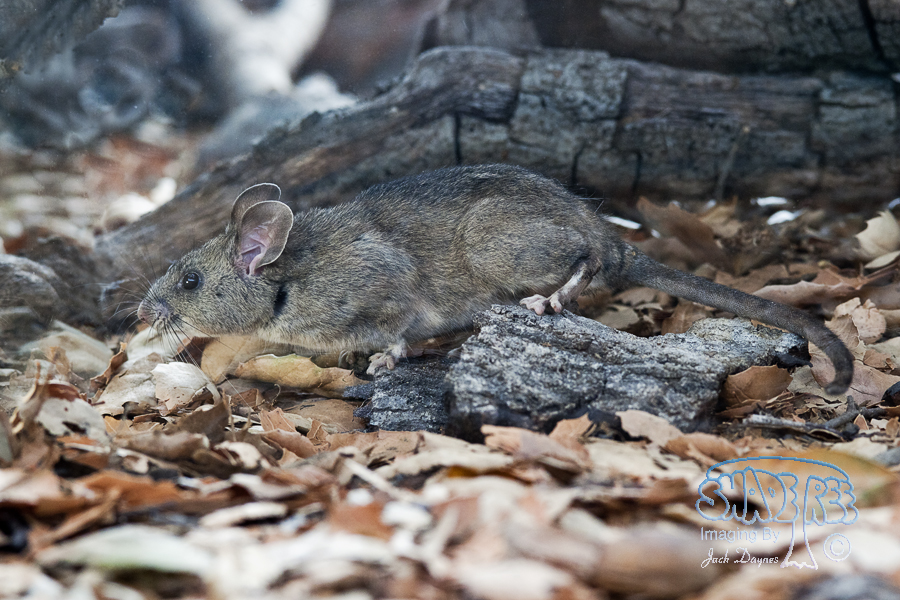 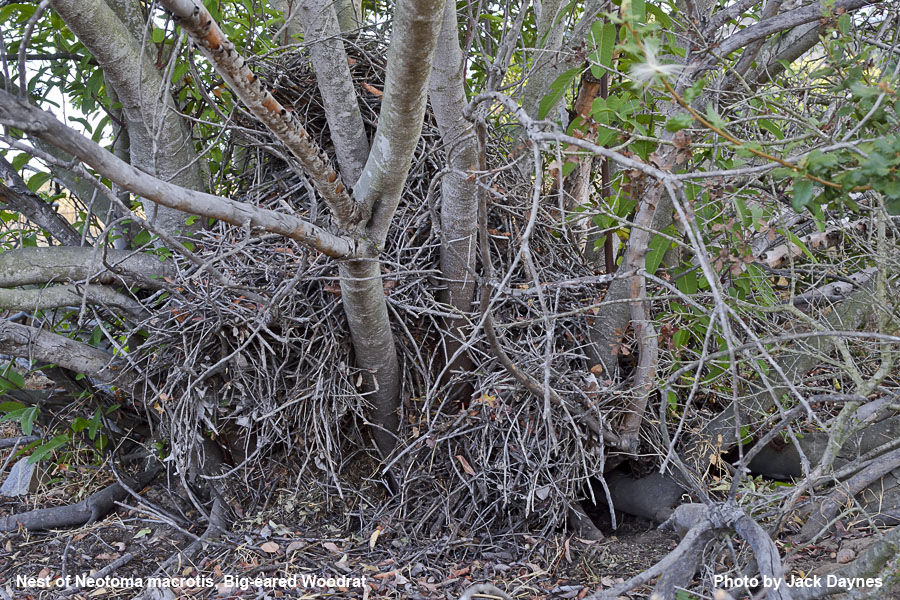 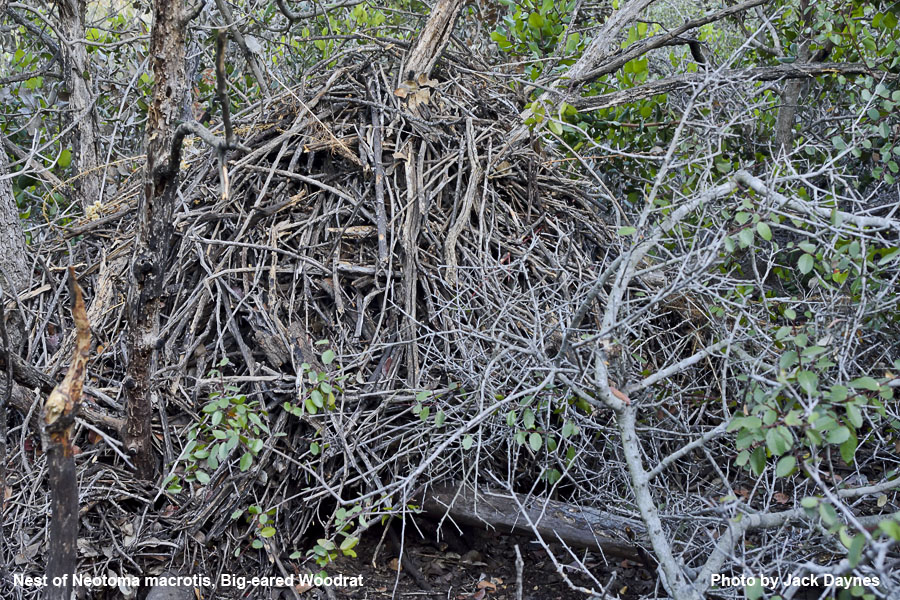 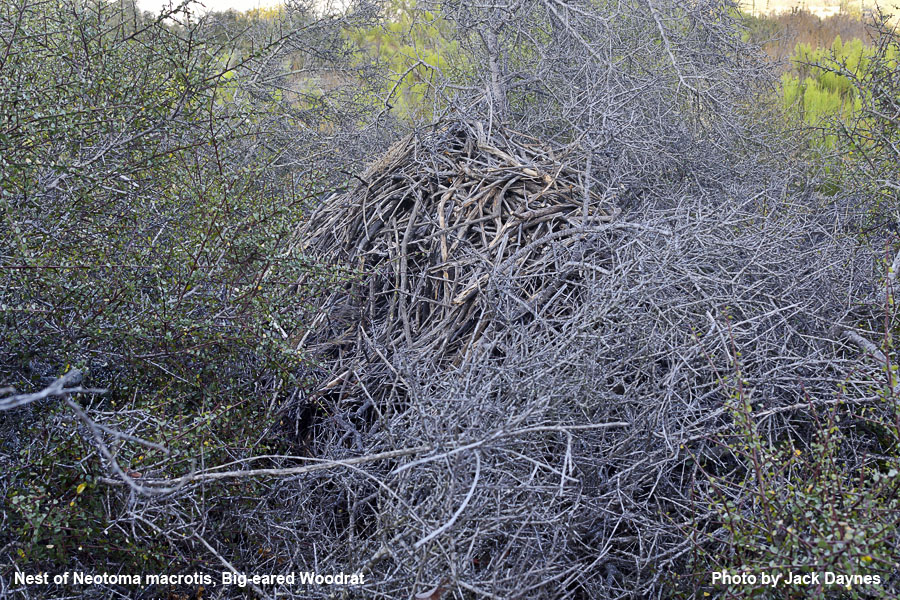 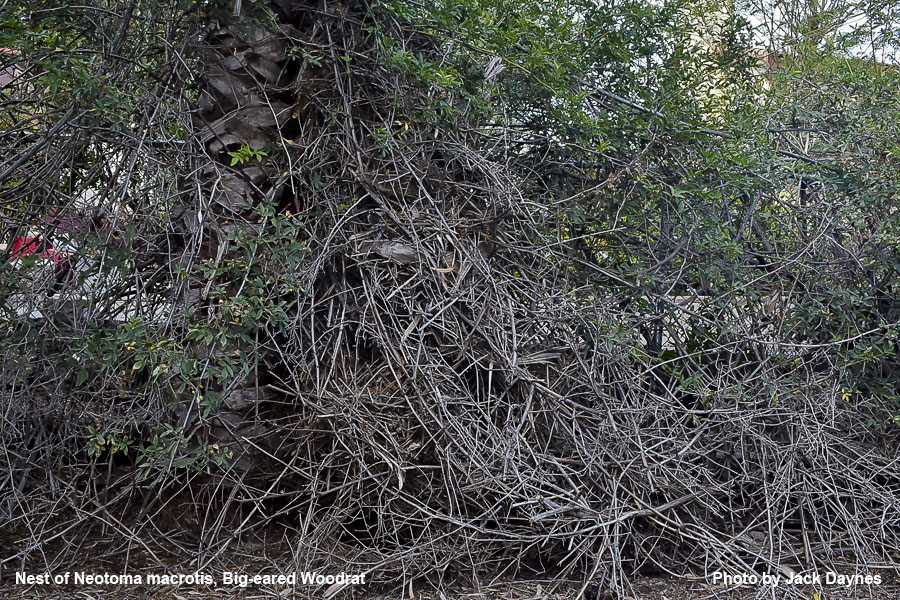 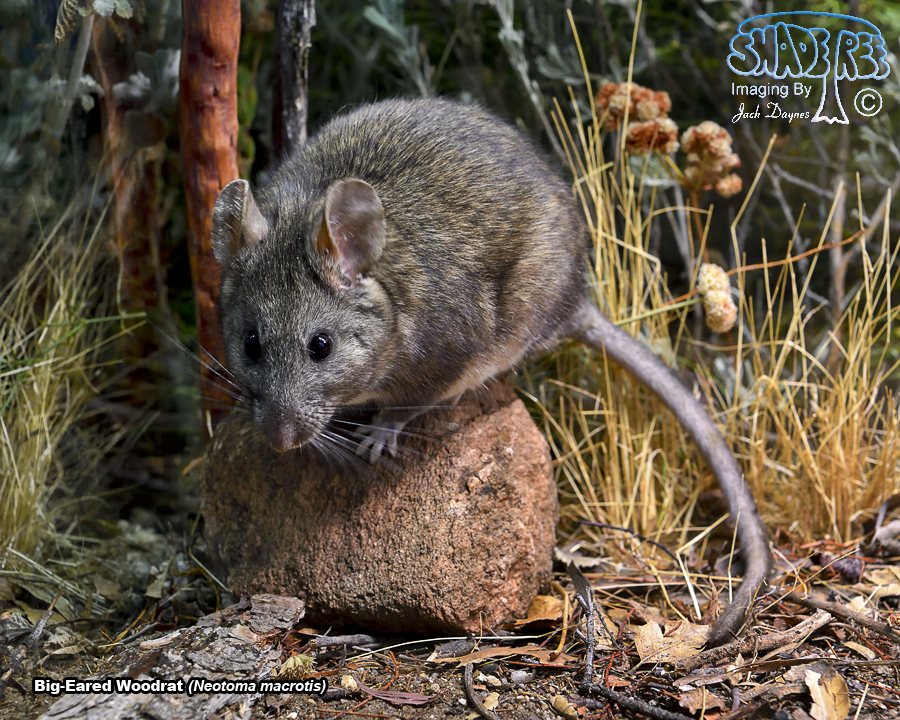 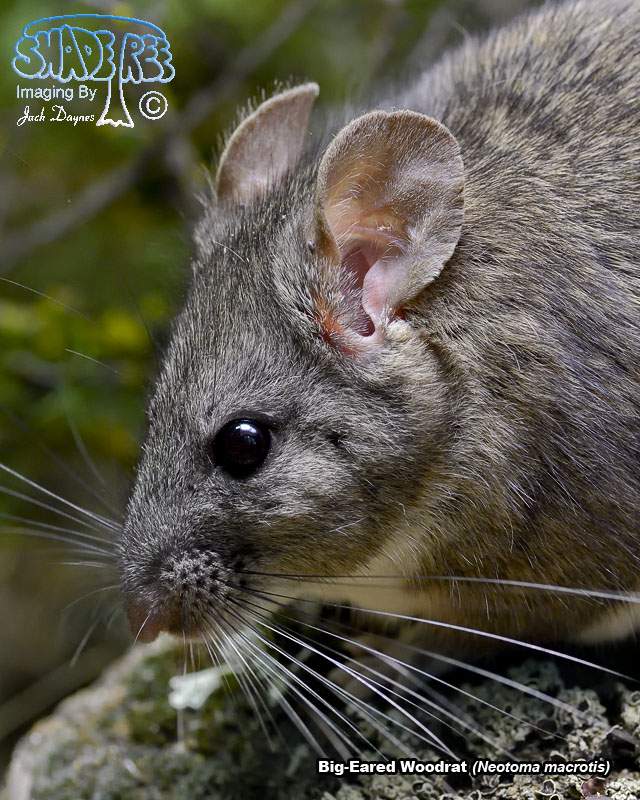 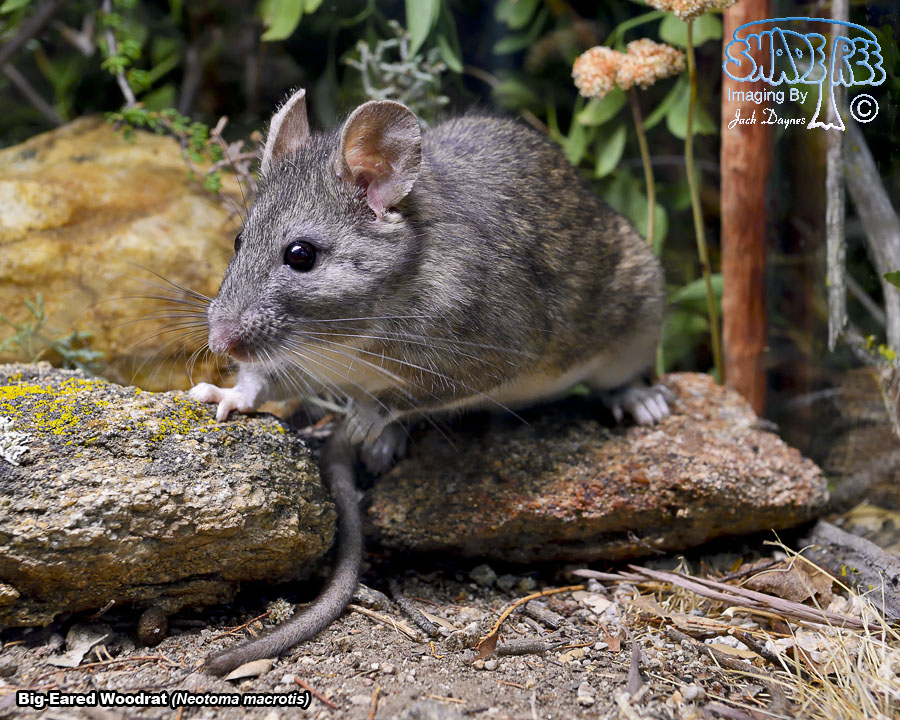