The Bohemian Waxwing breeds in open boreal forests and wanders widely, seeking crops of winter fruits, thus earning its Bohemian name. Summer breeding occurs from Southern British Columbia north to the Arctic zone. These birds winter in southern Canada, the northern tier of the eastern USA, and south to the northern USA in the west.

There are three species of waxwings in the world: Bohemian Waxwing, Cedar Waxwing, and Japanese Waxwing. Of these, the Bohemian Waxwing is the only member found around the entire northern hemisphere.

My experience with this species is limited to a single individual. In 2005, I was travelling to Alaska through the Yukon (Canada) near the town of Whitehorse. While exploring outside of town at a location called McIntyre Marsh, I was gazing across the shallow water marsh when I spotted a bird in the distance I knew was a waxwing. I realized its identity only after studying the image I captured. I hope one day to meet them again. 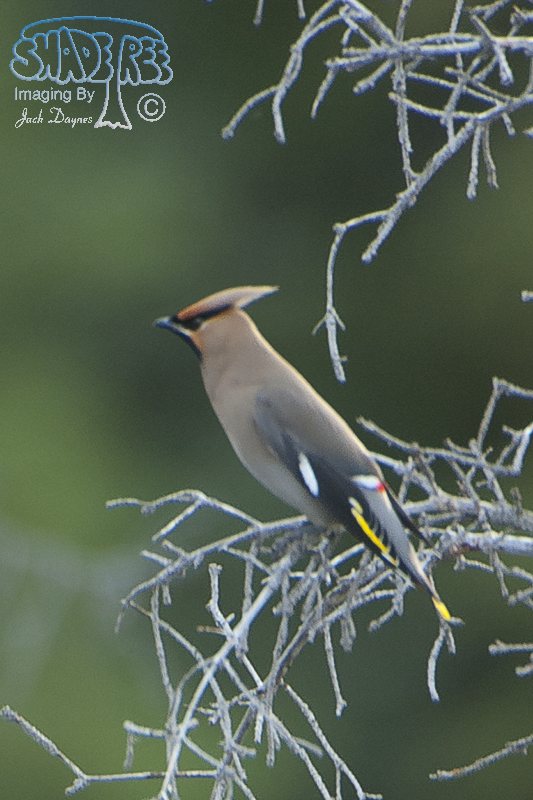 A nice meeting at McIntyre Marsh near Whitehorse, Yukon, Canada. (Sorry for the poor image quality)