True sea birds, Brandt’s Cormorants inhabit the Pacific coast of North America from southern Alaska to southern Mexico, and aren’t known to visit freshwater environs as its Double-Crested cousins will. Their primary nesting territories are along the California coast, where they take advantage of the fish and squid food sources delivered from the Northern Pacific Ocean by the California current.

I’ve been fortunate with opportunities to observe colonies of Brandt’s Cormorants nesting in La Jolla (California), my father’s birthplace. There, they can be seen from street-level walkways without causing a disturbance to the nesting birds. I’ve enjoyed watching them during courting, nest-building, egg-laying, baby raising, and fledging.

I found the following passage at Cornell Labs Birds of The World: “The naming of Brandt’s Cormorant highlights the involvement of Russian naturalists in early North American ornithology. J. F. Brandt, for whom the species is named, of the Academy of Sciences at St. Petersburg, first described Brandt’s Cormorant in 1838. His description was based on a specimen, now missing, of unknown origin and unknown collector, which he found among the skins at the Zoological Museum at St. Petersburg. The specimen likely was collected by Russian naturalists during one of several expeditions to the Pacific Coast of North America during the early 1800s.” 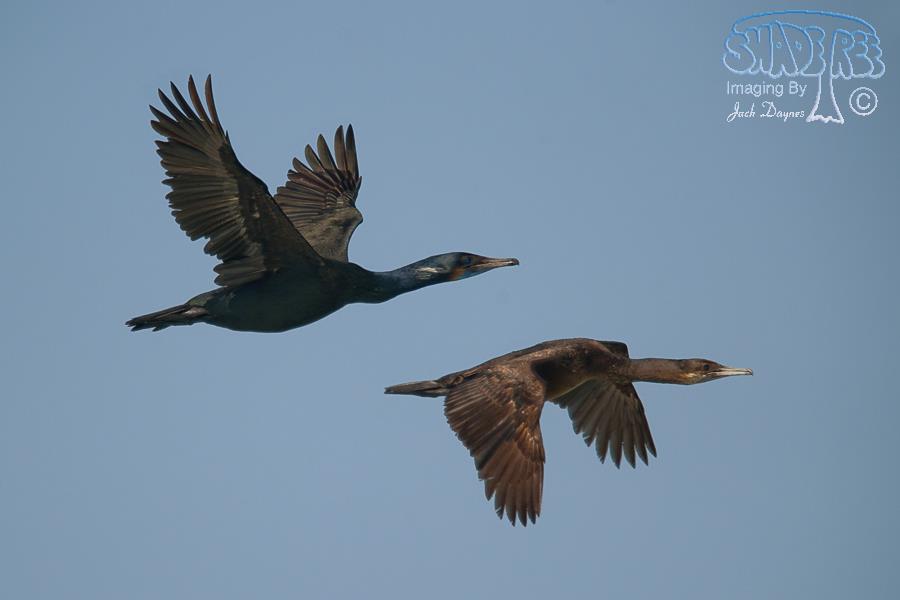 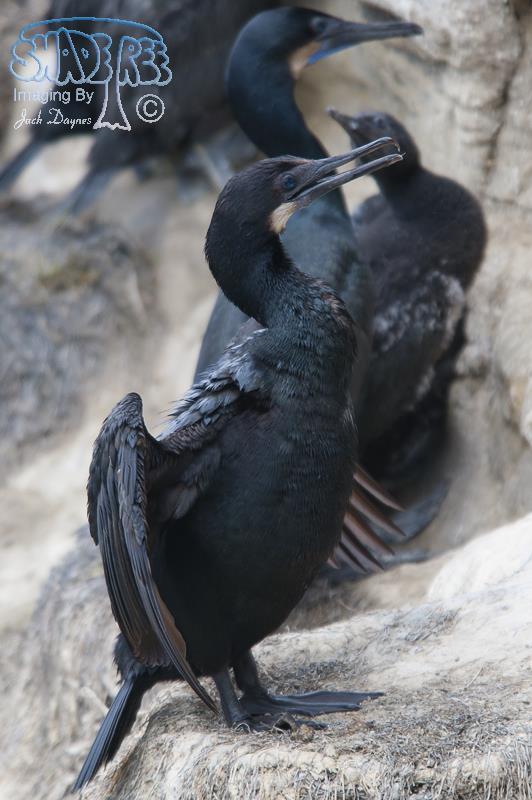 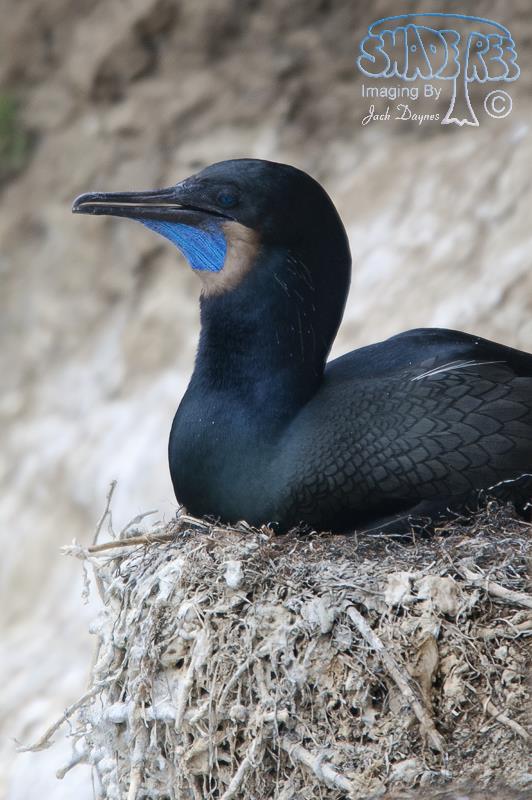 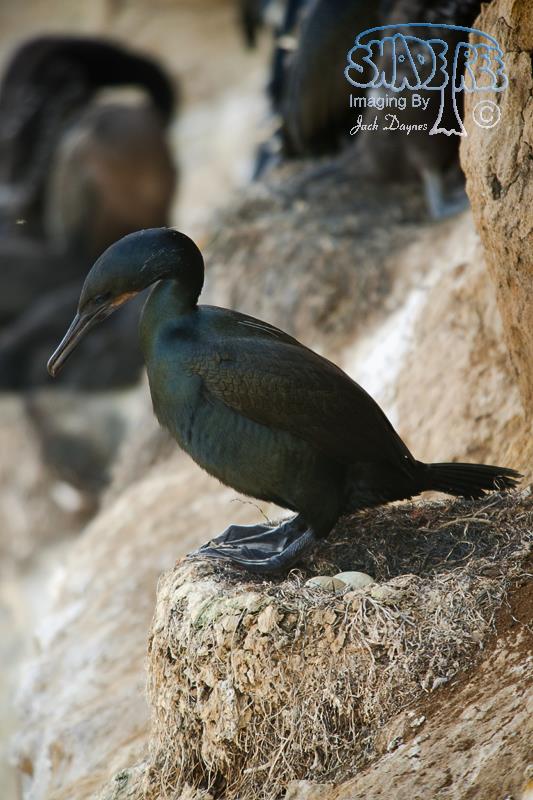 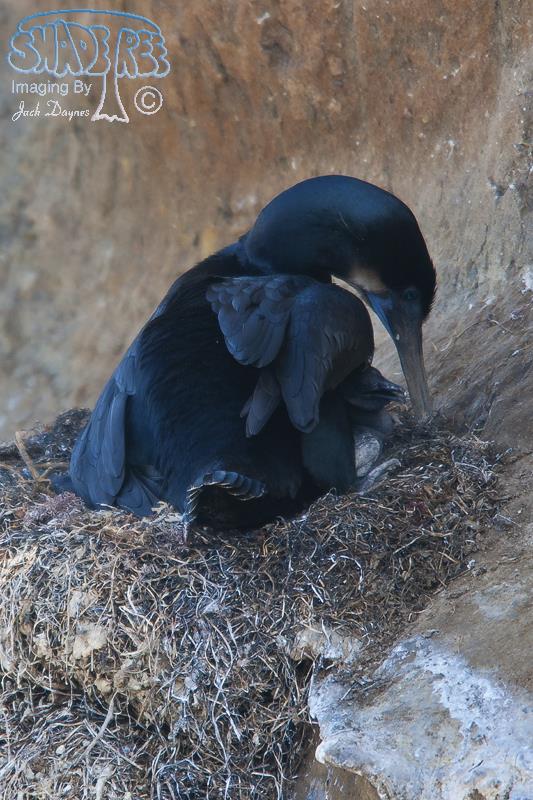 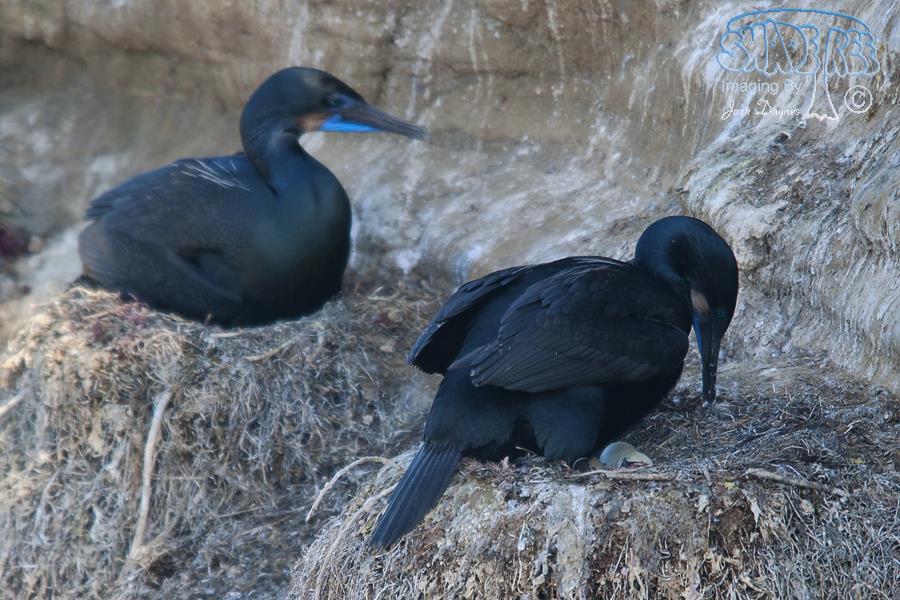 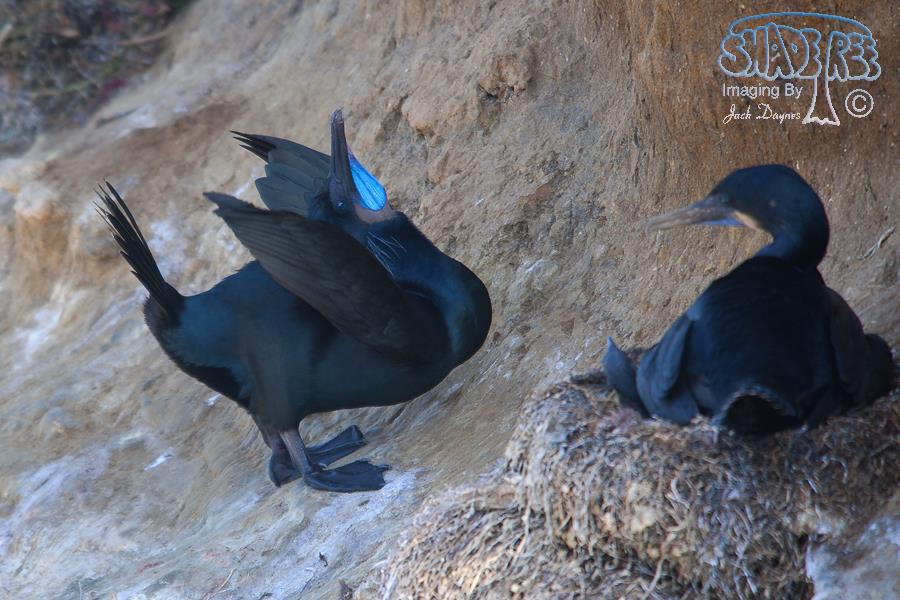 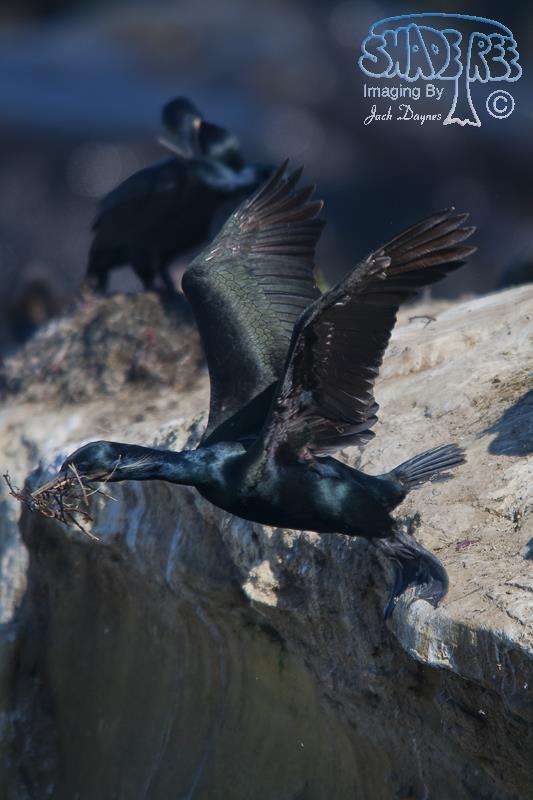 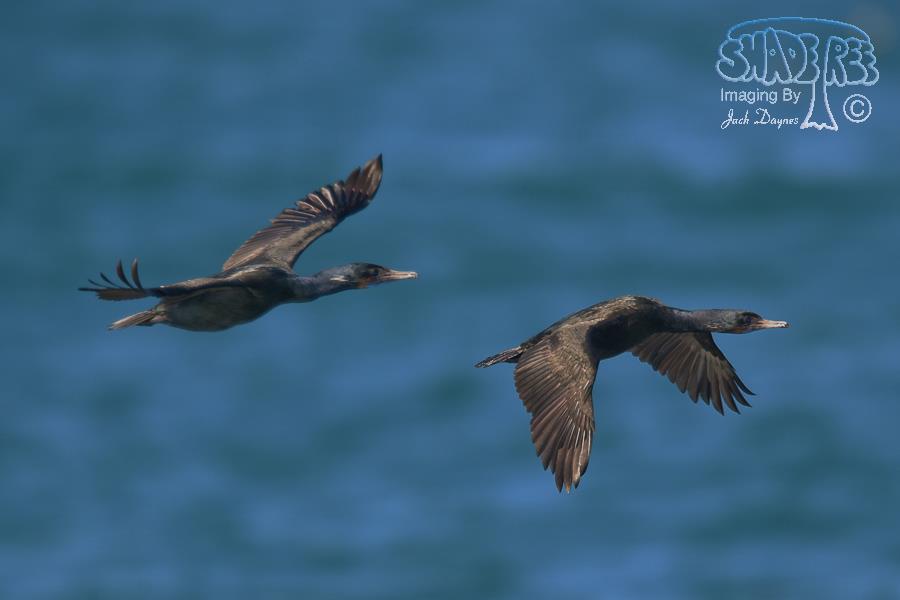 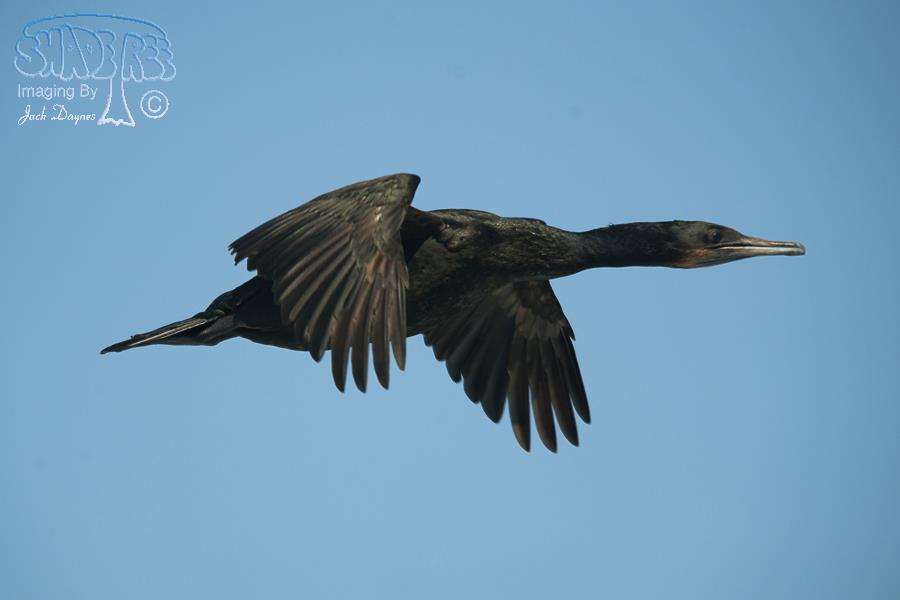 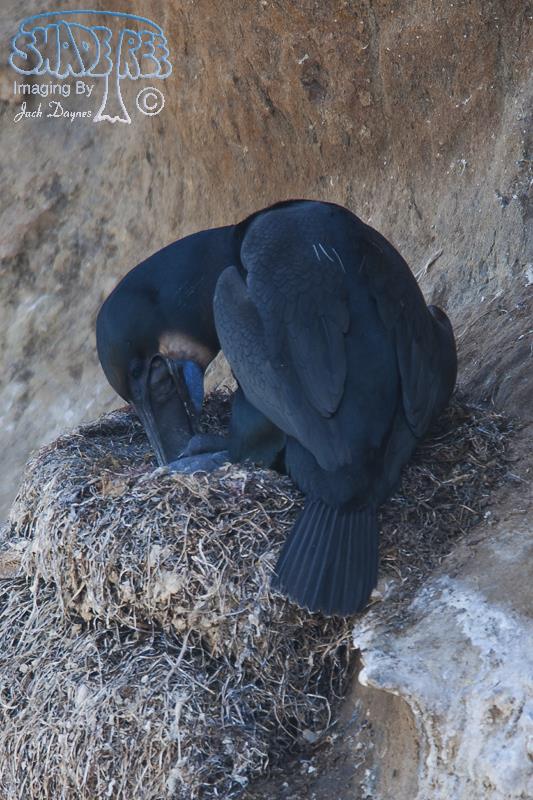 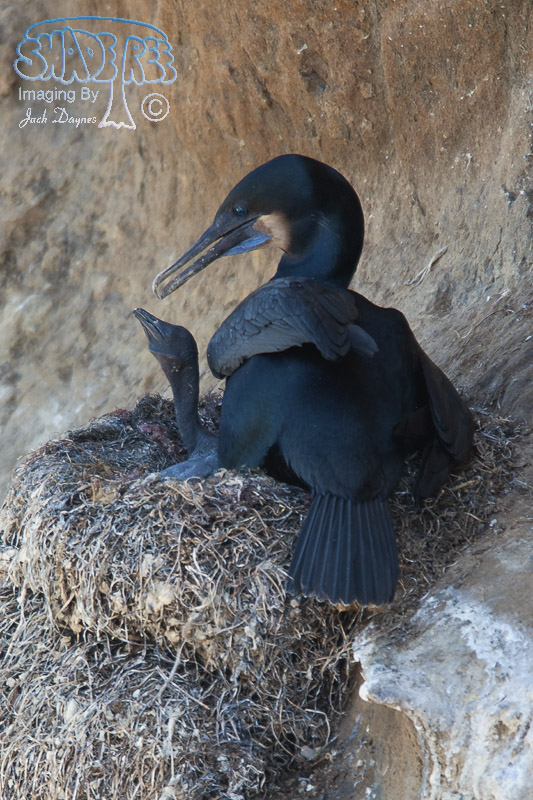 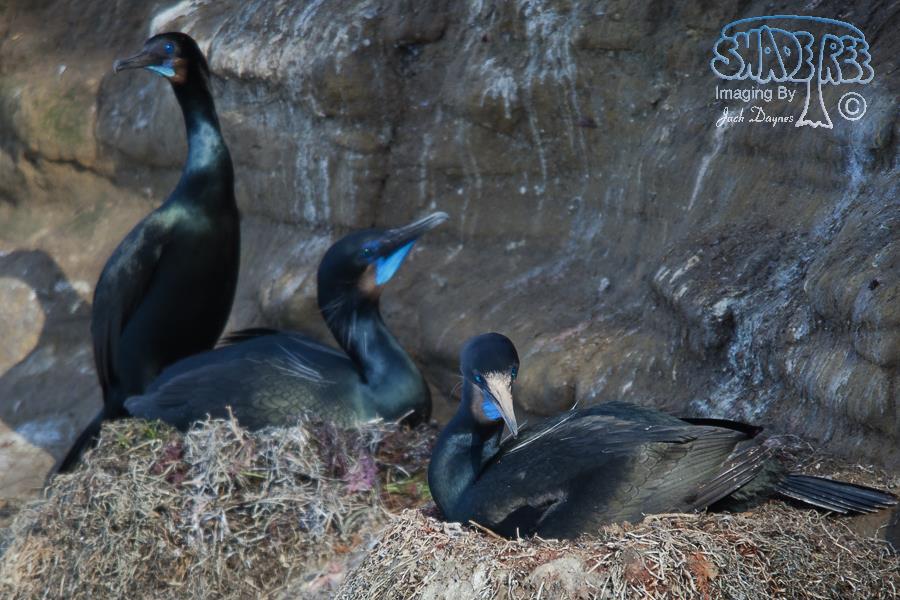 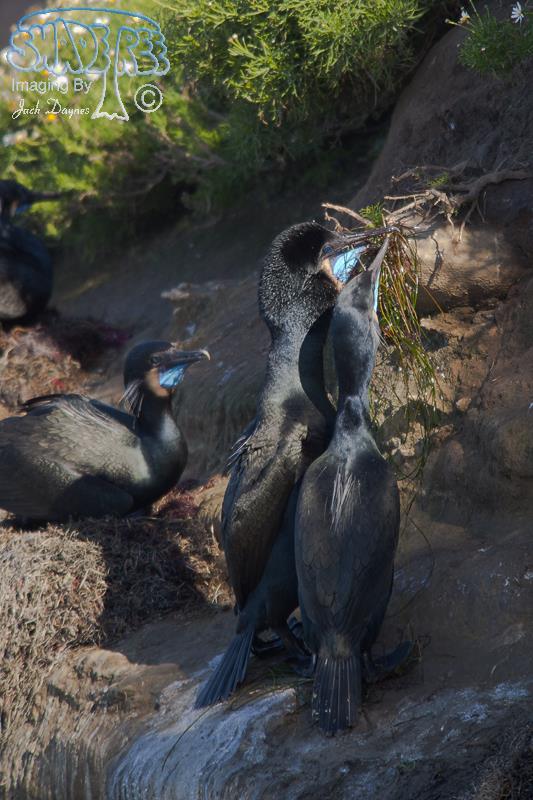 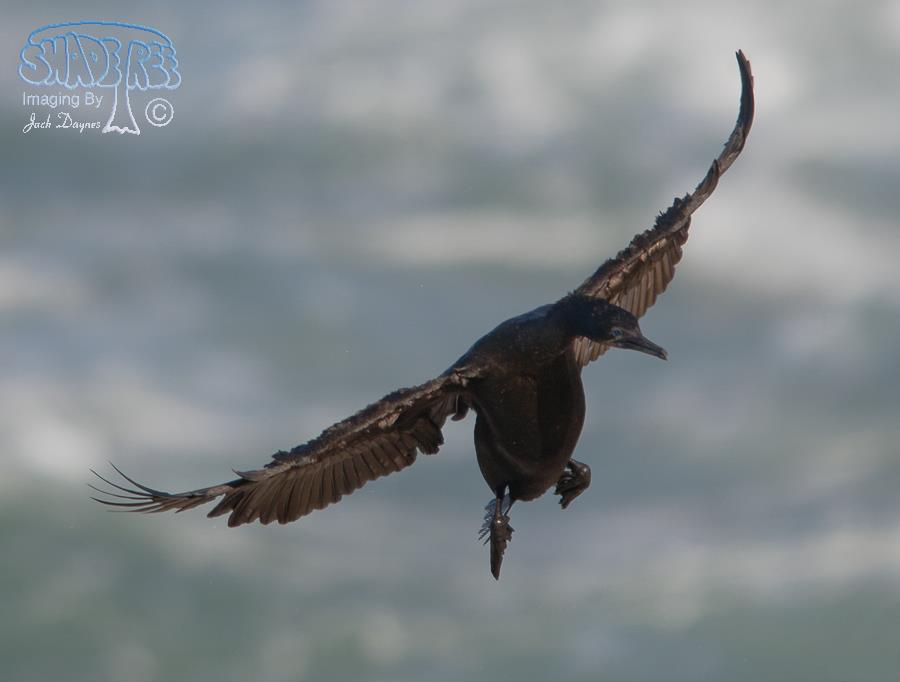 Back from foraging at sea near The Cove. La Jolla, California. San Diego County. 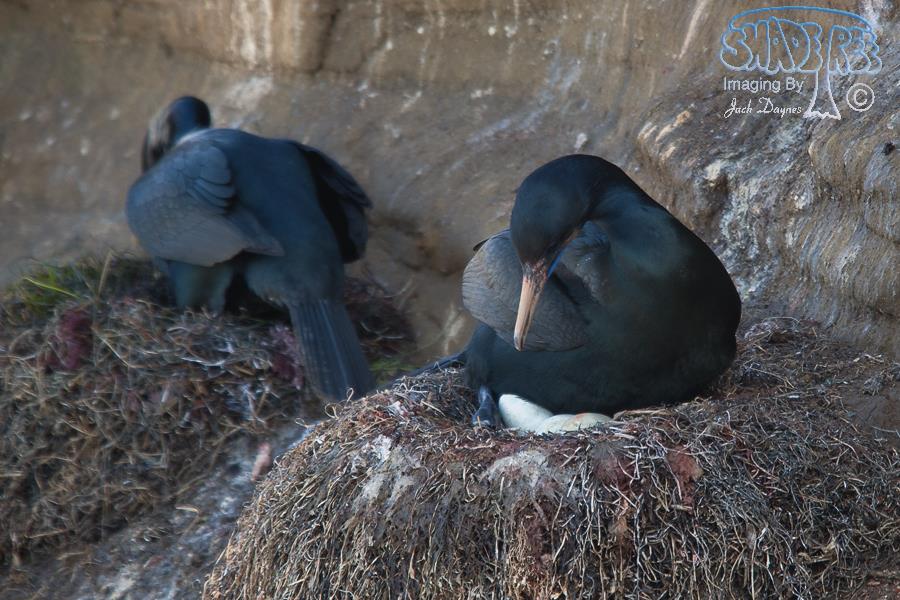 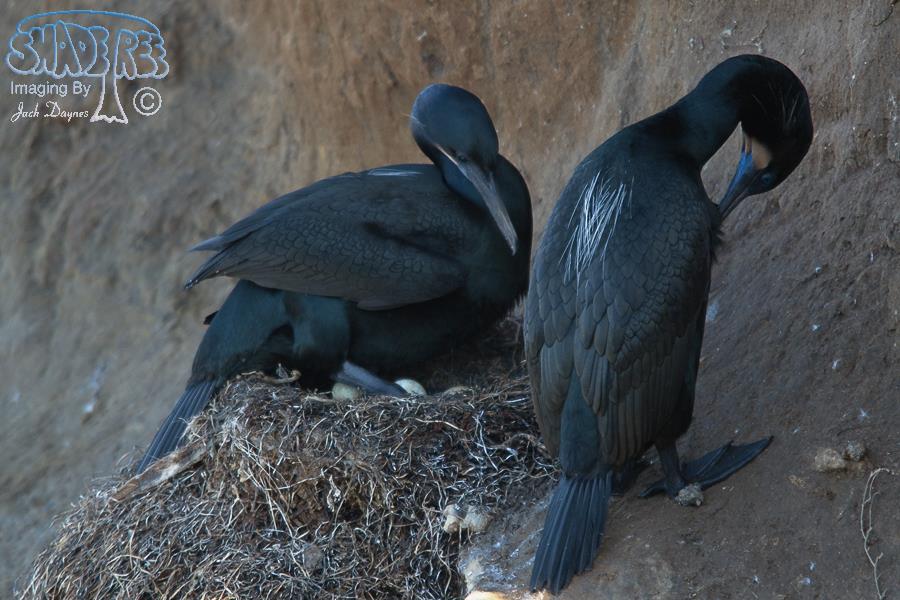