The California Towhee lives in western California, southern Oregon, and Baja California. These birds are as comfortable in rugged rural brush and chaparral as they are in urban parks or suburban gardens. Like other towhees, we rarely find these birds as singles, but always in pairs year round.

These birds are intimately familiar to me and have been since my earliest childhood. As a common yardbird, I’ve been able to observe them at home and many of my favorite birding locations in San Diego County.

Many years ago, because of their similarity, these and three other towhees, the Abert’s, Canyon and White-Throated Towhee (from southern Mexico) were lumped together as “Brown Towhee.” This quartet looks and sounds similar to each other, but each has its own geographic distinction. Science has waged a debate on this topic for a hundred years, but now genetic analysis seems to have settled the matter.

Today, science recognises eight subspecies of California Towhee. (Refer to the Range Map here for the regions where each member lives.) 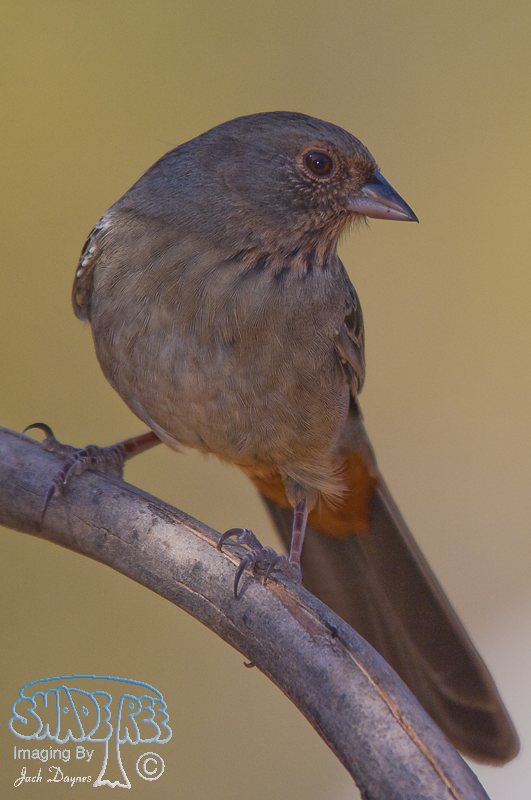 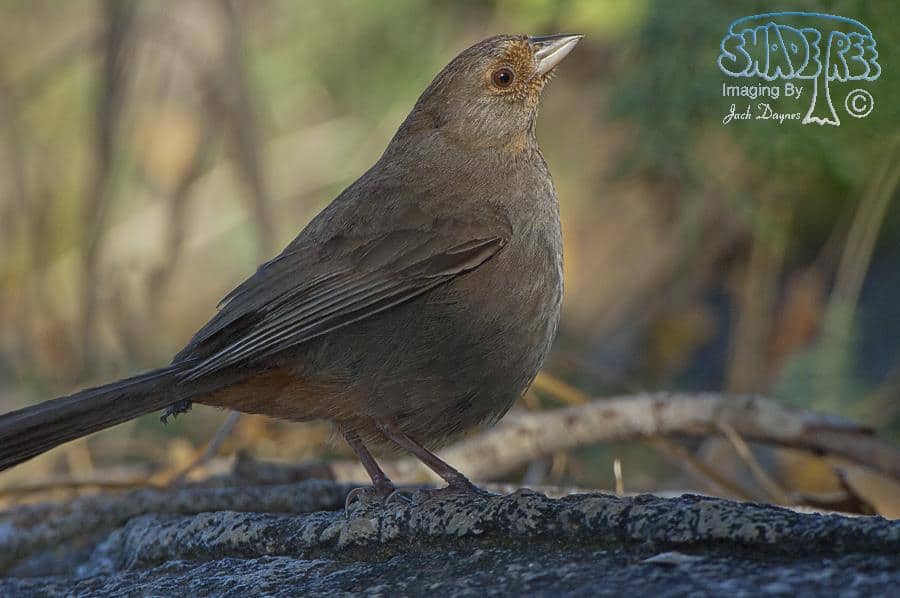 (Melozone crissalis) A yardbird at my home in Poway, California in San Diego County USA 2005-05-14. 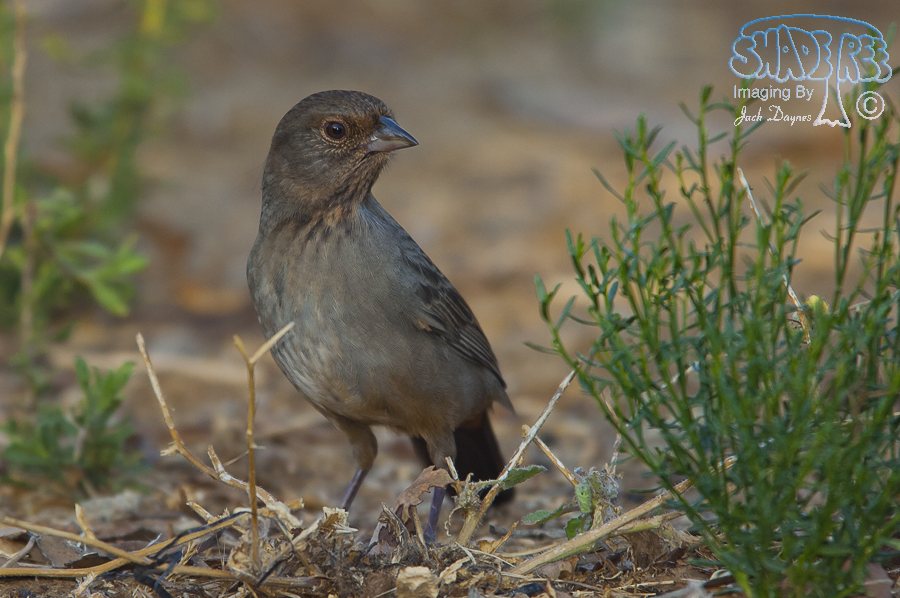 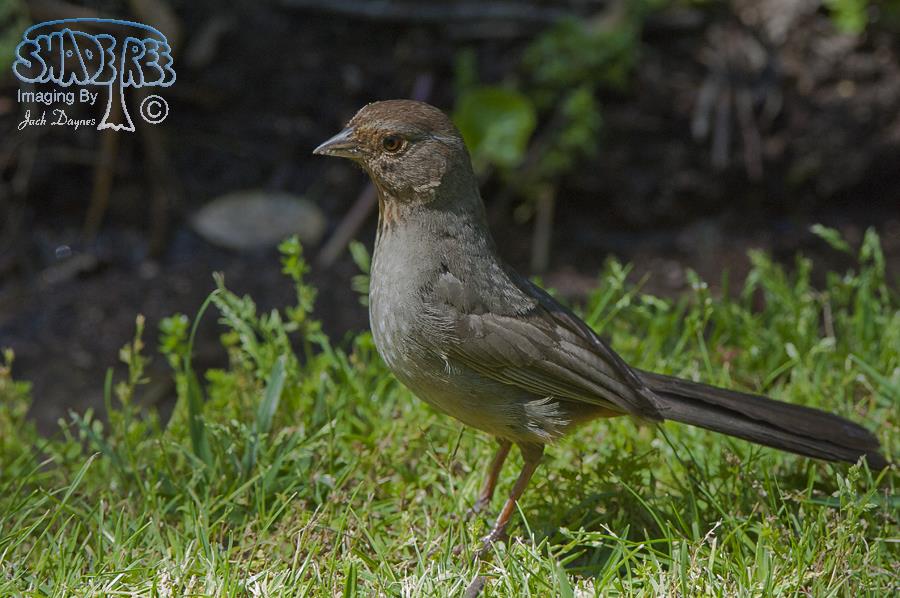 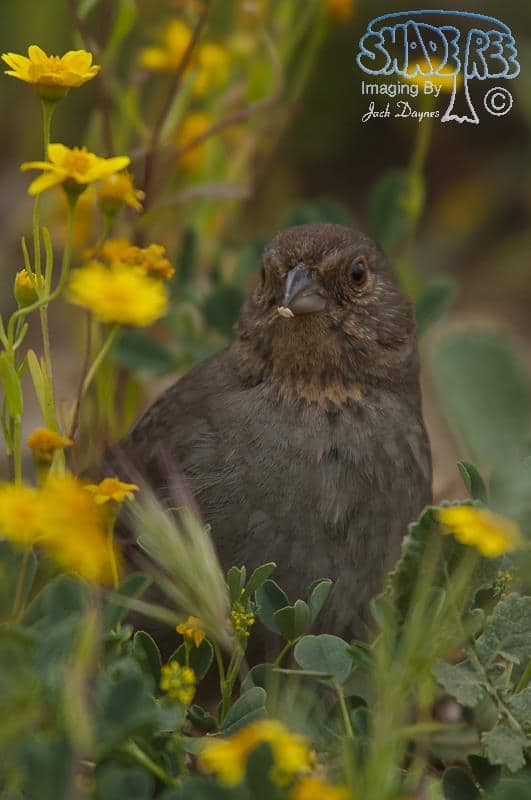 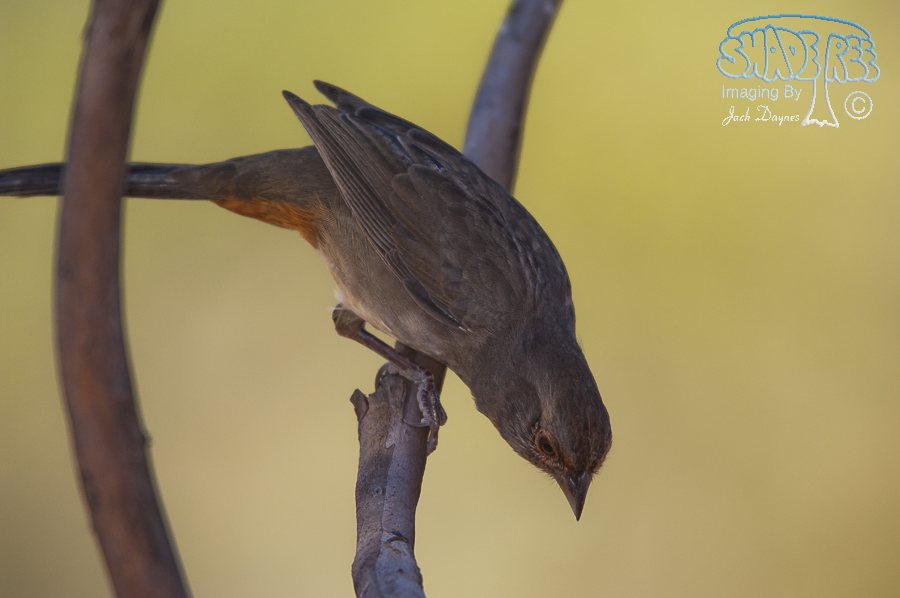 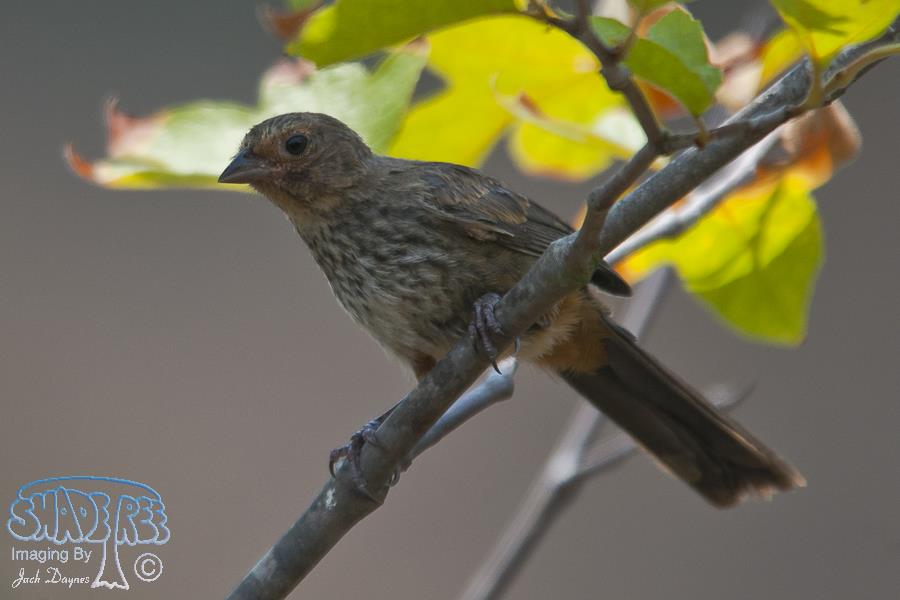 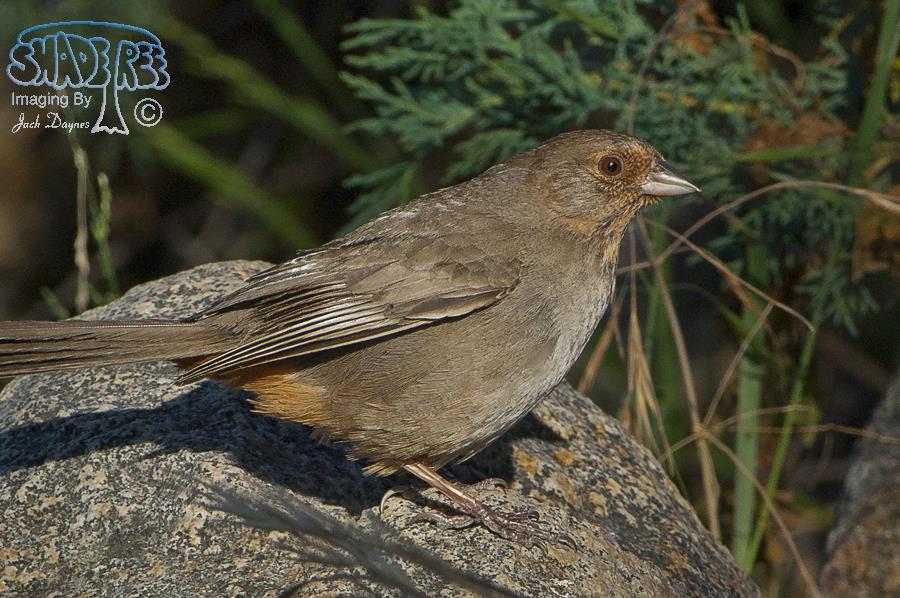 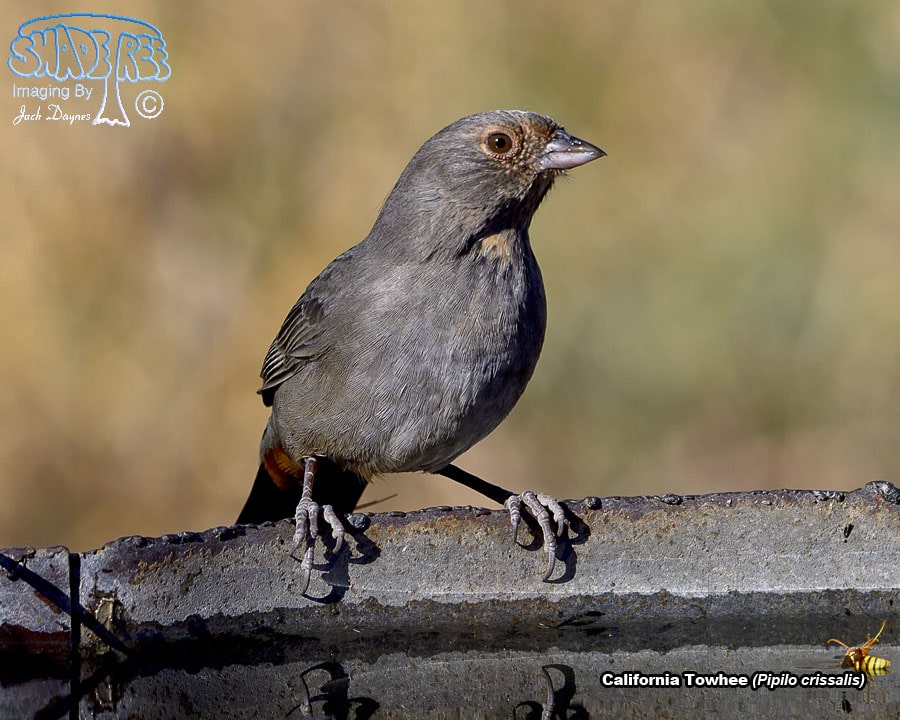 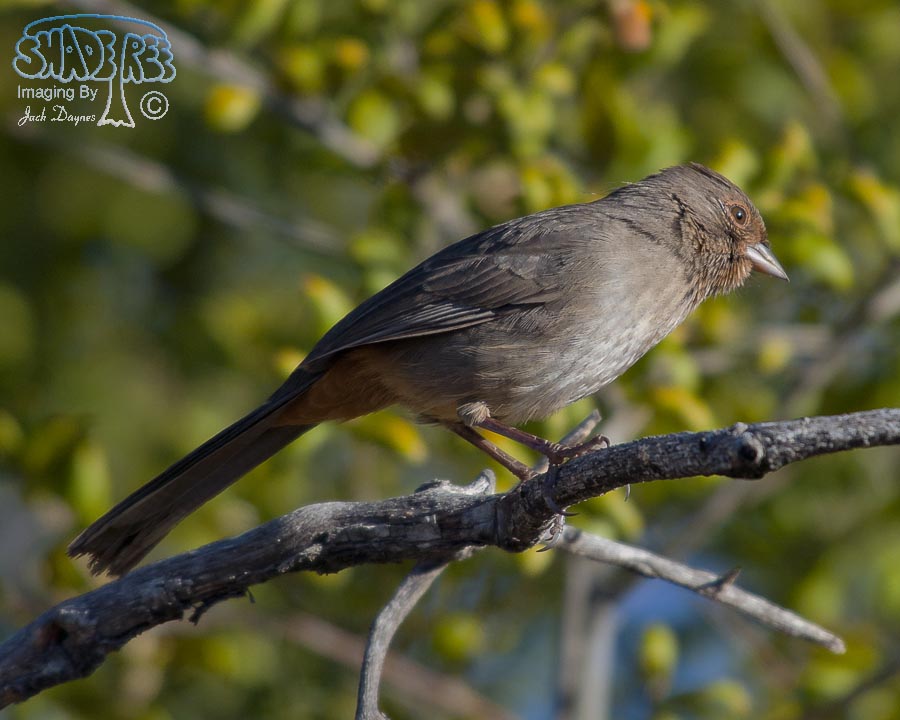 Down slope, where Old Mine Road begins its climb to higher ground and the Montezuma Mines near Ranchita, California. San Diego County. 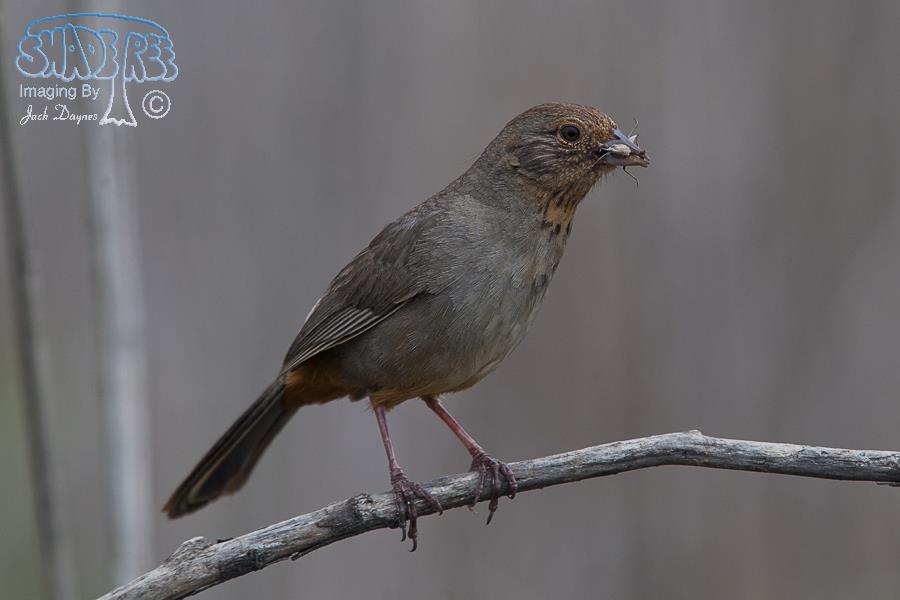