The Clark’s Nutcracker is a bird seen in western North America from British Columbia and western Alberta in the north to Baja California and western New Mexico in the south. When visiting their territory, one can usually hear groups of these birds in boisterous conversations.

These birds are equipped with long, strong bills to extract seeds from pine cones. Like their cousins the jays, they have evolved a pouch under their tongues to store the seeds while they carry them away to burry in a practice called “scatter hoarding”. Tens of thousands of seeds are stashed in this way, and the Clark’s Nutcracker’s memory is good enough to remember almost all the locations. Those that are not retrieved will sprout and become the next generation of pine trees.

I once met a Clark’s Nutcracker in the coastal mountains of eastern San Diego County (California). However, my favorite encounter took place at June Lake in the eastern Sierra-Nevada mountains. While enjoying the company of Willow Flycatchers, Western Wood Pewees, Green-Tailed Towhees, and other birds on the north shore of June Lake, I heard the raucous sounds of Clark’s NutCrackers from across the lake. I drove to the high bluff from where I’d heard the commotion and was not disappointed. Not only did I find the nutcrackers, but Steller’s Jays and warblers haunted the area.

Today’s taxonomists regard the Clark’s NutCracker as monotypic (i.e. no subspecies). 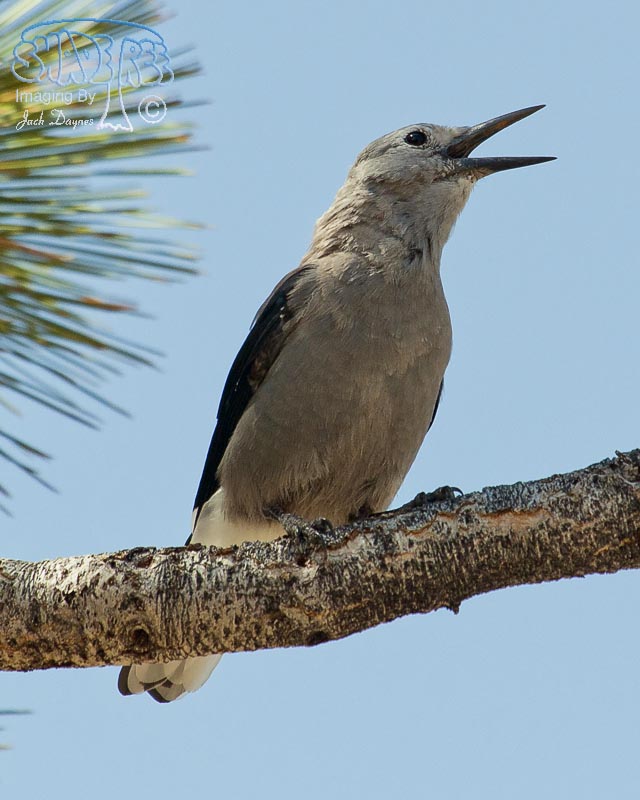 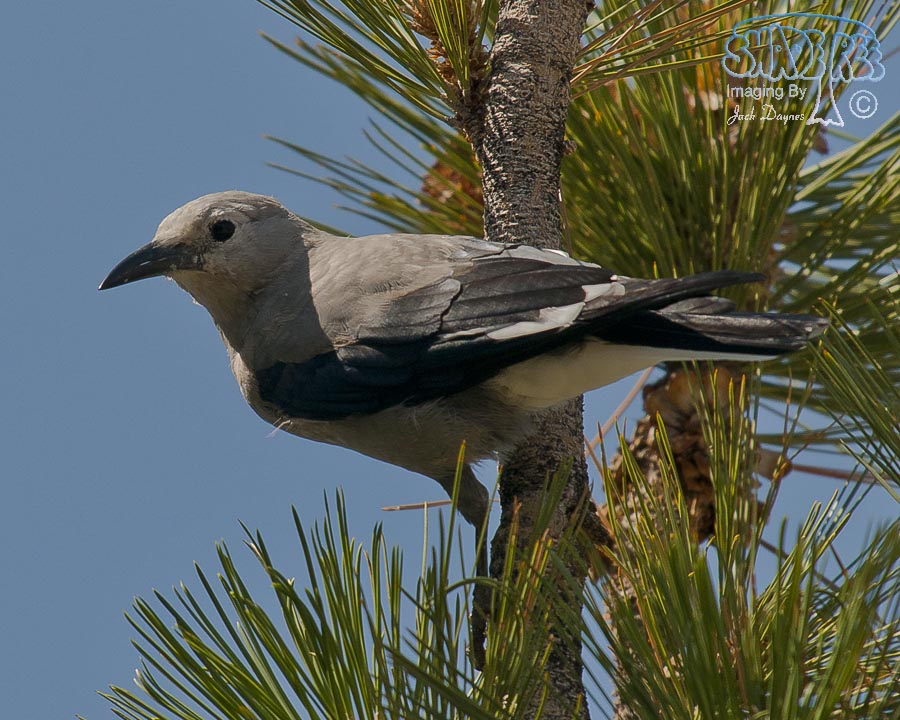 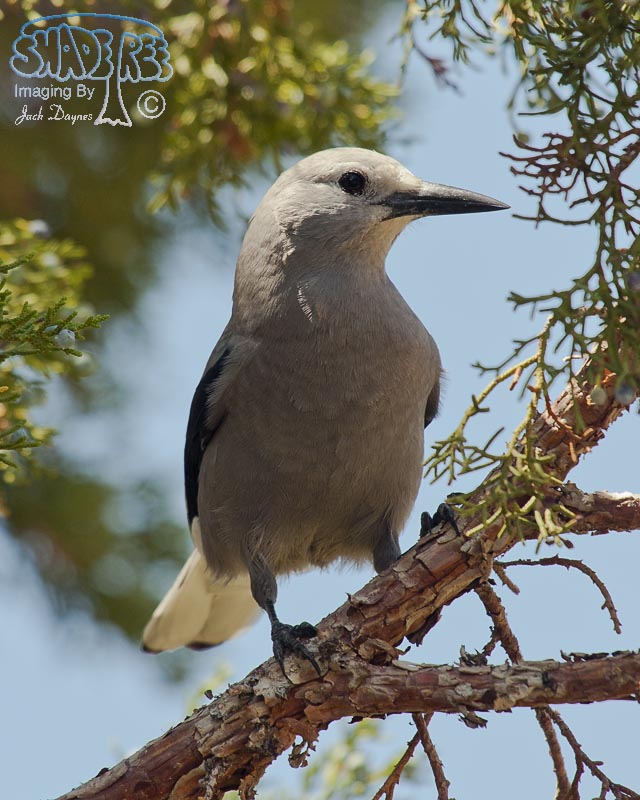 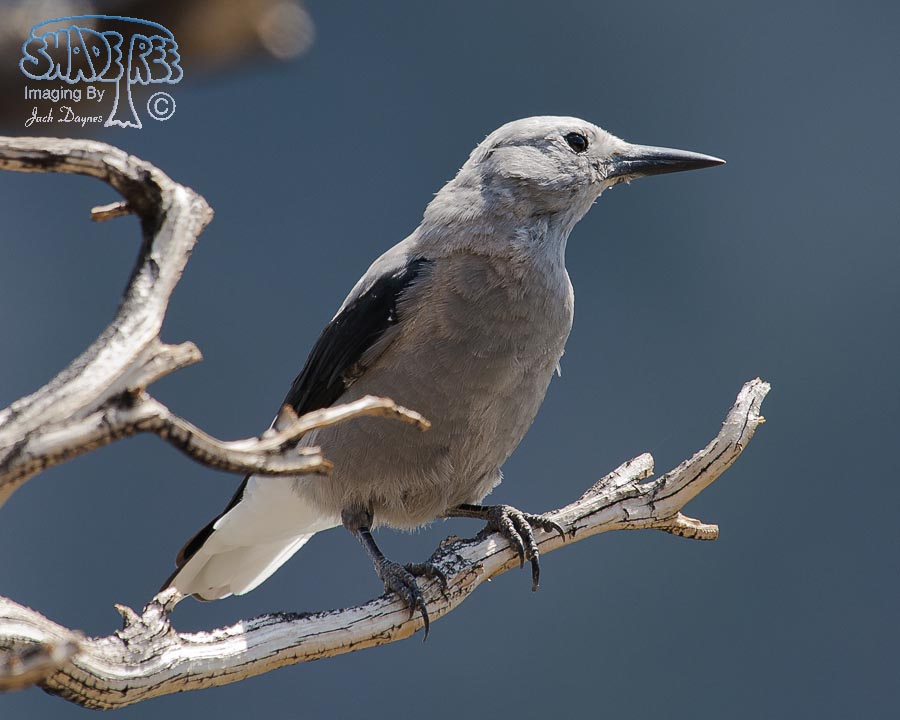 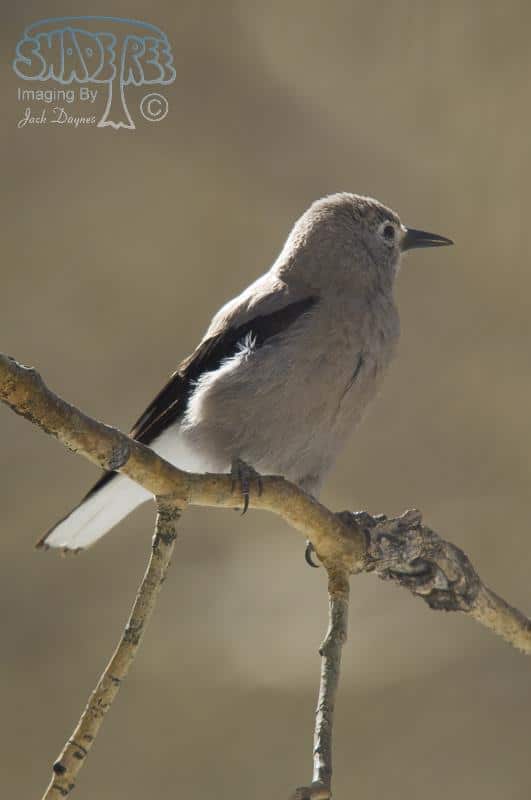 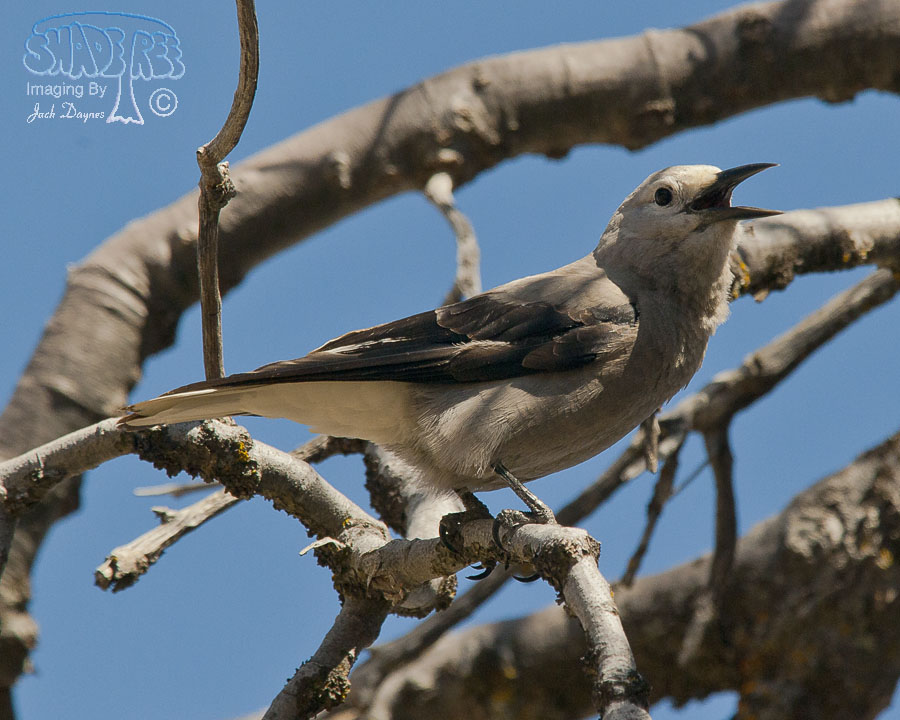