The Clay-Colored Sparrow breeds in brushy areas from the Great Lakes and the prairies of the northern states and north into most of central Canada. Winters are typically spent from southern Texas and south into most of Mexico.

Pair bonds last but one season, and while males return to the same territory every year, the females will find new mates each summer. Chicks leave the nest a week before they can fly and hop around under cover of dense brush where the parents feed them. When not nesting these birds will group into flocks, often with other sparrows. 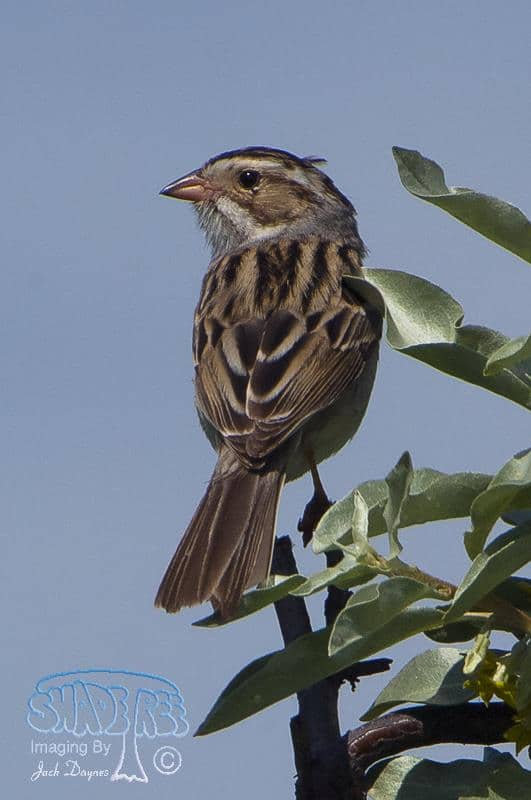 (Spizella pallida) To date, this is the only individual of this species I've met. Little Lake, Alberta, Canada 2005-06-04. 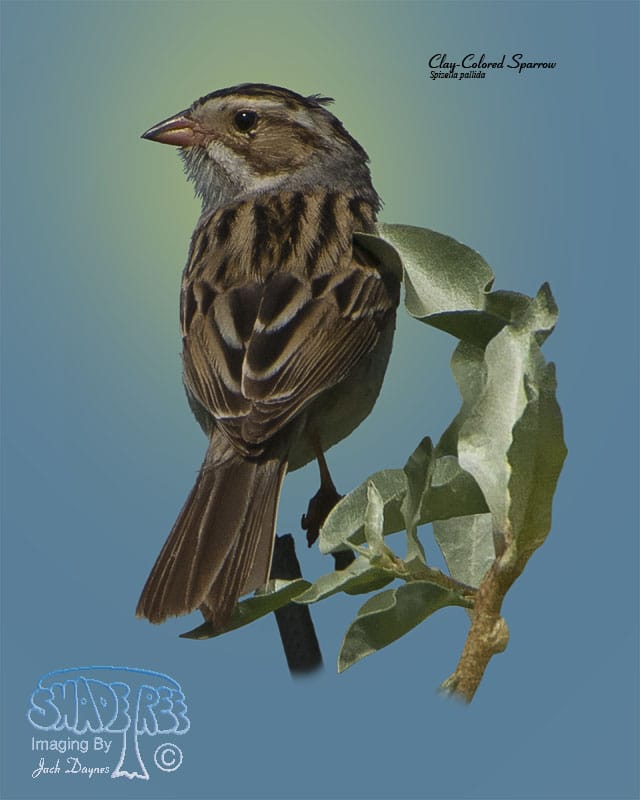 (Spizella pallida) A cut-out image of the only individual of this species I've met. Little Lake, Alberta, Canada 2005-06-04.