The Ferruginous Hawk is the largest of the North American Hawks (Buteos) and is sometimes mistaken for an eagle. Their summer range lies throughout the prairies and plateaus of the northern Rocky Mountain and western prairies of the USA and southern Canada. The Great Basin is also part of their summer range. They retreat south in winter to California, Nevada, Utah, Colorado, Kansas, Texas, and Mexico.

They are very versatile in hunting techniques and will take a very wide array of prey items, including birds and reptiles, but mammals comprised up to 90% of its food. Their favorite victims are jackrabbits, squirrels, and prairie dogs. Their hunting style is to sit patiently from a high perch until they spot a potential meal.

I first captured a mediocre image of this species on film back in 2001 at Bosque del Apache (New Mexico). I didn’t meet the bird again until 2015 in Oregon, when I found a nest with four nearly grown birds in a tree several hundred feet from the highway. I waited, parked at the roadside for 45 minutes for the parent to return, and was rewarded with a feeding episode for only a few seconds before the older bird left again. I waited in my vehicle for another 45 minutes, but I did not see the parent again.

Science views this species as monotypic (i.e. no subspecies). 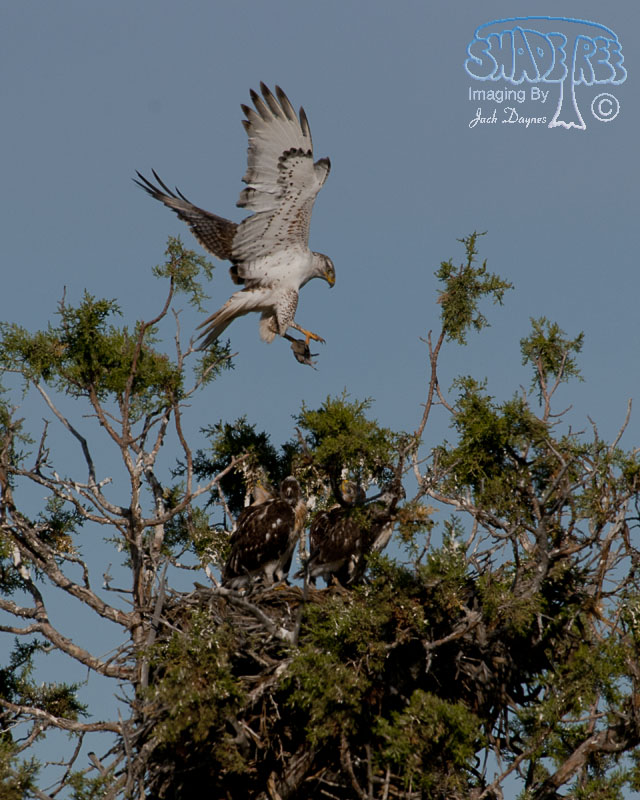 Feeding time! This nest had four very large and health looking preflight age chicks. I sat alongside the road from Burns Oregon to Malheur NWR for over an hour. This was the only appearance by an adult. 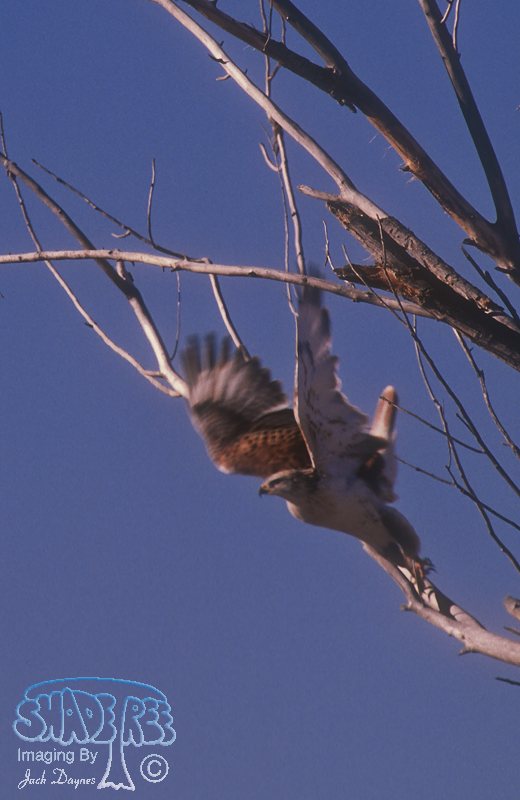