The Green-Winged Teals are year-round residents at a few places in North America such as the northern Great Basin in southeast Oregon, southern Idaho, northern Utah, most of Wyoming, and eastern Washington through western Montana. Most of North America north of this region, from the Atlantic to the Pacific, is home to these small ducks in the breeding season. In winter, most Green-Winged Teals move south. Their western winter homes include most of the continent, from Alaska’s southeastern panhandle to most of Mexico and the southeastern USA below the Mason-Dixon line.

North America is not the only location where these ducks live. They are global citizens, ranging over the full width of Europe, Asia, and parts of Africa. Green-Winged Teals in the Old World breed through the middle latitudes and north to the Arctic, and spend winters in southern Asia and northern Africa.

Some authorities lumped the Green-Winged Teal and the Common Teal (Anas crecca), but most seem to agree that based on behavior and DNA evidence, this bird deserves its own species status. Other scientists recognise a single species of Green-Winged Teals with three subspecies: the Eurasian contingent, the Aleutian contingent, and the North America contingent.

Green-Winged Teals are the smallest of the clan of dabbling ducks. During the breeding season, they seek lakes, streams and marshlands to nest. They choose a site in a depression near brush or tall grass habitats where they can conceal their nests from above.

To date, I’ve only met these ducks in their winter homes. In the future, I hope to make their acquaintance while near their nesting grounds. 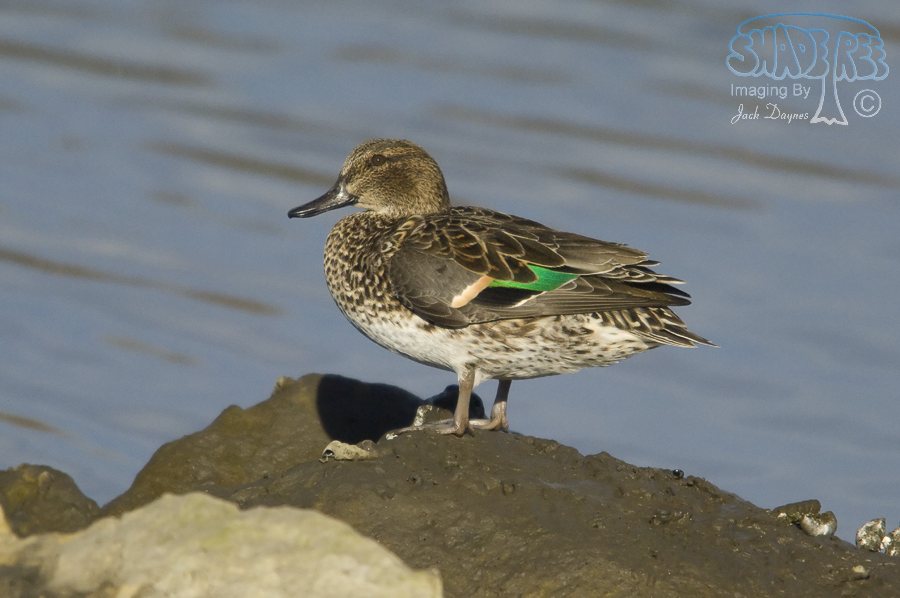 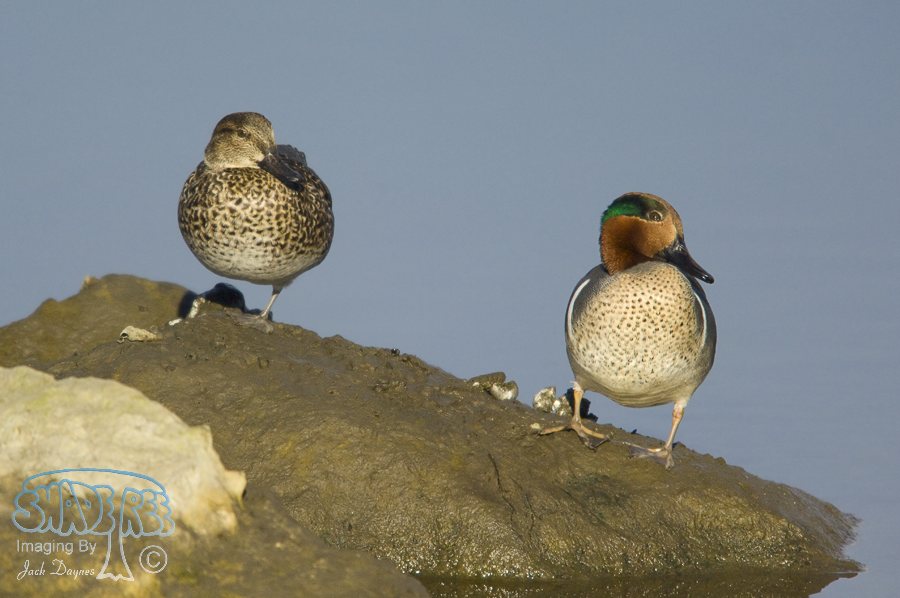 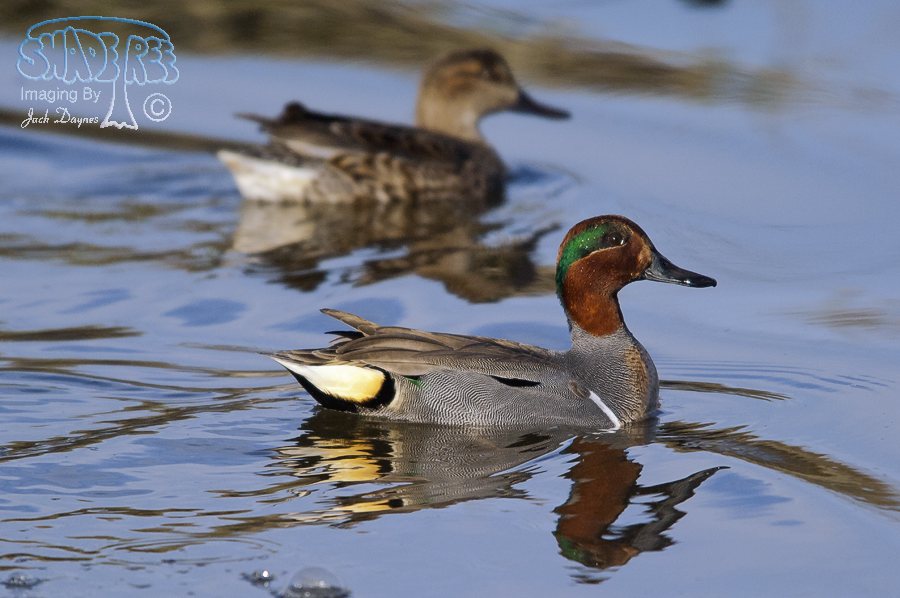 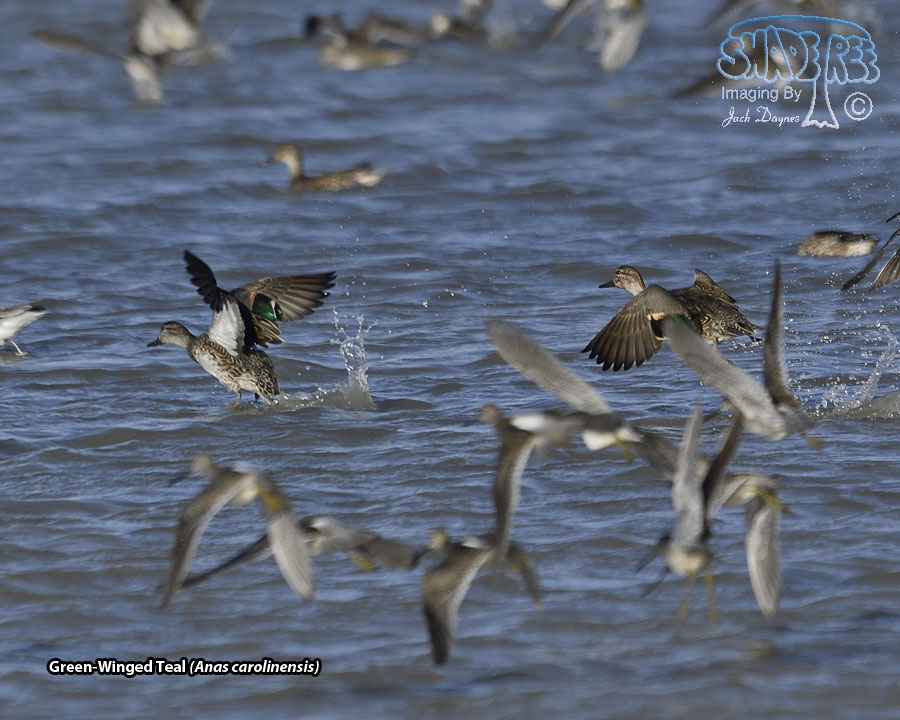 Taking off with the dowitchers late one afternoon at Unit 1 at Vendel Road, at the Salton Sea NWR in Imperial County (California). 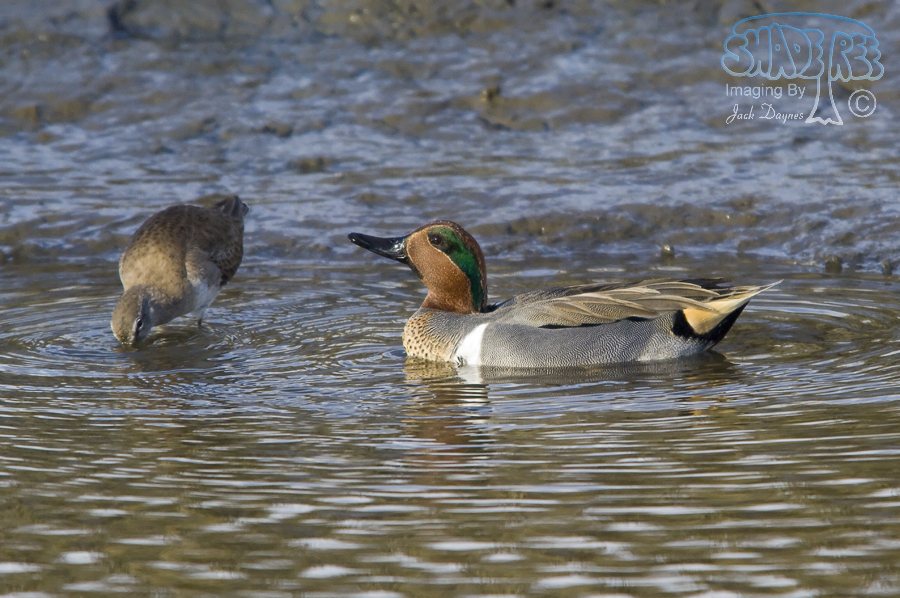 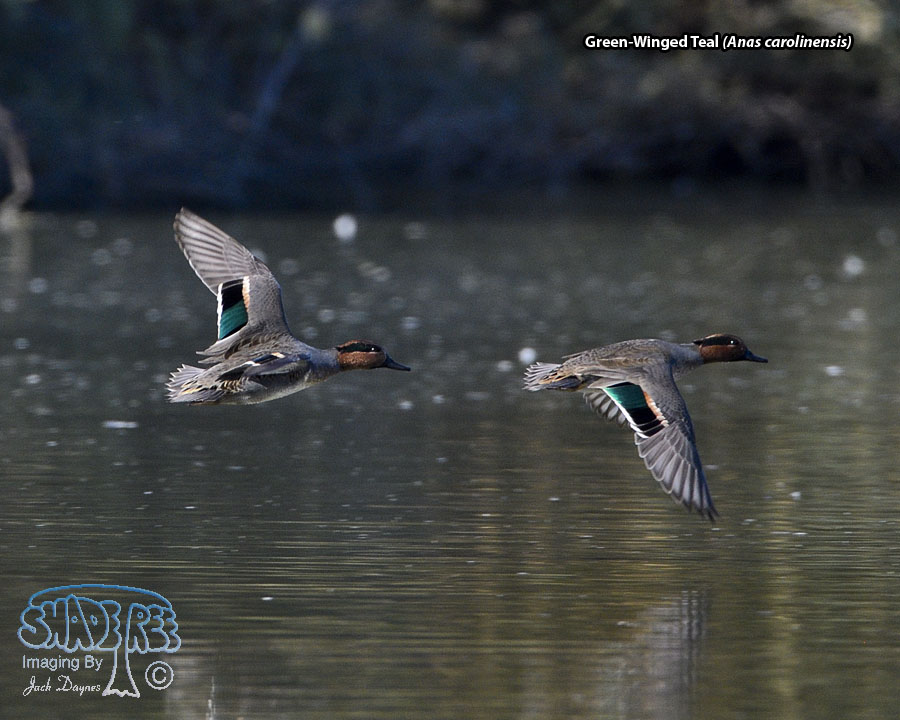 These diminutive ducks were fun to see, though their shyness limited photo opportunities. It was a lovely day at the Gilbert Water Ranch. The weather was mild, and the winds were calm. Gilbert is in the Greater Phoenix area of Arizona. 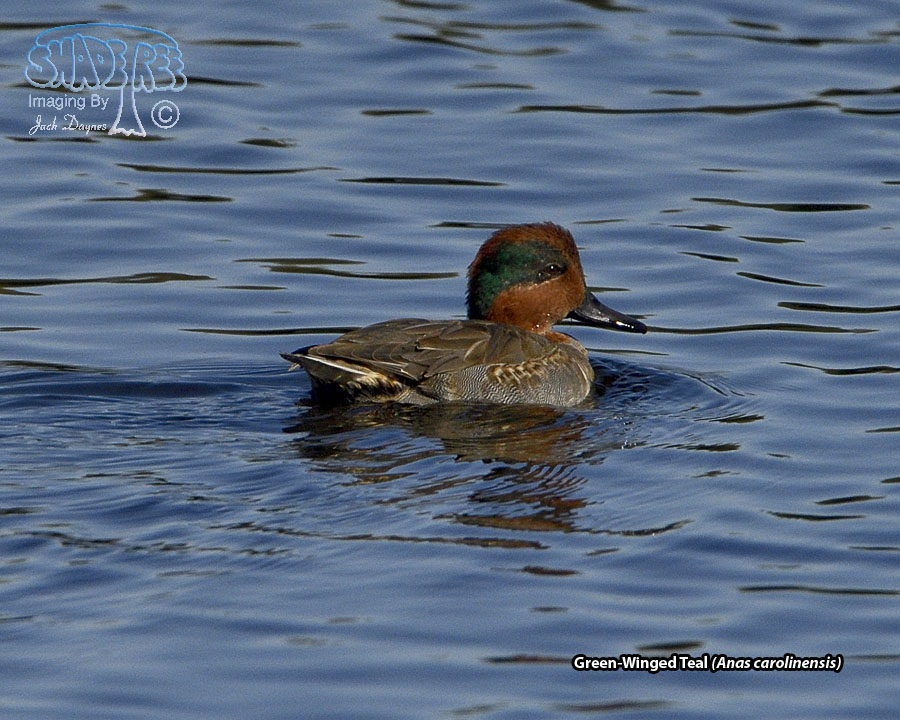 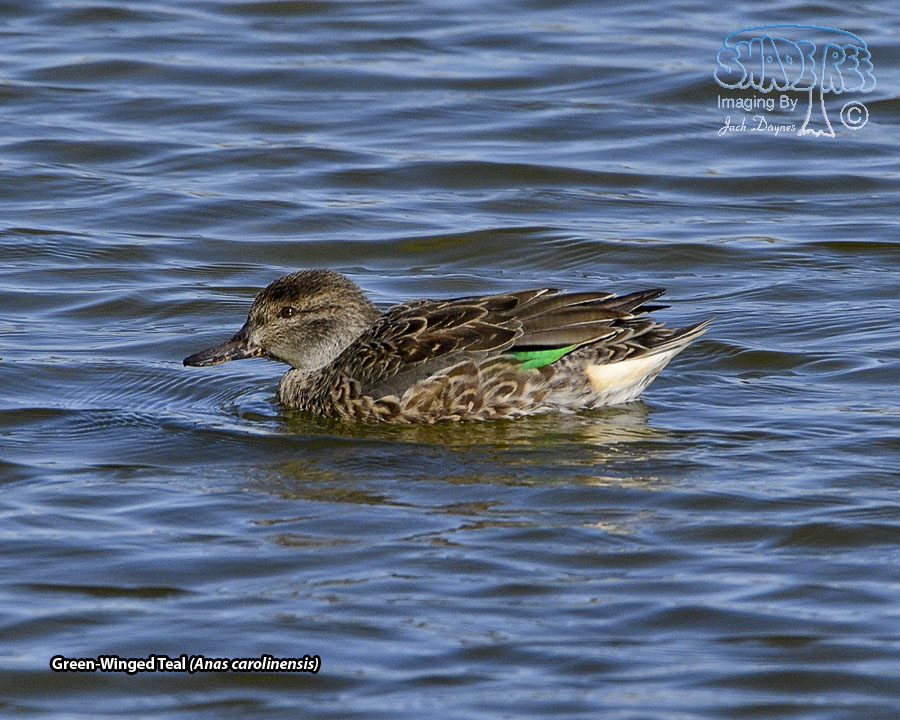