In winter, the Harlequin Duck is a bird of the coastal ocean where their diet includes mollusks, crustaceans, a few small fish, fish eggs and marine worms. When breeding, it favors fast-moving, turbulent waters and feeds mostly on aquatic insects.

My first meeting with this species happened while travelling north on the legendary Dempster Highway in 2005. For those folks who don’t know, the Dempster Highway takes off from the Klondike Highway (Canada) a few miles south of Dawson City in the Yukon Territory at 64° North latitude, and after a few miles of paved road, continues north over a gravel road for 458 miles to Inuvik (Northwest Territory) at 68.3° North latitude, crossing the Arctic Circle on its way.

Modern science regards the Harlequin Duck as monotypic (i.e. there are no subspecies). 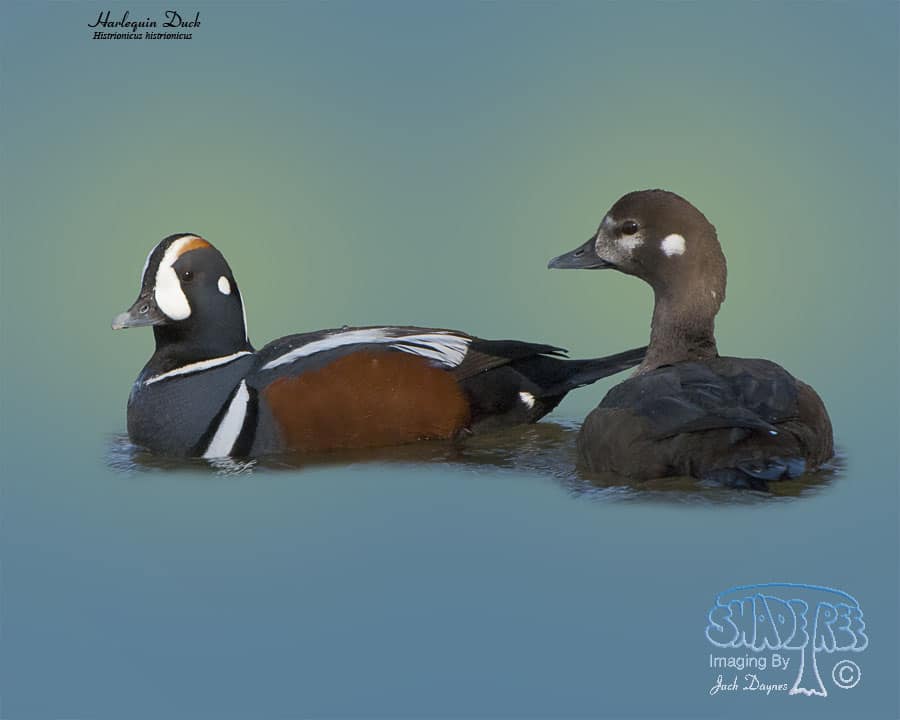 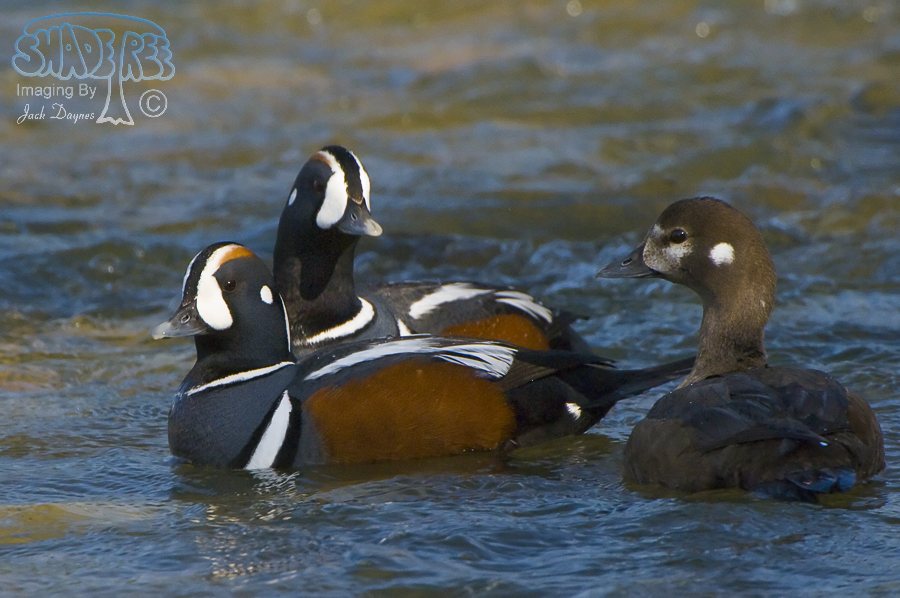 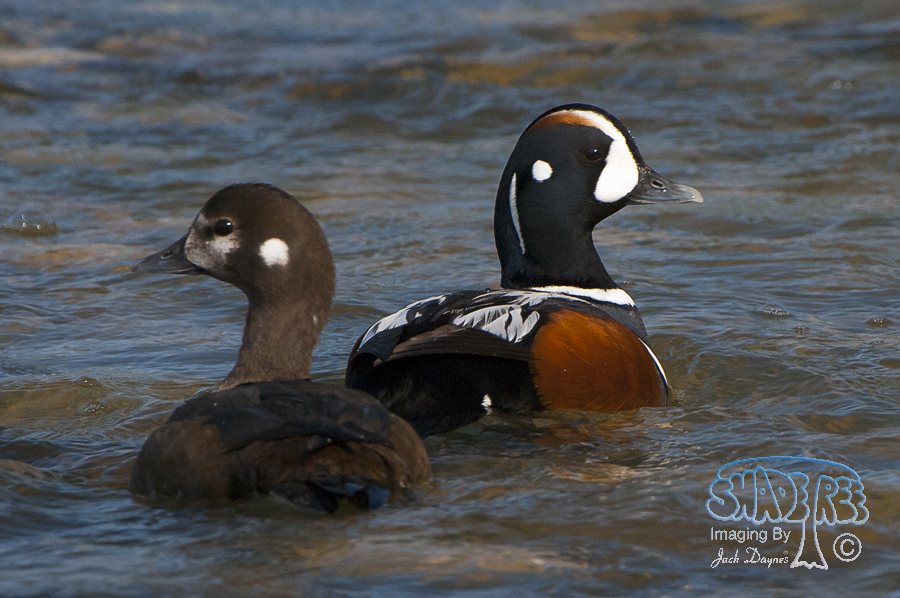 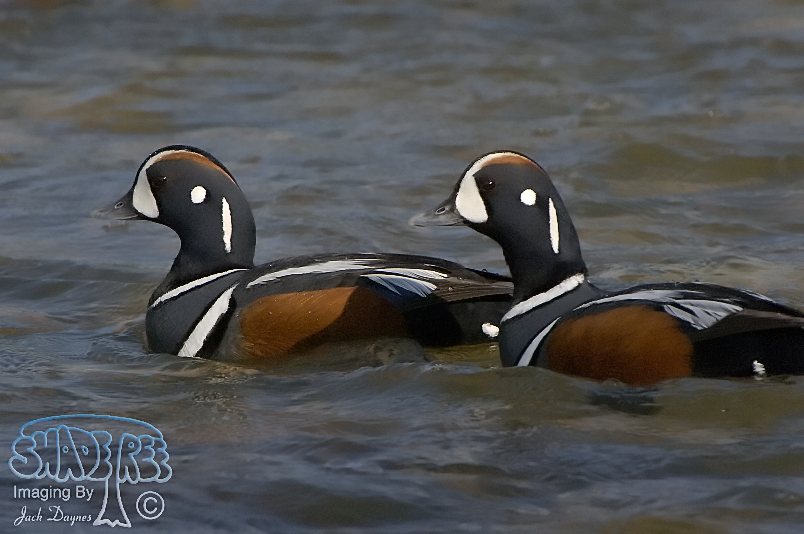 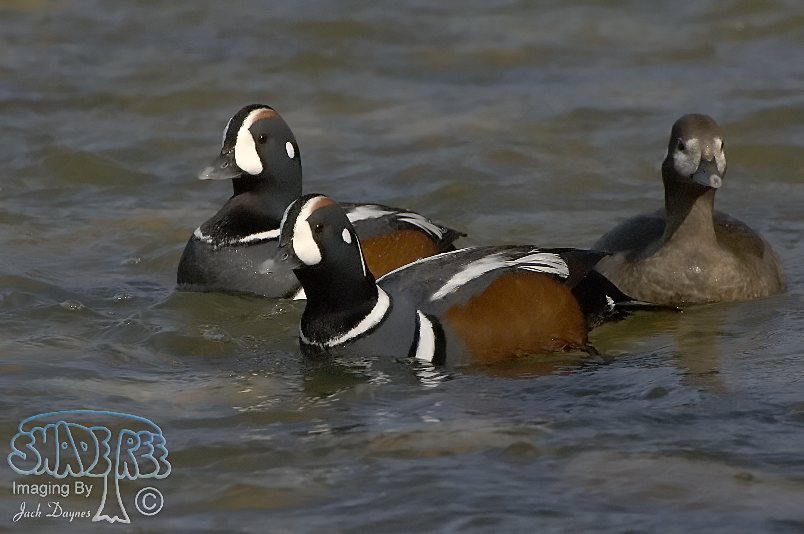 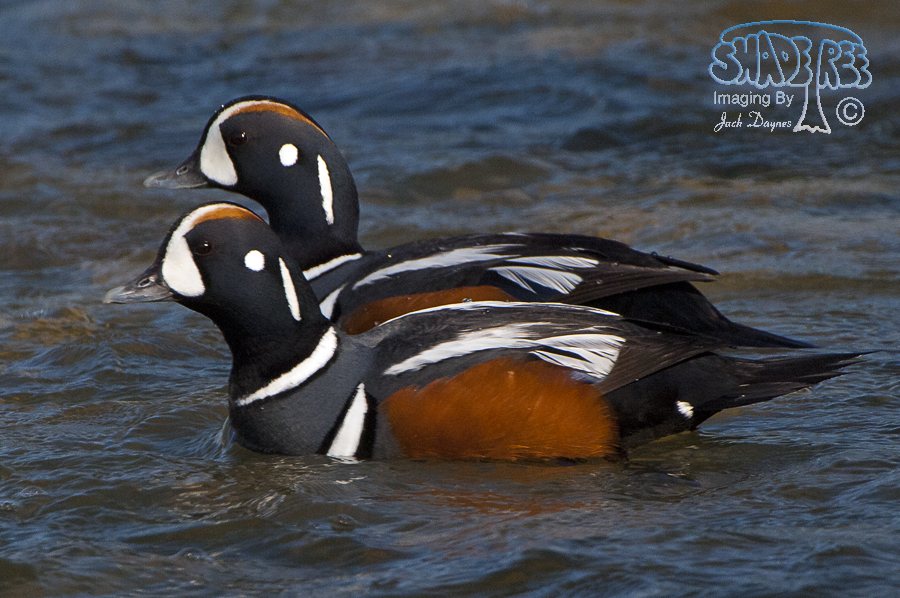 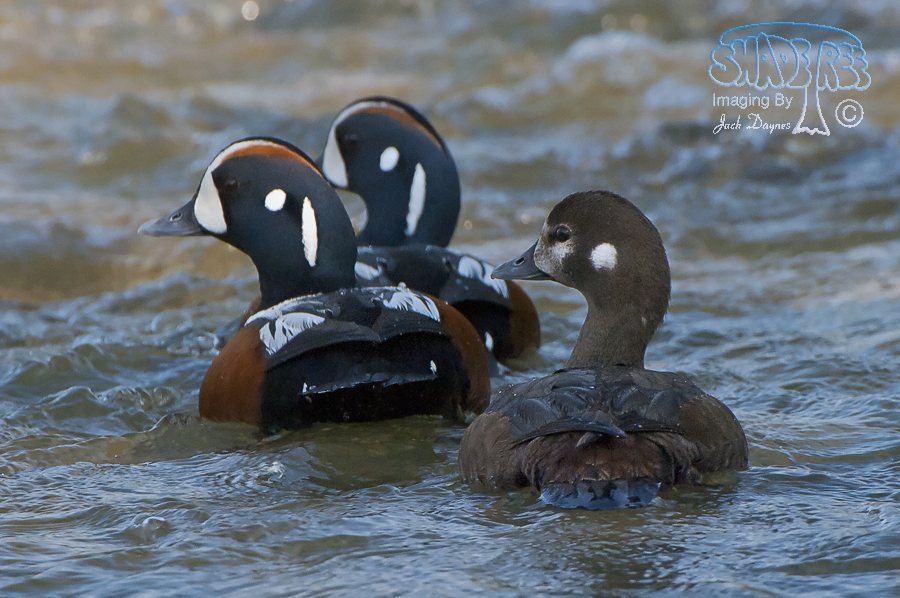 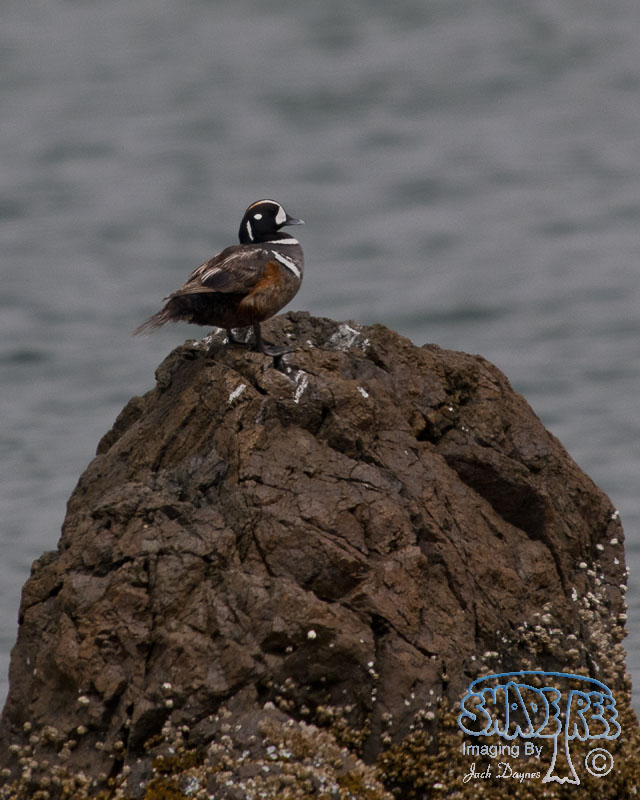 In the harbor at Crescent City in northern California.