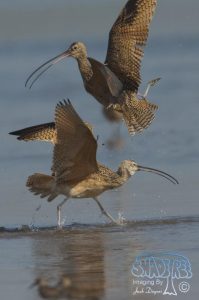 The Long-Billed Curlew is a distinctive bird. In North America only the Whimbrel could be confused with them. With its long beak, it can forage deeper into the sand and mudflats than any of its competitors. They are the largest shorebird with the longest beak in North America. We see them often on on shorelines of lakes and oceans, yet they are perfectly at home foraging in agricultural fields.

When the breeding season arrives, these birds head to the interior of the American western Great Plains and Great Basin states. Short or mixed grasslands satisfies their nesting needs. After leaving the breeding grounds, most birds leave for Mexico and the southern USA states, especially the coastlines. Some birds may be found anywhere on the Pacific coast from the Canadian border to Central America.

The Long-Billed Curlew has two close relatives in Asia and Europe; the Eurasian Curlew and the critically endangered Far Eastern Curlew. Differentiating the sexes in these birds is difficult, though it is believed that the bills of the females are longer, and more decurved at the tip. It’s not unusual in shorebirds for the females of the species to depart from the breeding grounds early, leaving the males to attend the child-rearing duties. Our Long-Billed Curlew is no exception.

These large shorebirds are easy to find in coastal San Diego County. I’ve met many of these birds on the coastlines of South San Diego Bay and its adjacent wetlands. My first meeting with these birds on their breeding grounds was on Antelope Island of Utah’s Great Salt Lake, when I found a probable male bird standing on a large rock in the middle of a grassy field advertising his location to any females within eyesight or earshot.

My only meeting with this species in Texas was during a boat tour at Aransas NWR while looking for Whooping Cranes. The bird flushed from its foraging grounds near the cranes and flew away. I’m afraid it wasn’t one of my better image captures of the species. To view the better image of this species in my collection, visit the <Species Gallery>. 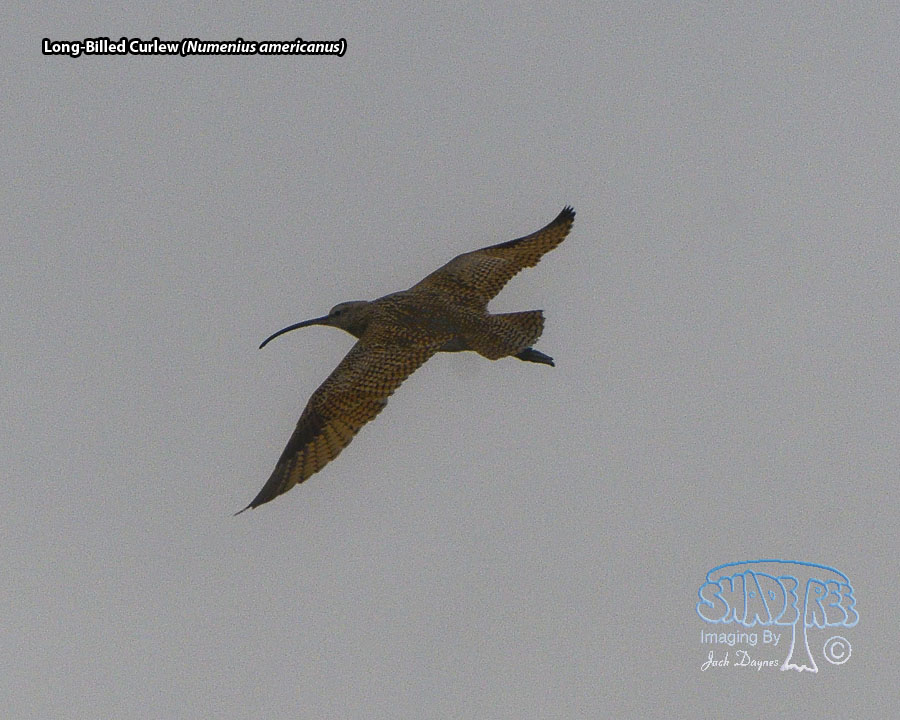 This curlew picked up from the marsh near where the cranes were foraging. My third day of exploration of Aransas NWR was a memorable one. I boarded the tour boat the "Skimmer" and got schooled by Captian Tommy Moore on a three plus hour cruise of the back-bays and waterways beyond the view of the public from the tour roads on the reserve.