We can find Marsh Wrens during some part of the calendar year, across most of the North American continent, from southern Canada to southern Mexico. They spend winters between southern USA and Mexico, and they make summer homes between southern Canada and northern USA. Scattered throughout this range, in places like the Pacific, Atlantic and Gulf coasts, there are pockets where these birds will stay year-round. The Great Basin and parts of the Colorado Plateau are also locations where there are year-round resident birds.

Some describe the Marsh Wren’s song as “a loud gurgle”. These suitably named birds make their homes wherever they find suitable wetlands. There are significant differences between the eastern and the western forms of this bird. Some believe them to be separate species.

The male Marsh Wren is a prolific nest builder. In a typical breeding season, he will take two mates and build a half-dozen dummy nests for each female to choose one as her own. Males may build over twenty nests in a single season.

In spring and summer, it is easy to locate these small bundles of energy by simply listening during a visit to a suitable wetland habitat. I have enjoyed watching their acrobatic maneuvers, doing the splits on separate stems, and bouncing through the reeds with tails bent at an impossible angle over their backs while scolding all interlopers. 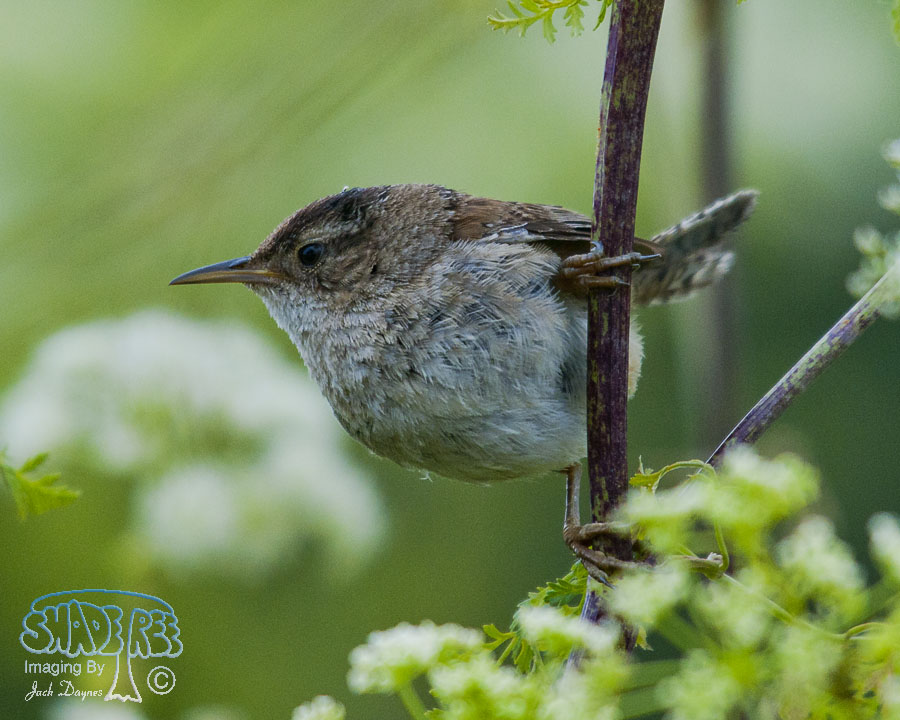 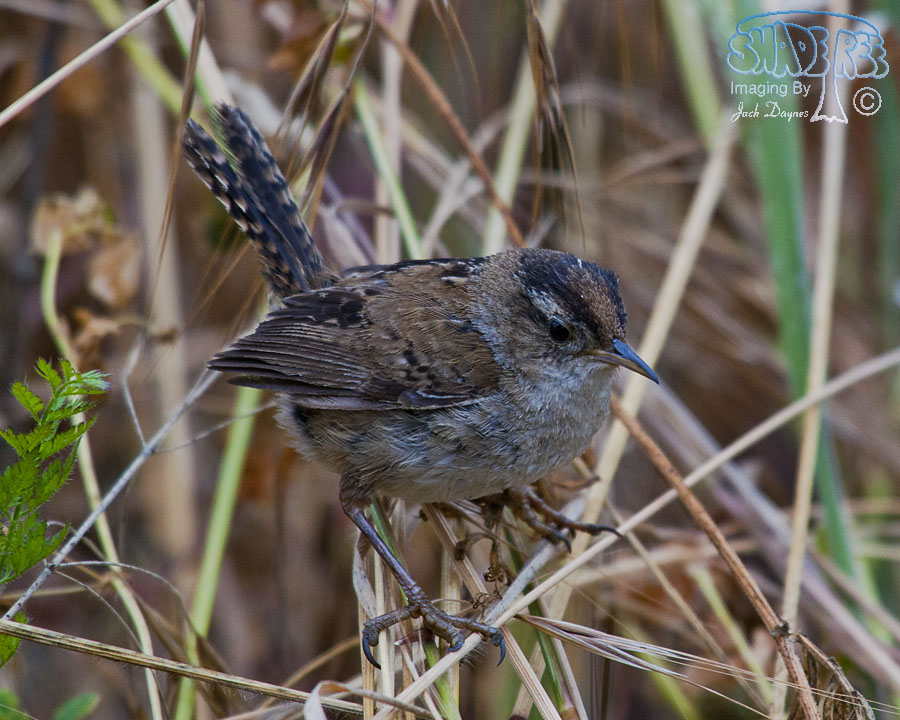 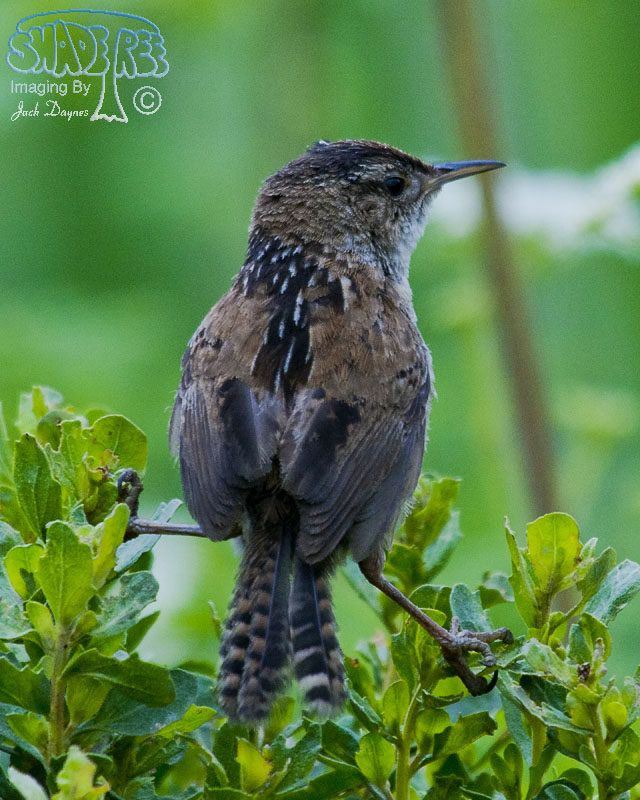 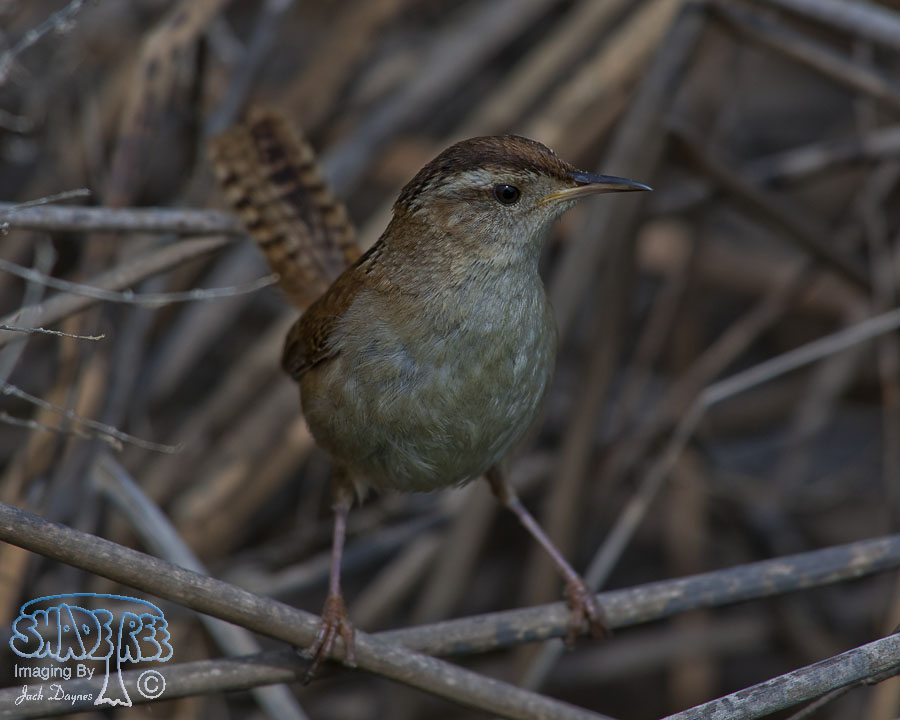 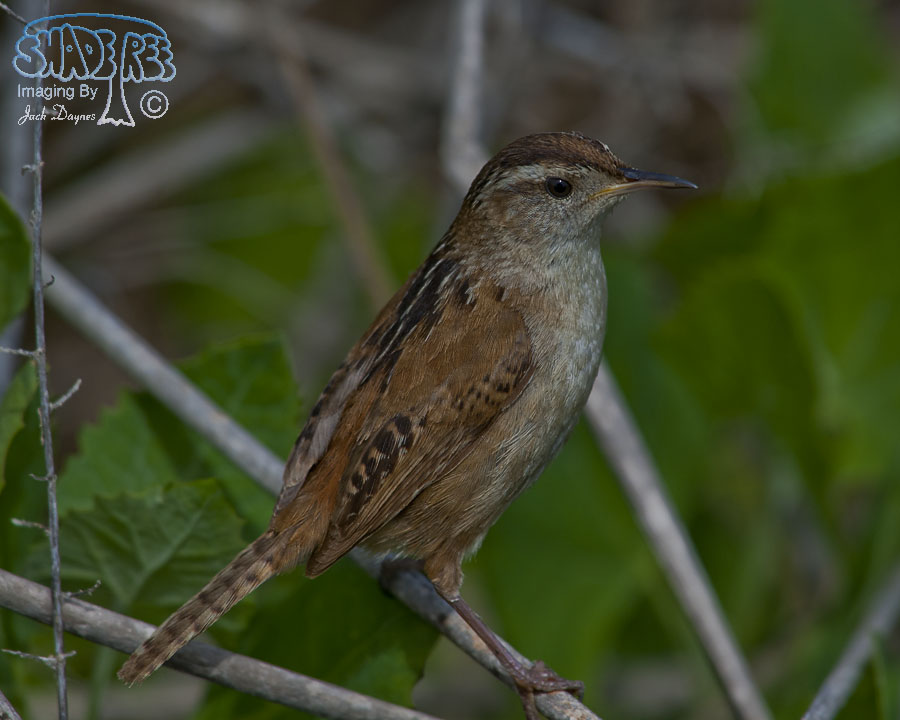 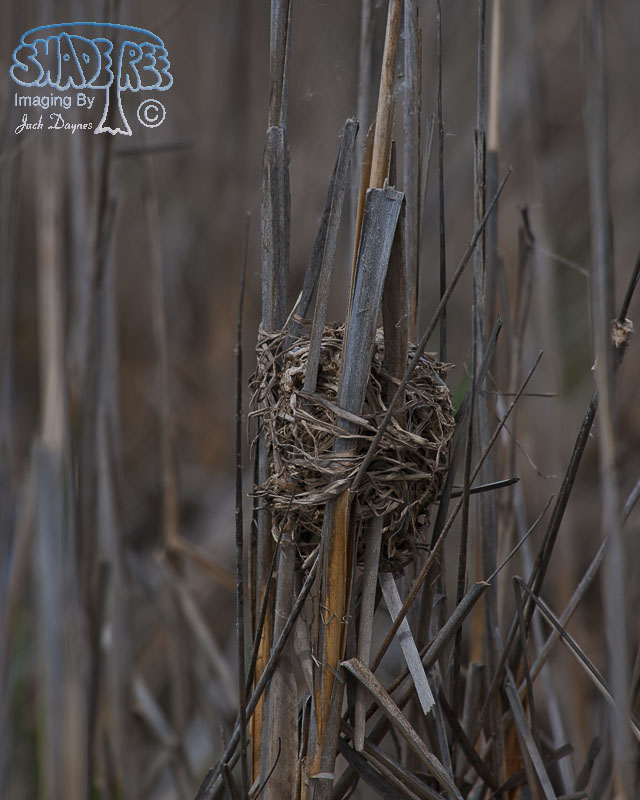 Lots of nesting by these wrens in these wetlands. Bear River Migratory Bird Refuge, 17 miles west of Brigham City Utah. 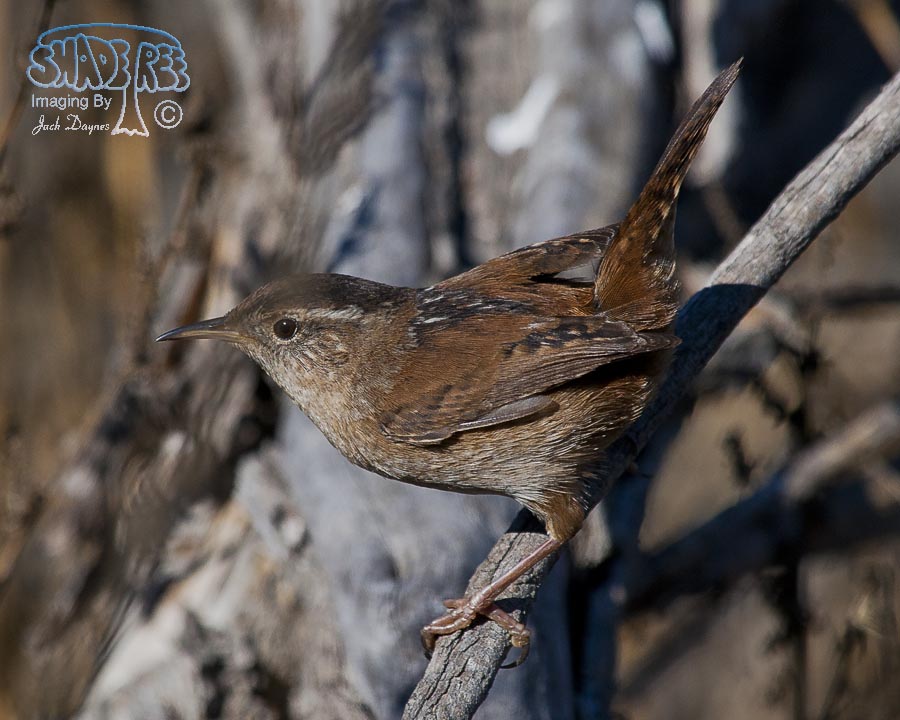 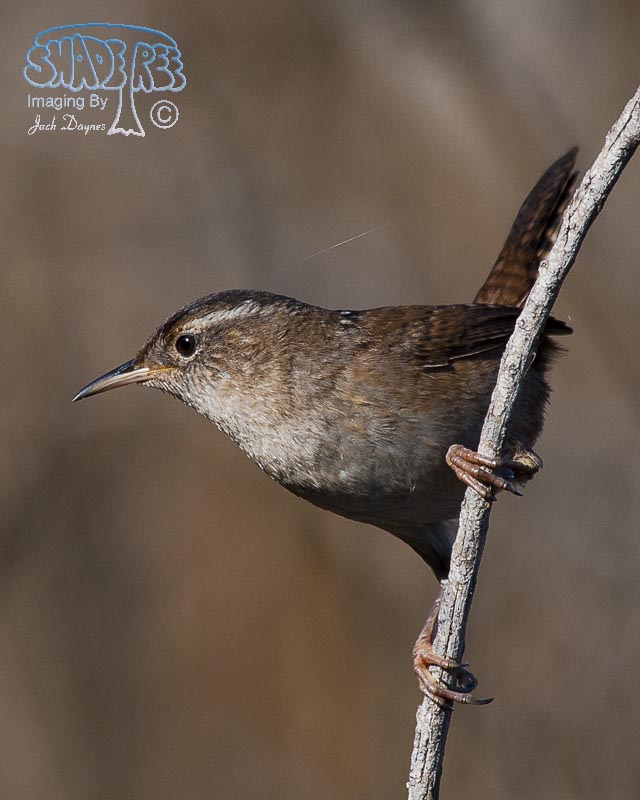 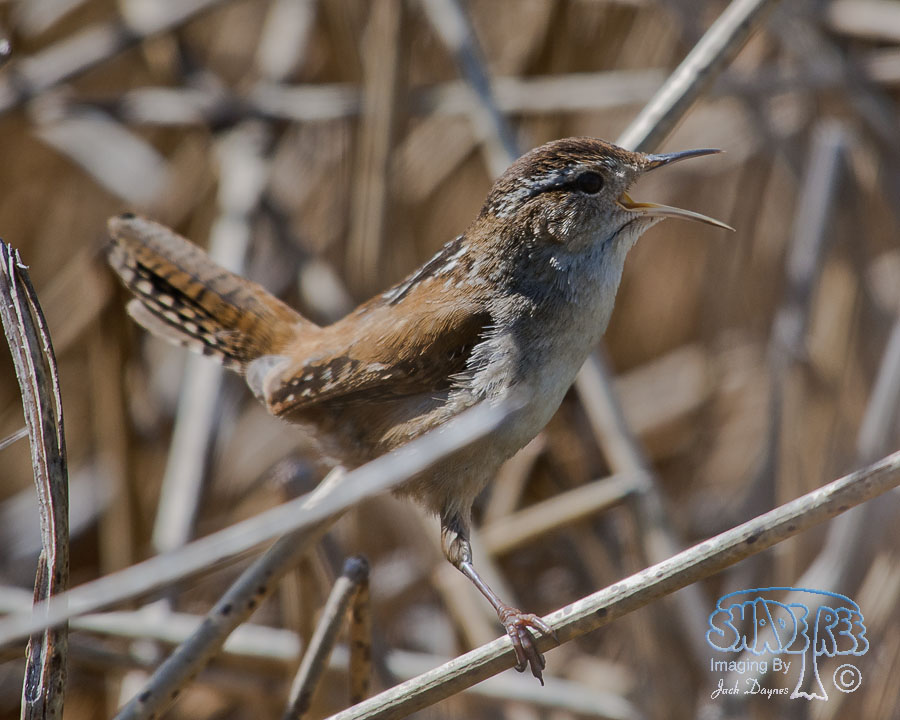 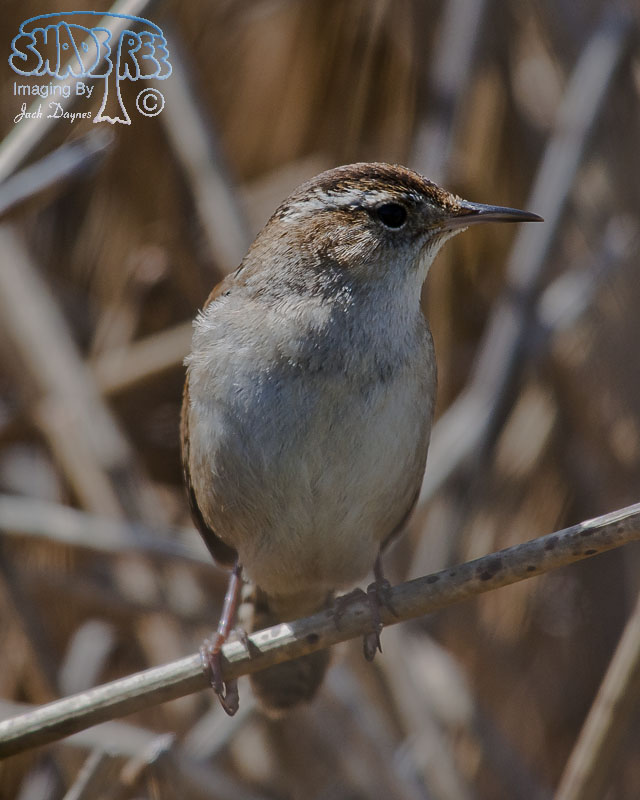 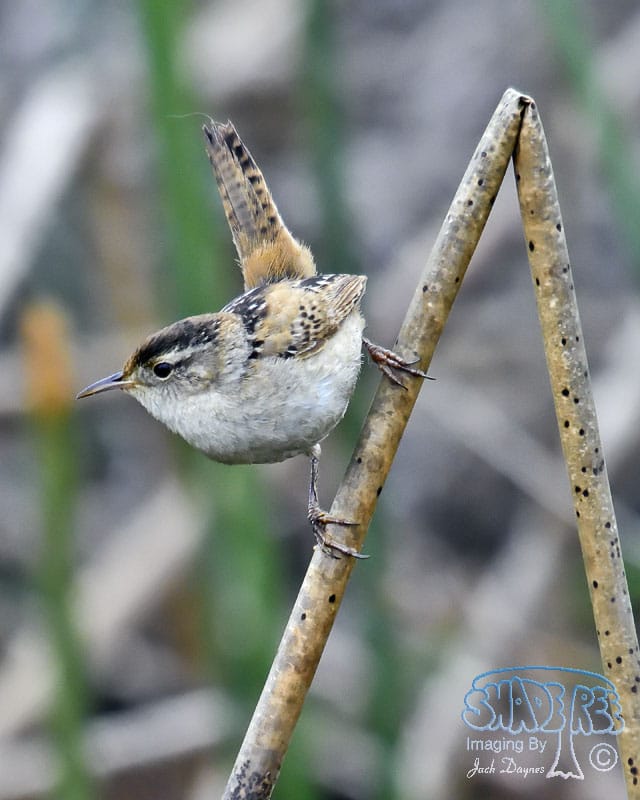 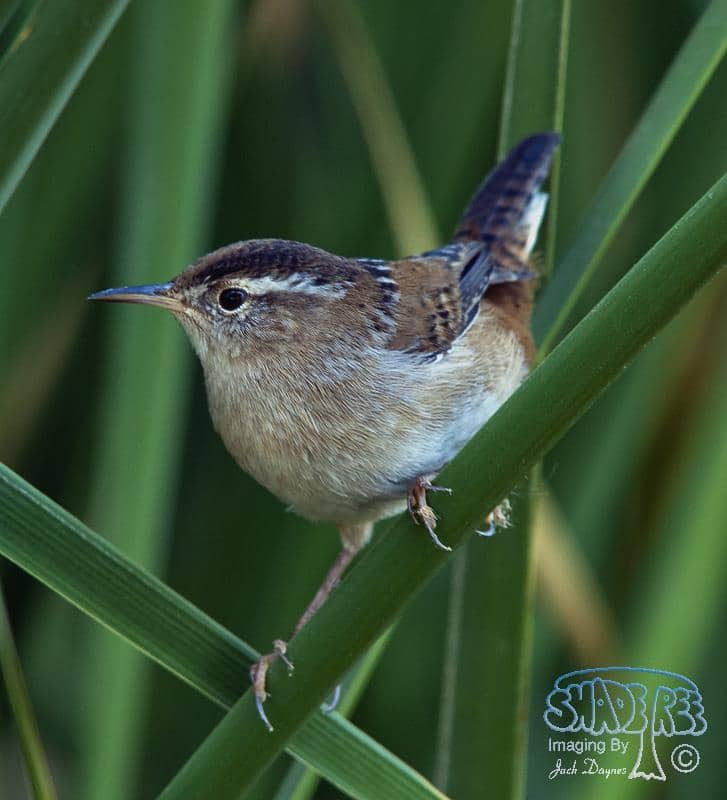 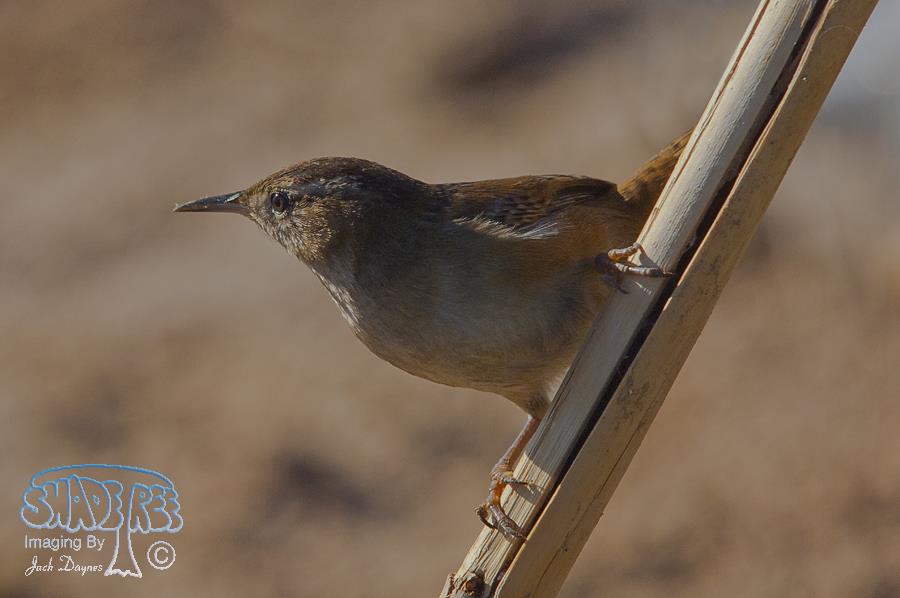 There is no shortage of Marsh Wrens in the wetlands south of the Salton Sea. Vendel Road. Salton Sea Vicinity. Imperial County, California. 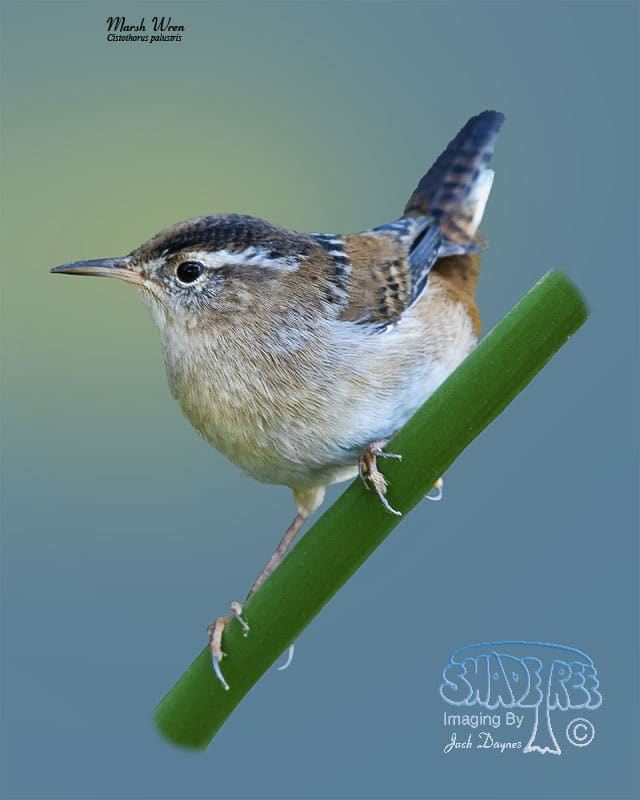 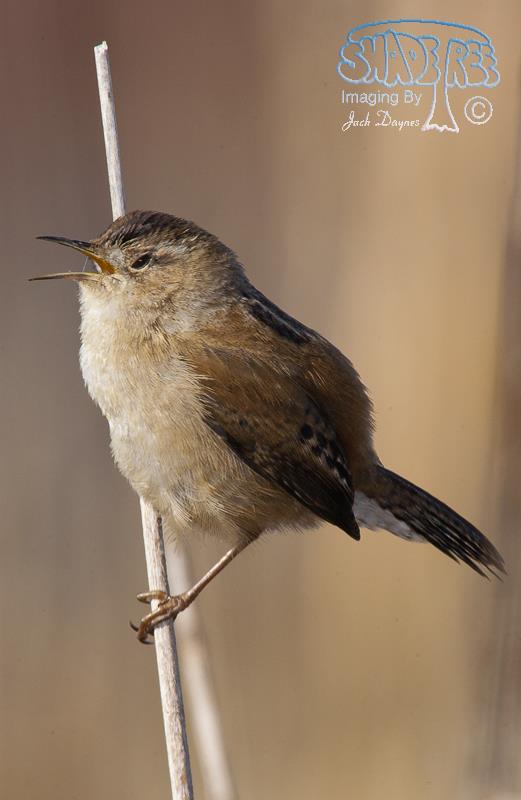 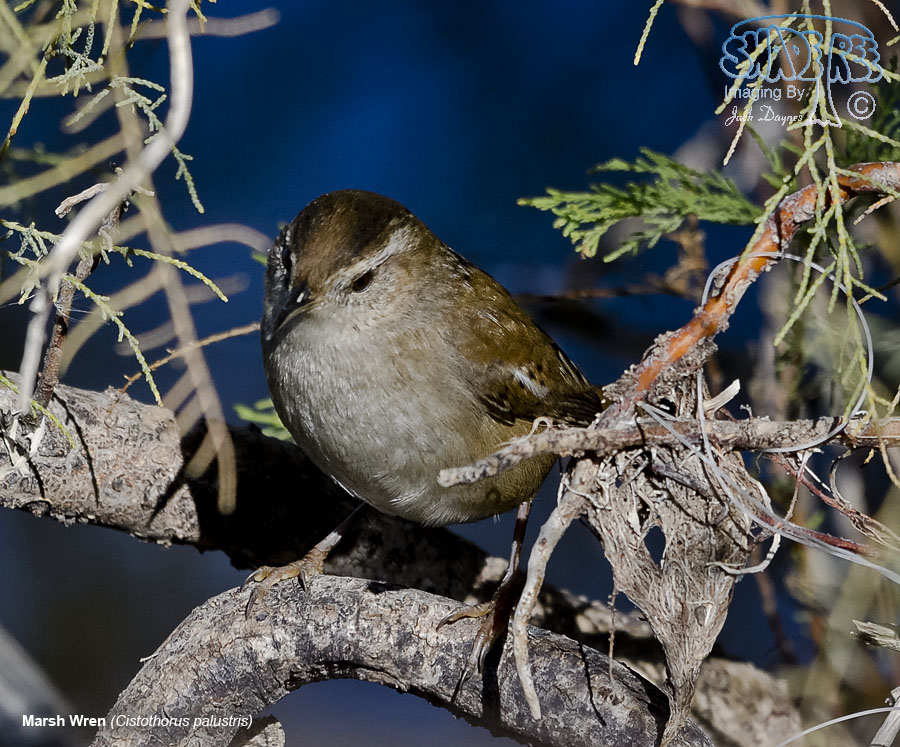 A frustratingly elusive bird at Ramer Lake not far from the Salton Sea in Imperial County California. 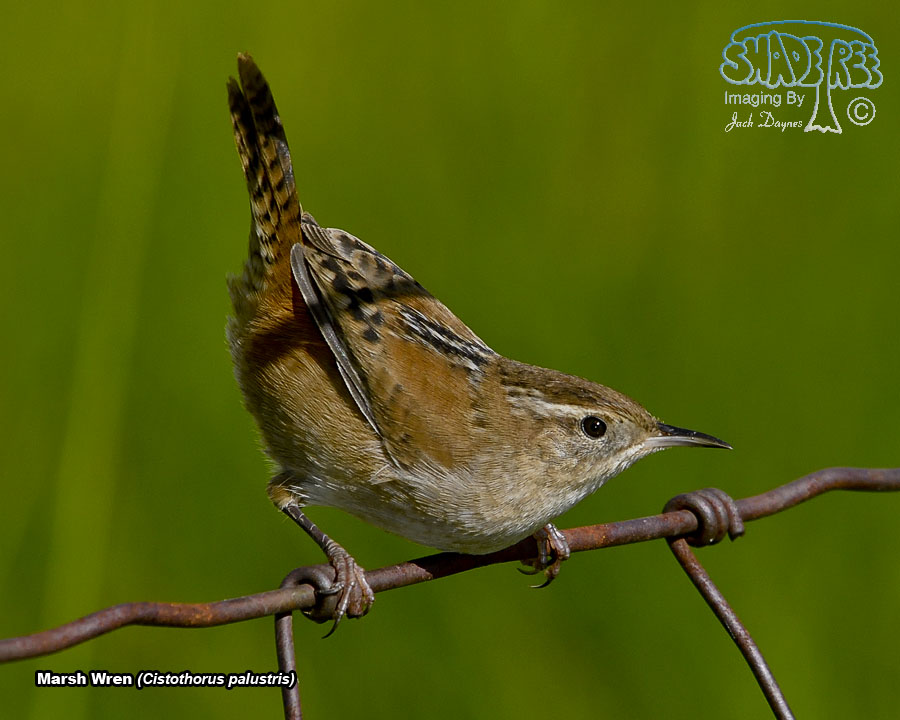 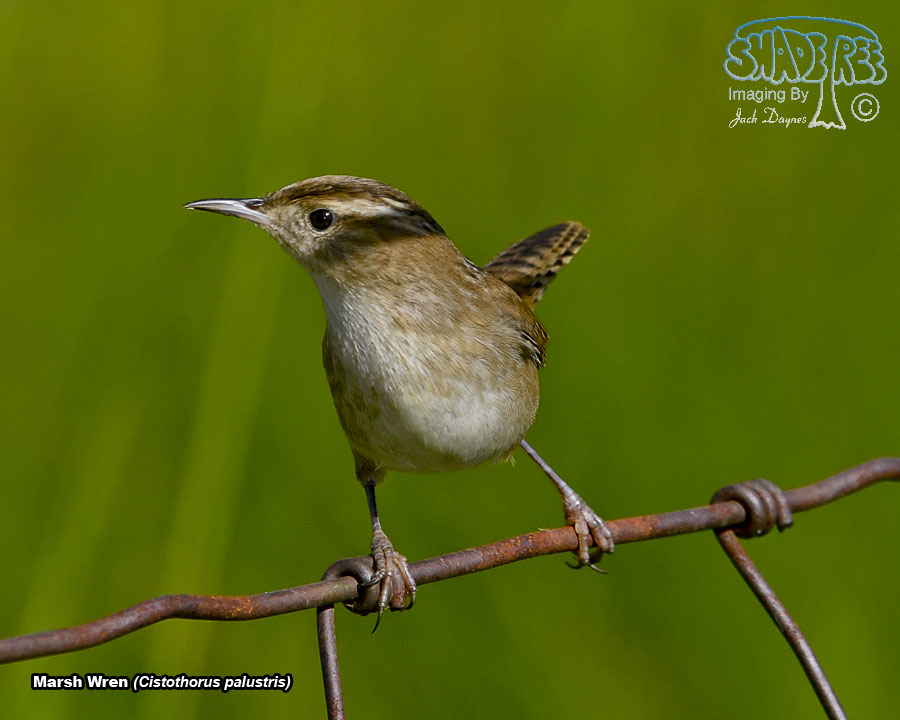 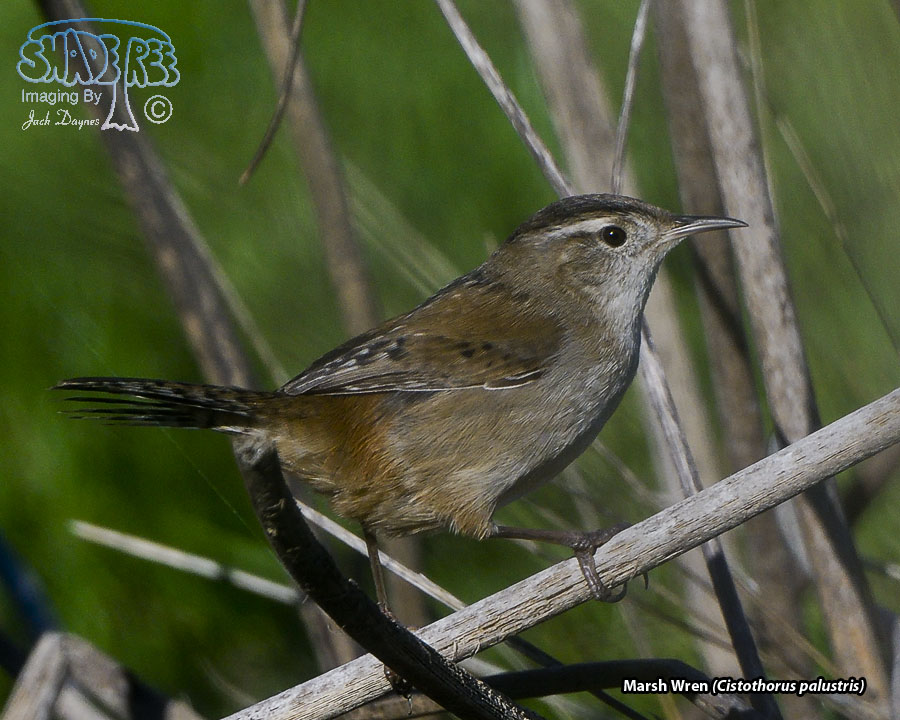 At the Sacramento National Wildlife Refuge near Willows California (USA). 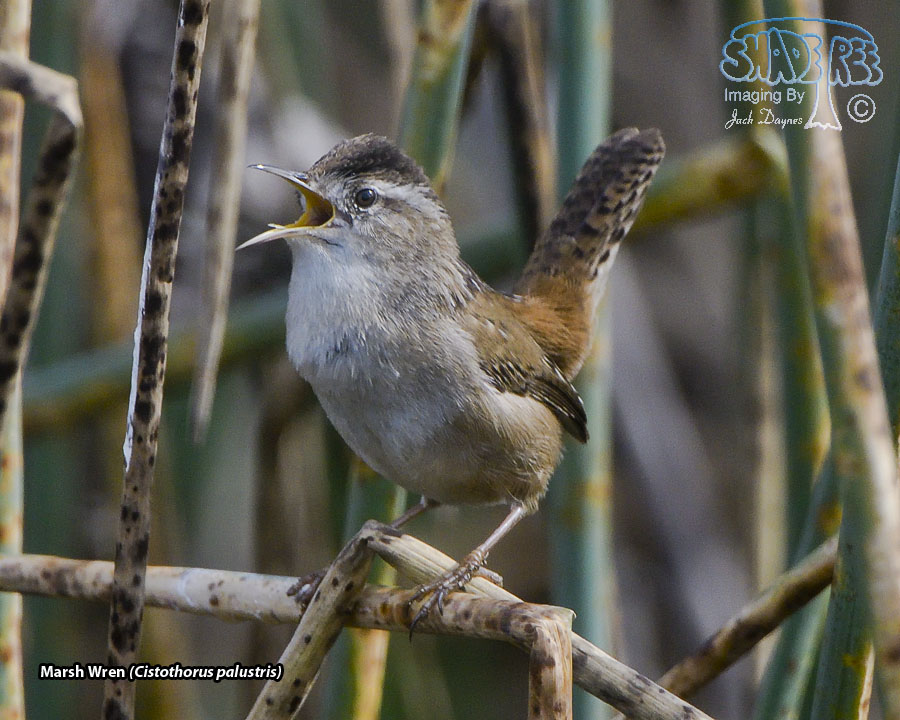 A vocal resident seen at the Merced National Wildlife Reserve on 2019-01-26, twelve miles southwest of the town of Merced, Merced County California (USA). 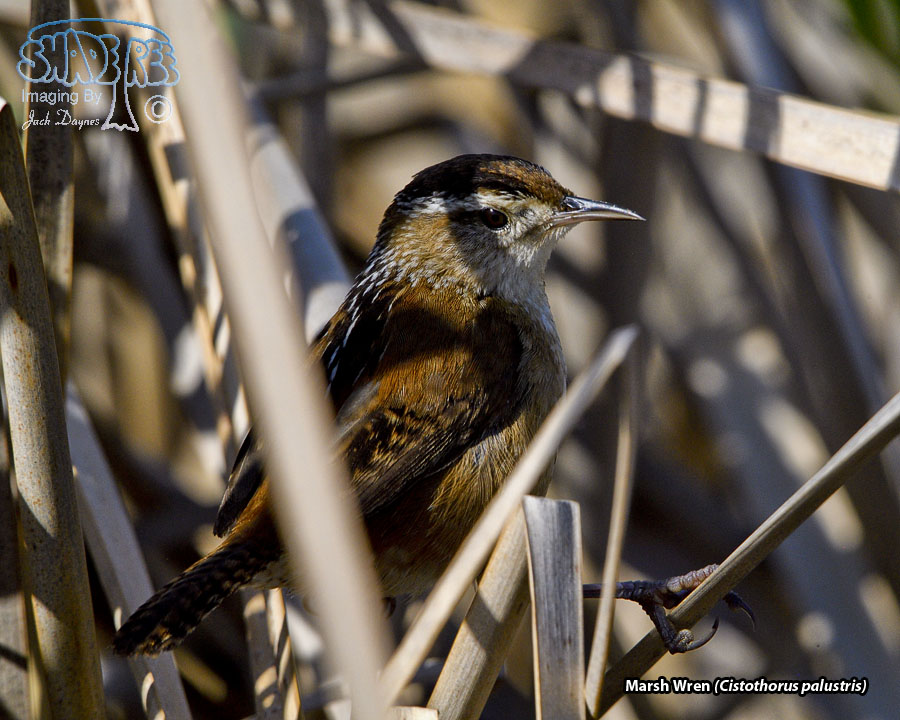 The wetlands near the Convention Center hosts, among the larger members of the bird clan, these small, skulking wrens. Last spring I learned how productive South Padre Island can be for birding. This was my first visit in winter, and it did not disappoint. 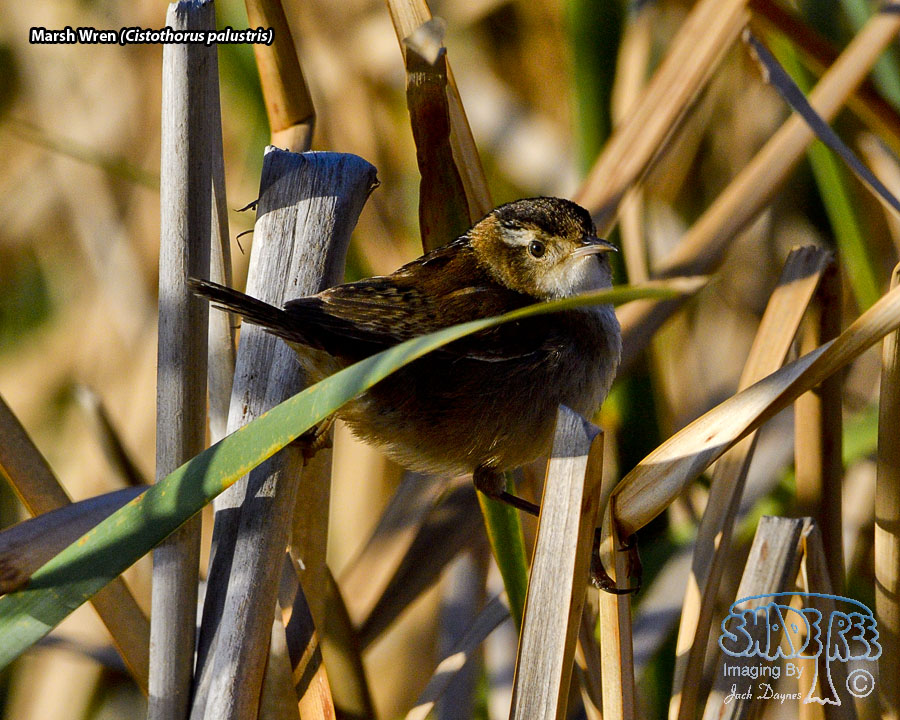 These wrens are probably year-round residents here on the marsh. The morning was slow for bird meetings at the SPI Convention Center, but the afternoon was better.