With a wingspan of nearly nine feet, the Martial Eagle is the largest raptor in Africa. As much as 45% of their diet comprises birds (particularly game birds). Reptiles, especially lizards and snakes, make up 38% and the rest (17%) is made up of mammals such as mongooses, baboons, young warthog and impala lambs.

I met this bird as my brother-in-law drove me through Kruger National Park in South Africa in 1996. I didn’t have much experience with photography at the time, and my equipment was sub-par.

Despite its expansive range across Sub-Saharan Africa, science regards the Martial Eagle as monotypic (no subspecies). They are one of the most persecuted bird species in the world. Because of its habit of taking livestock and regionally valuable game, local farmers and game wardens frequently seek to eliminate Martial Eagles, although the effect of eagles on this prey is almost certainly exaggerated. Currently, the species is classified with the status of Endangered by the International Union for Conservation of Nature. 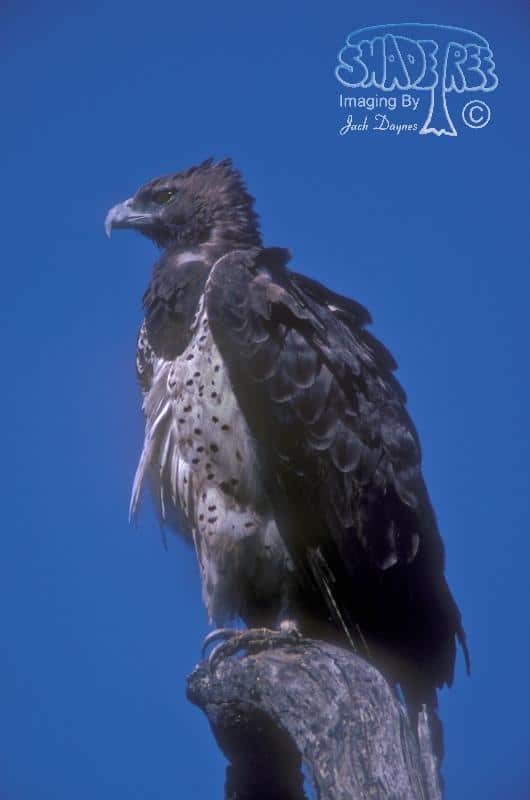 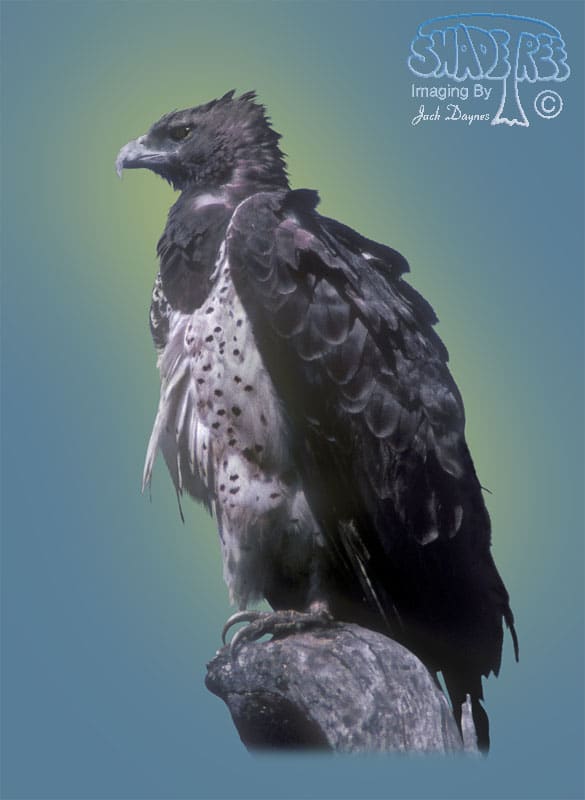