The Mountain Quail is a shy bird. Often, the only way to know their presence is by hearing their calls. True to its name, these birds prefer higher elevations from California and north through Oregon.

All my image captures of Mountain Quail came during missions on behalf of the San Diego Natural History Museum. Often, when I’ve visited the high back country of San Diego County, I’ve heard their piercing calls echoing through the hillsides. Getting them to pose for a picture is not as easy. My first capture was in 2002, while I was gathering images for the San Diego County Bird Atlas. I collected my second set of shots while working with the team on the San Jacinto Resurvey. I’ve found my volunteer work with the museum has been some of the most rewarding episodes of my life, and I’ll always treasure my memories of those times. 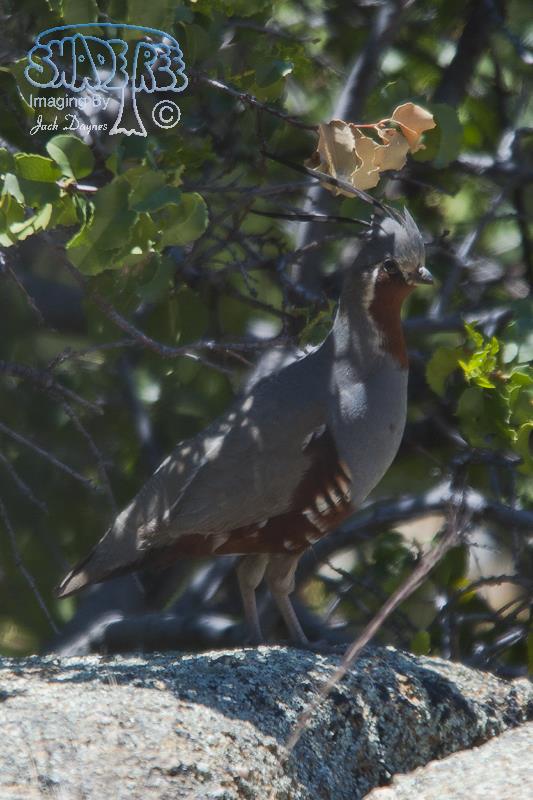 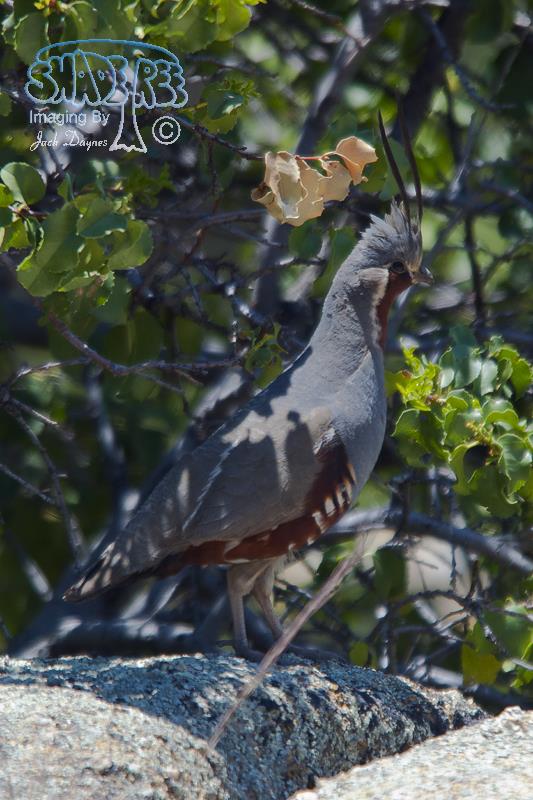 Papa quail had his family nearby in the Garner Valley Site for the SDNHM 100 re-study of the San Jacinto - Santa Rosa region. Riverside County, California. 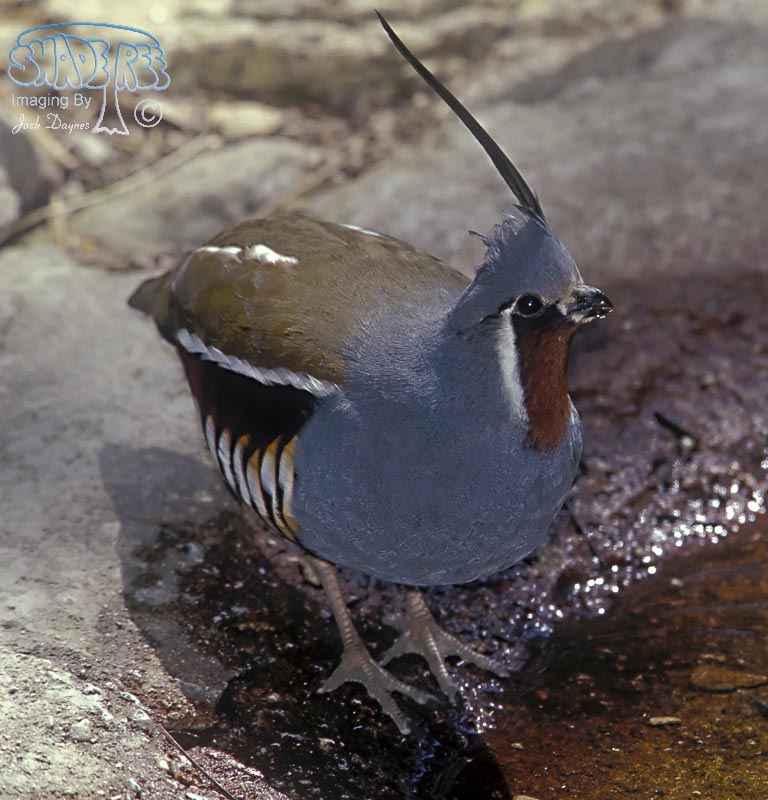 Satisfying its thirst at the Idyllwild Nature Center near Idyllwild, California. Riverside County.