Olive Warblers breed in mountain coniferous forests. They range year round from northern Mexico south into Central America. In spring, some of these birds migrate north into Arizona and to a lesser extent to New Mexico. These birds make their nests high in conifer trees, usually near the end of the smaller branches.

Recent DNA studies turned up some very surprising conclusions regarding the genealogy of the Olive Warbler. Long believed to be a member of the New World warbler clan (Emberizidae: Parulinae), it turns out their nearest relatives are Old World warblers (actually accentors). Prior to 1948, scientific literature referred to the Olive Warbler as Dendroica olivacea or Peucedramus olivaceus.

I met the Olive Warbler during a memorable stay on Mount Lemmon (north of Tucson, Arizona) in the spring of 2017. I spent three days at a location called Incinerator Ridge, and made the acquaintance of several new species, including the Red-Faced Warbler, and the Grace’s Warbler. 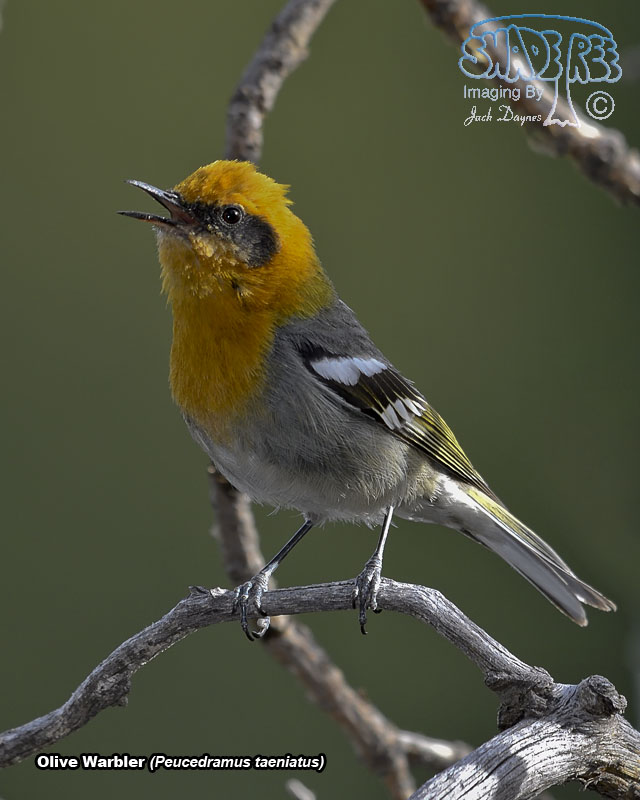 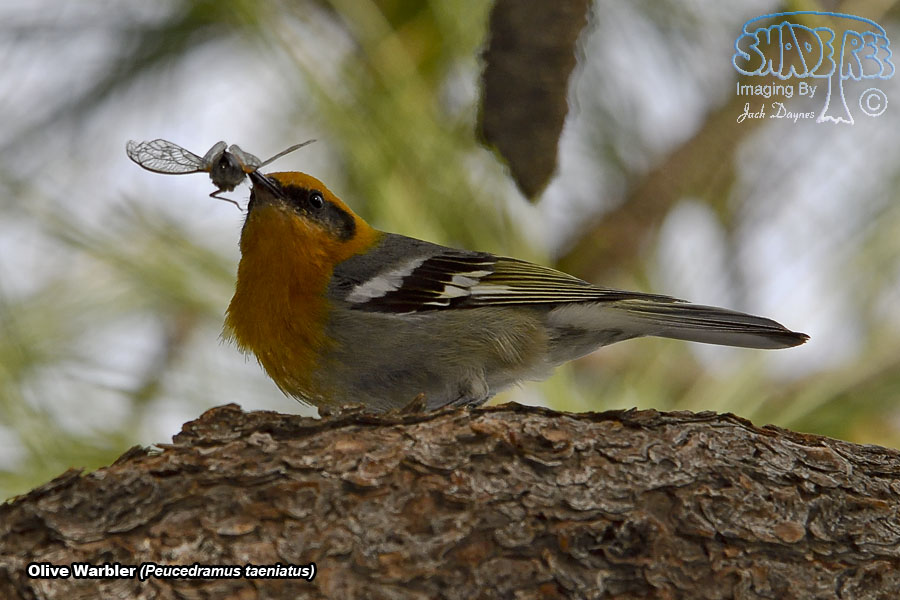 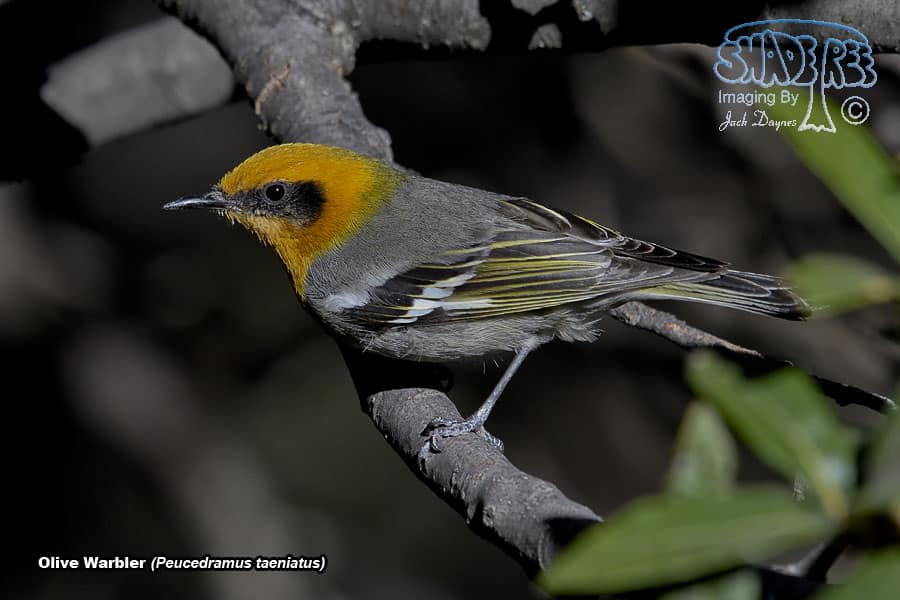 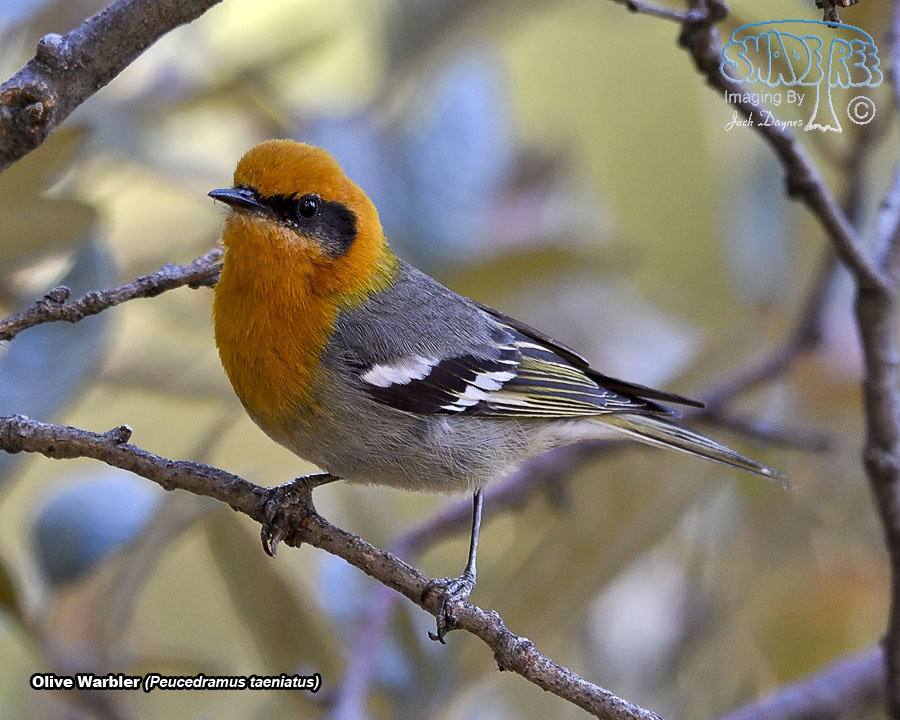 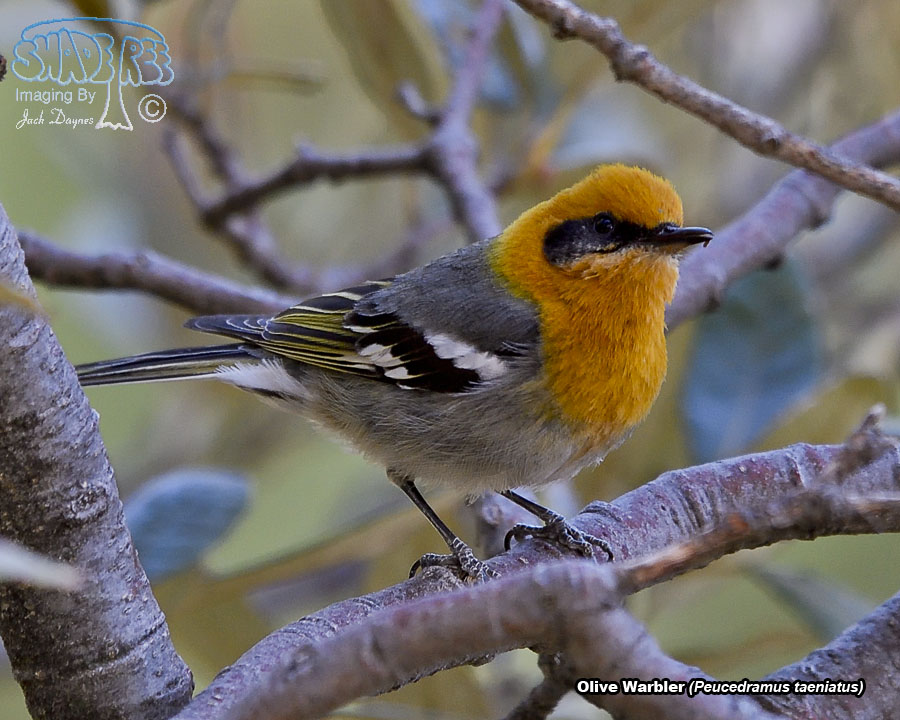 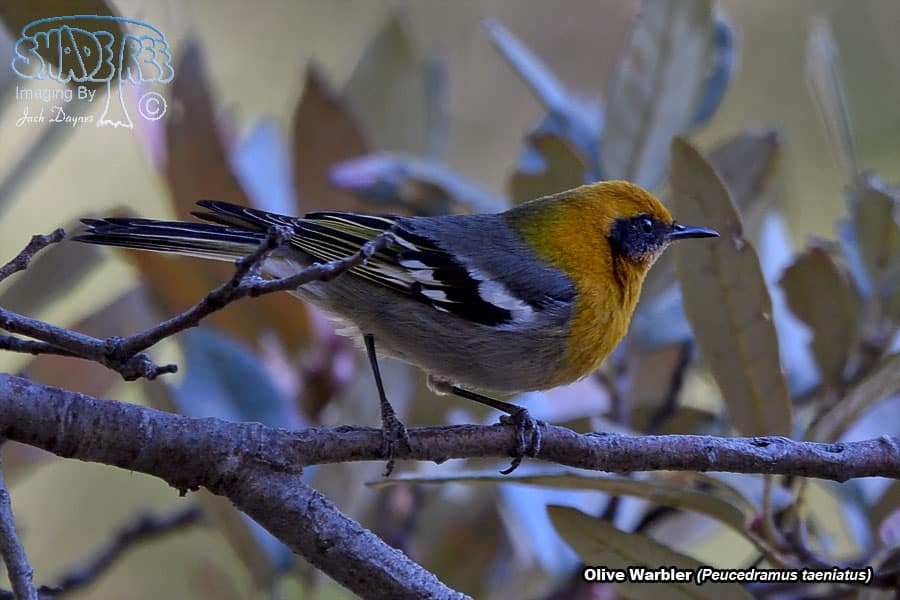