Palm Warblers get their name from the region where they spend winters. Nesting further north than most moth-eaters (genus Setophaga), summers find them in regions (mostly in Canada) dominated by boggy shrub lands surrounded by conifers. Such habitats are unfriendly to the palm trees for which they are named. Even in winter we find them often in marshy lowlands in habitats that seem better suited to sparrows.

In keeping with their low-to-the-ground reputation, their nests are usually placed on the ground below a small conifer, though they sometimes place the nest on a low branch about a foot from the ground.

Taxonomists call out two subspecies, diagnosed chiefly by coloration on the bellies of these birds in breeding plumage:

To date, my only meeting with this species has been on Isla Socorro in the Revillagigedo Islands, during a 2017 science expedition I was privileged to attend. 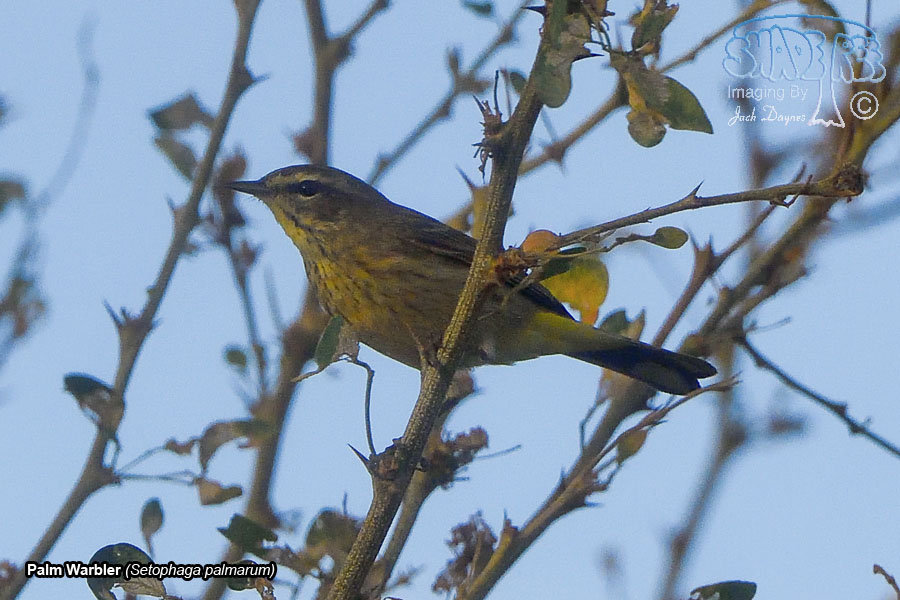 One of several migrant species found on our first afternoon on Isla Socorro. The largest of the islands in the Archipielago de Revillagigedo, and part of the state of Colima, Mexico.