We find pelagic Cormorants along inshore coastal waters. Their North American range extends from Alaska to the Baja peninsula in Mexico, but their normal breeding range is from the Central California coast and north. Some of these birds may nest in coastal northern Alaska and across the Bering Straights to the Siberian coast. My encounters with this species have mainly been along the San Diego coastline in La Jolla, but I once met one in Morro Bay on the Central California coast.

When seen in flight, look for a white patch between the wings and tail. These are the smallest of all North America cormorants, but their bills are proportionally smaller than other cormorants. 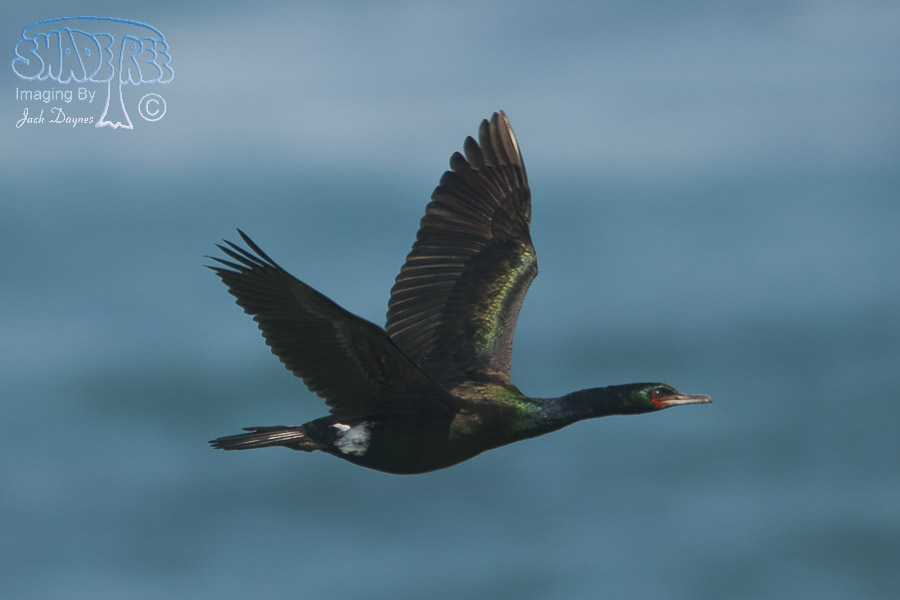 Sometimes careful examination of the flying cormorants will reward the viewer with a nice surprise. The Cove. La Jolla, California. San Diego County 2012-03-02. 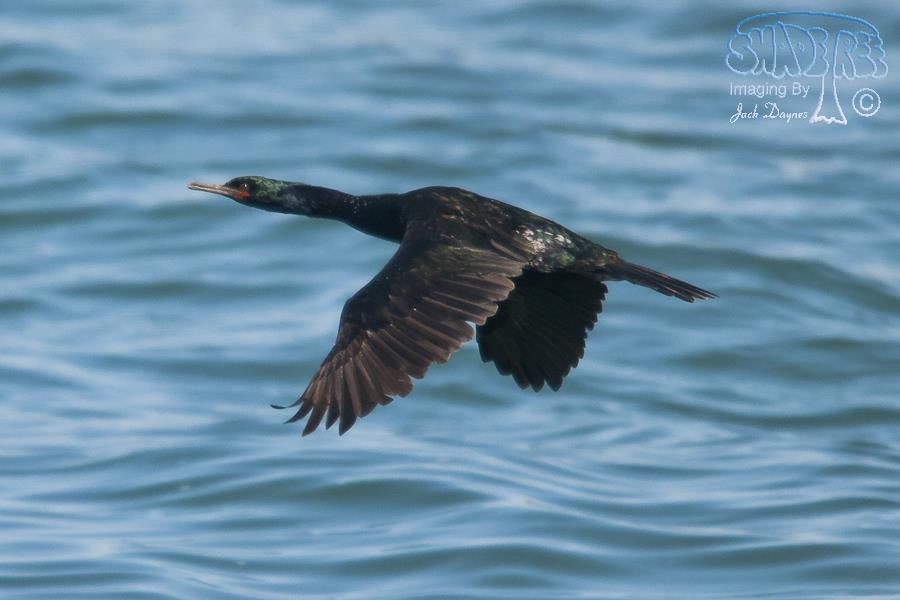 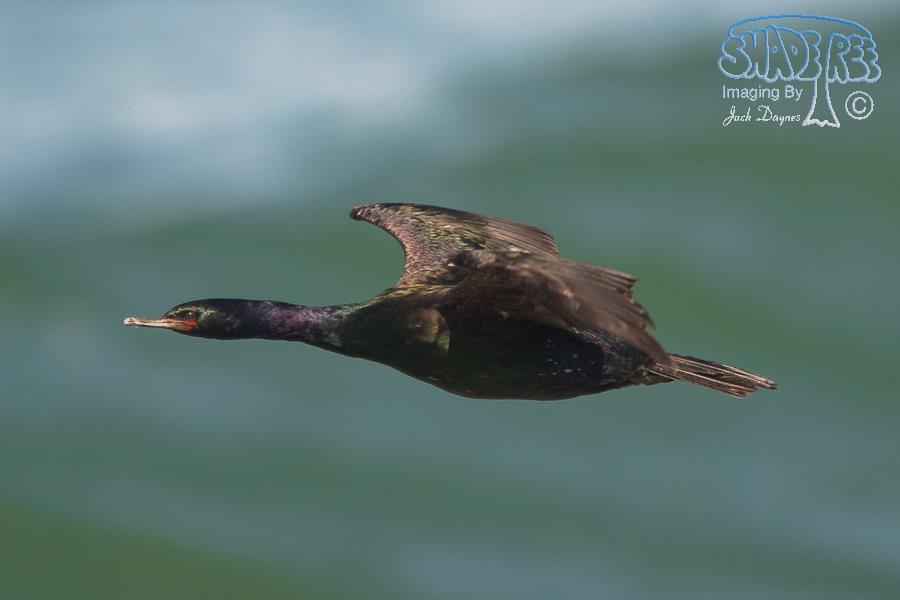 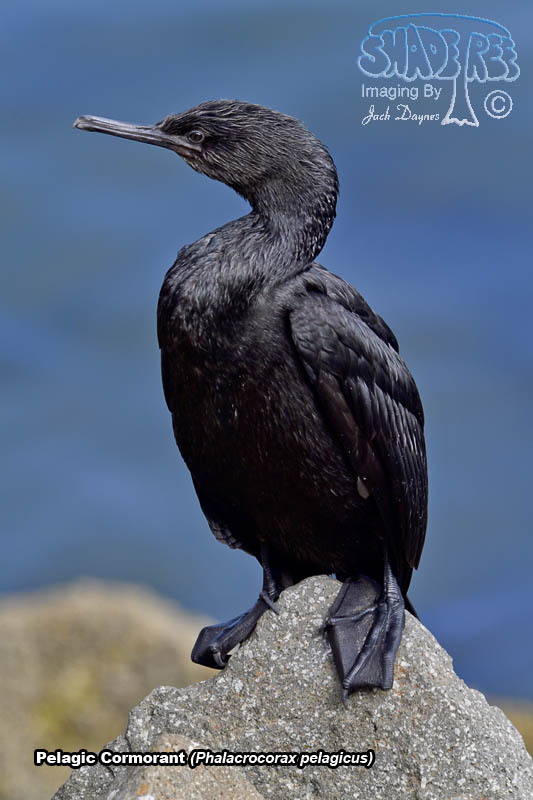