Described as ‘crow-sized’, the Pileated Woodpecker is the largest woodpecker in North America. Carpenter ants are its main food source. Save for Idaho and further north, they are not known to occupy the Rocky Mountain states, these birds don’t migrate, and live year round, wherever they are found.

In North America they range from the Sierra Nevada mountains through Northern California, Oregon, Washington, and across Canada from British Columbia, Northwest Territory and Alberta east to the North Atlantic coast of Nova Scotia and south from the Mississippi River Valley and east to Florida.

My meetings with this species have been limited to a single encounter in the Bitterroot Valley of western Montana. I was visiting an old friend near Stevensville when I discovered them attending his seed feeders. They were rather shy, and I could only capture one worthwhile image. I’d love to meet them again one day and get better acquainted. 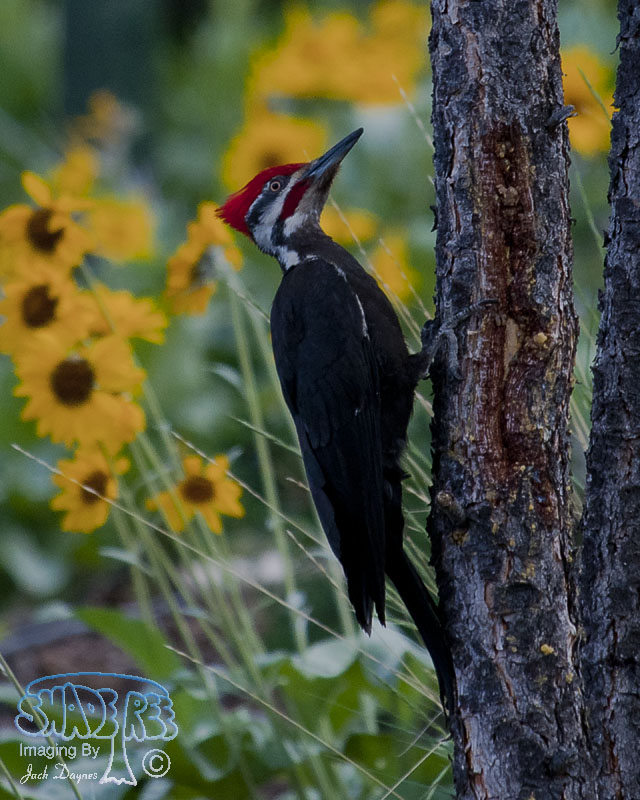 My first meeting with this species was in the Bitterroot Valley near Stevensville, Montana.