This bird breeds in coniferous forests of the northern Pacific Coast. In San Diego County, they rarely breed, and then only at the highest elevations (4600-6000′).

Like the Red-Naped Sapsucker, these birds were once believed to be a subspecies of the Yellow-Bellied Sapsucker. Given the common behaviours (sap-sucking), the similarity of their vocalizations and drumming sounds, it is easy to see how such a conclusion could be drawn. I liken the drumming cadence to the old vaudevillian comic “Shave-and-a-haircut, two-bits” rhythm.

My first meeting with this species came in San Diego’s mountains when I heard the characteristic drumming of a bird that was pounding out his rhythm on a metal roadsign. It worked well and the sound could be heard from a mile away. The next time I met these birds I found them breeding in the Rogue River Valley near Medford Oregon. 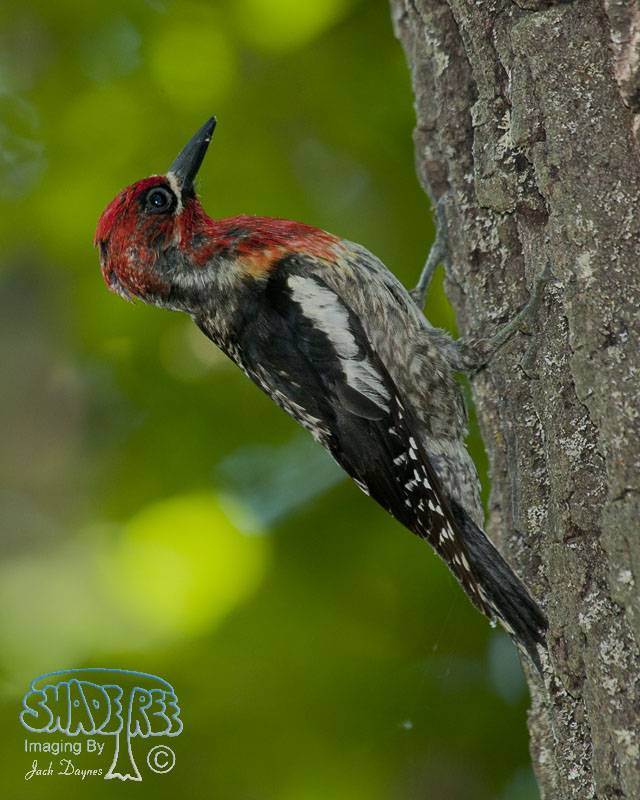 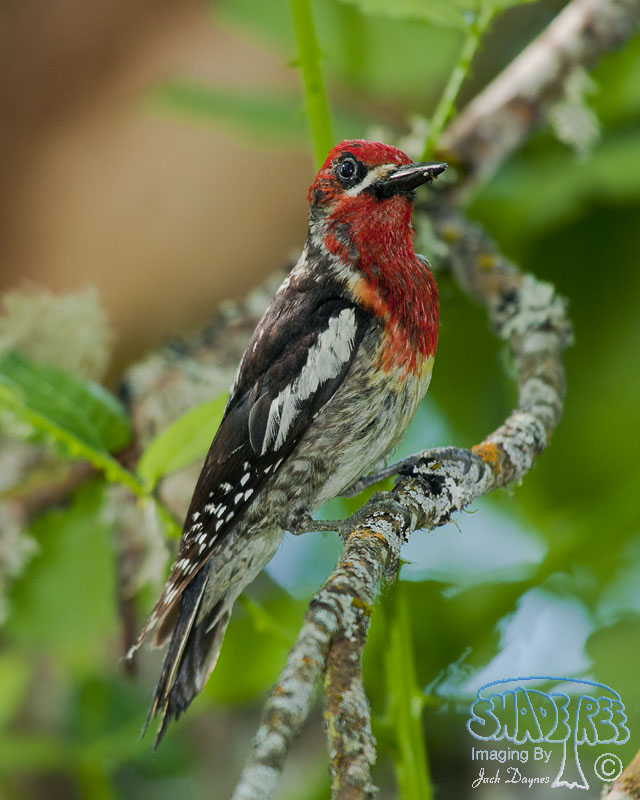 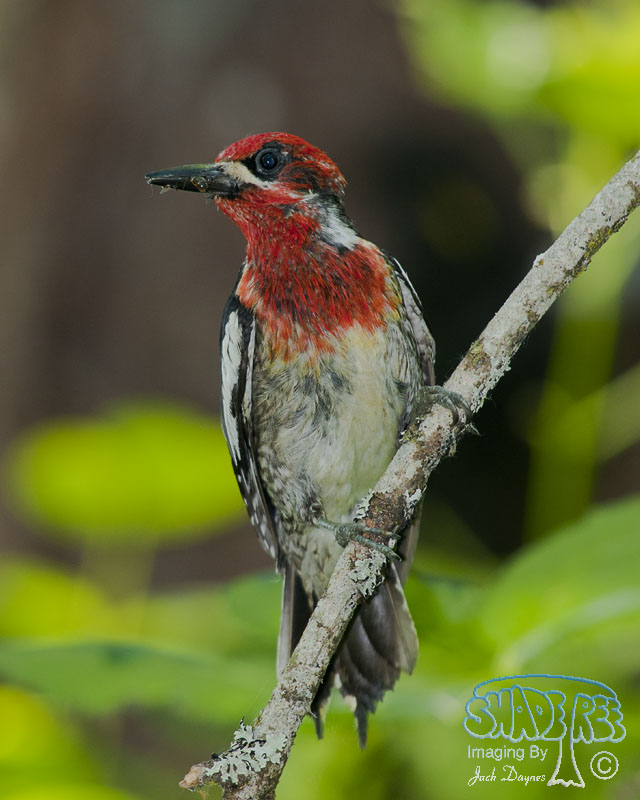 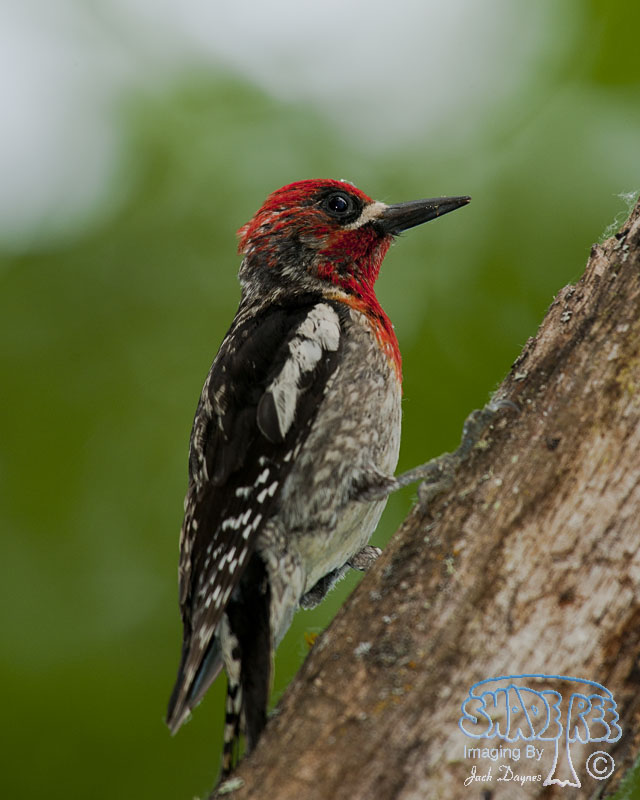 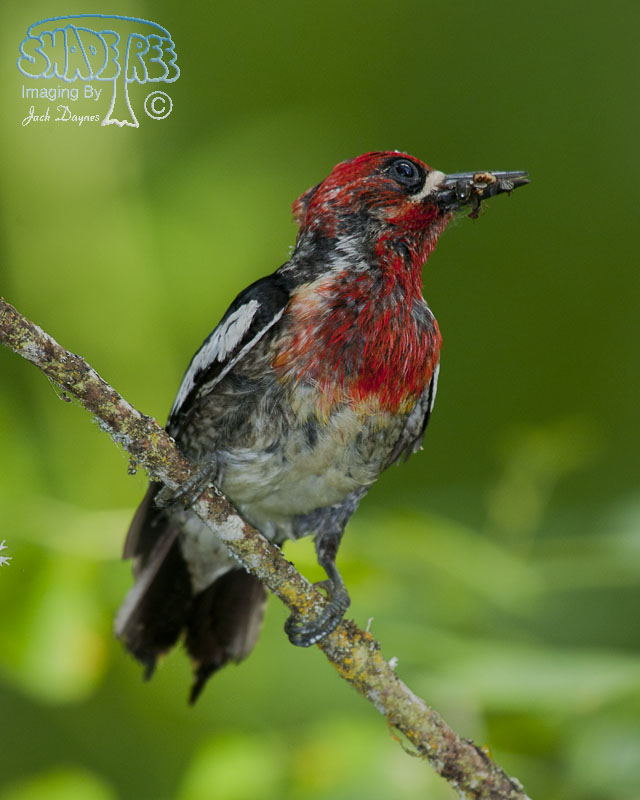 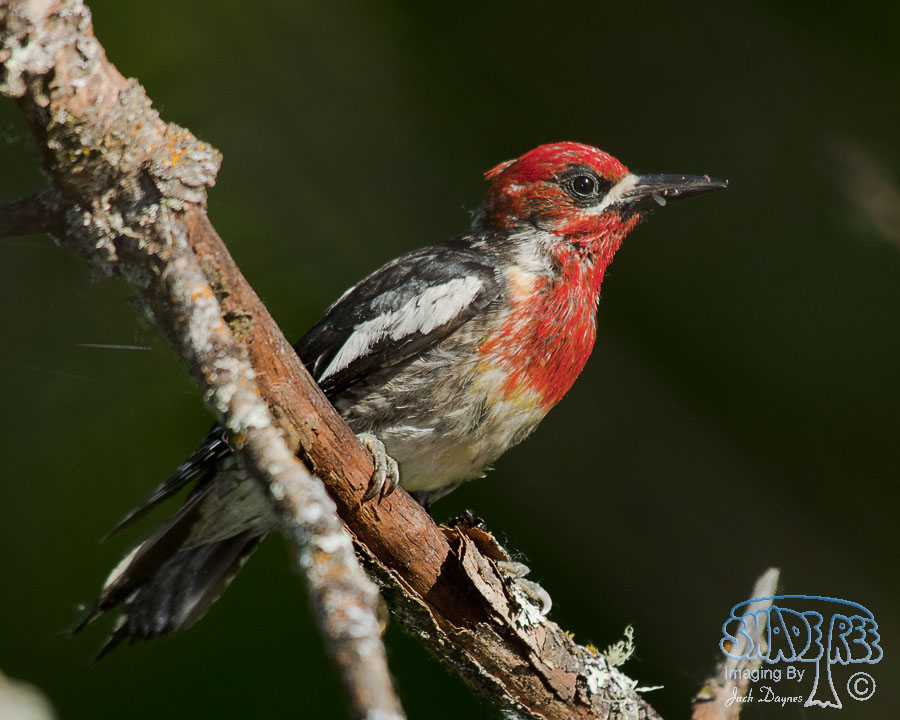 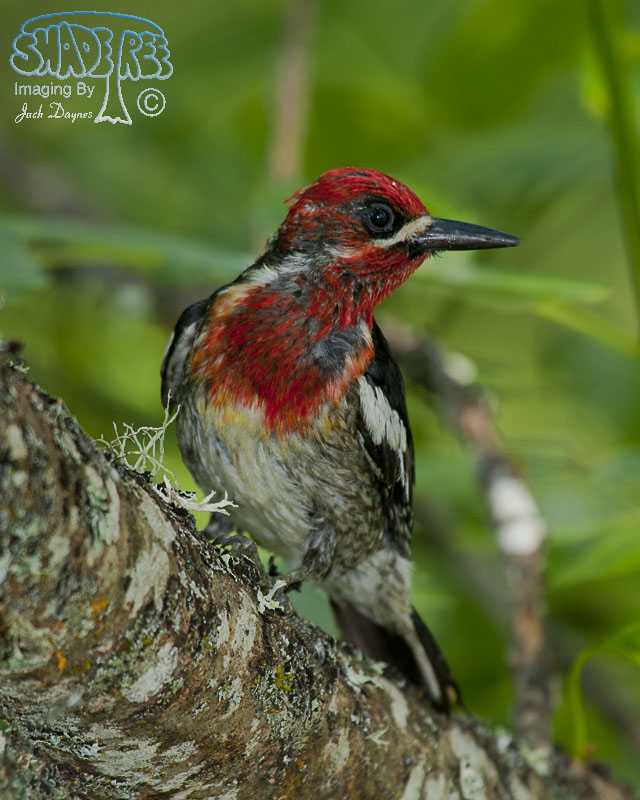 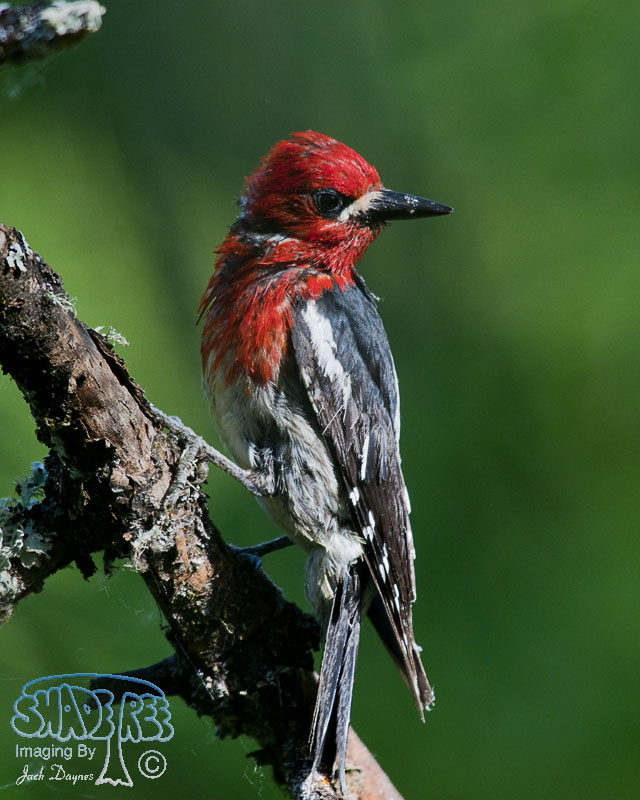 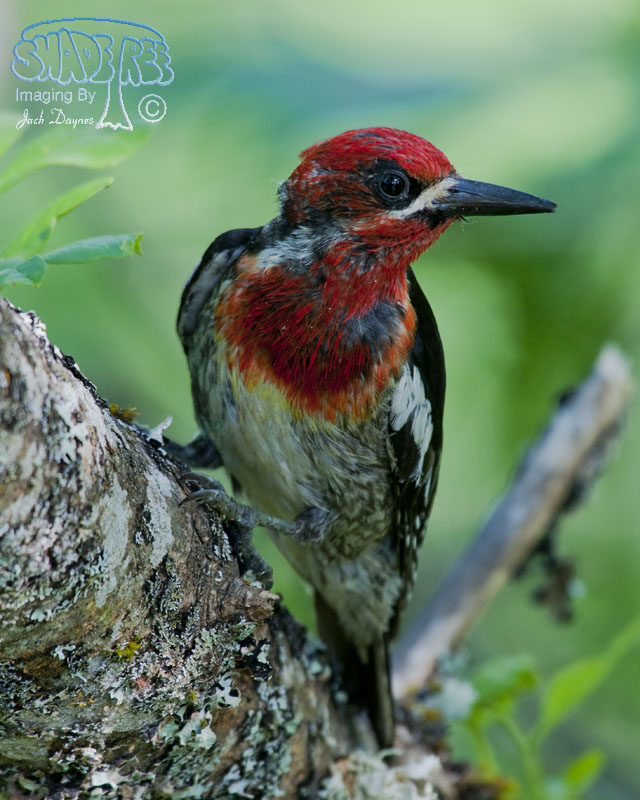 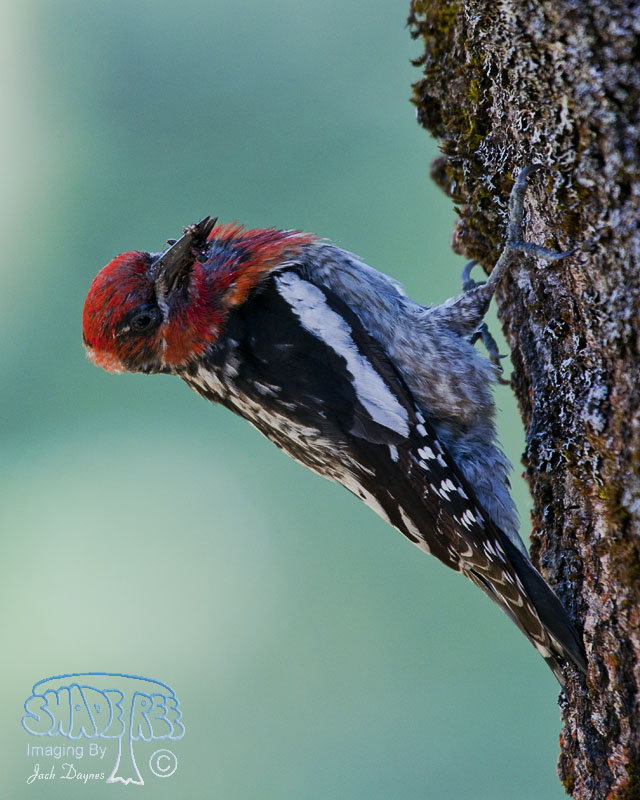 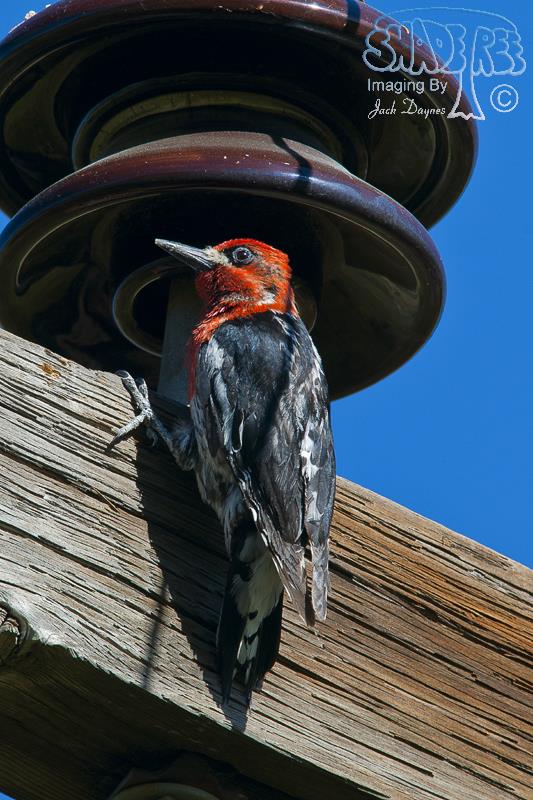 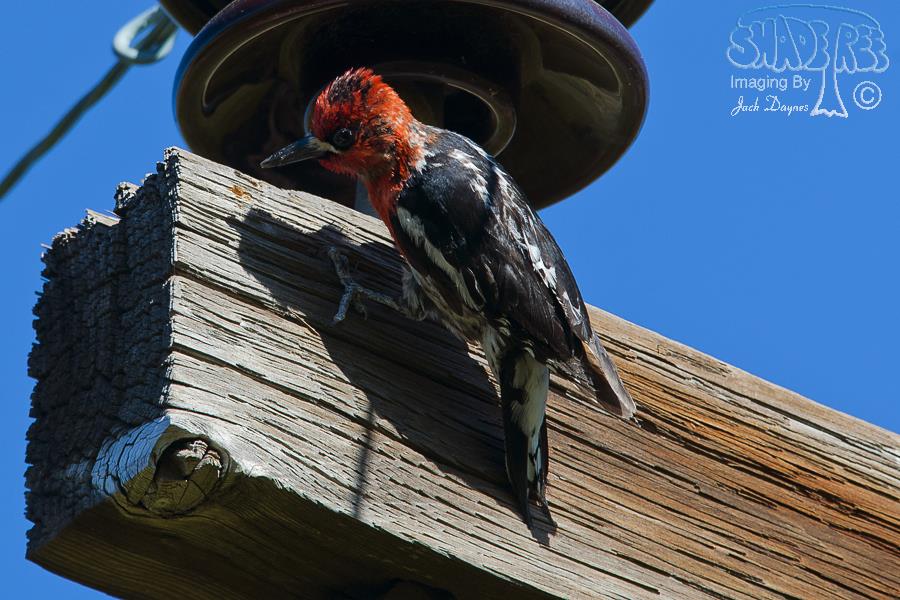 I found this bird tapping out its territorial rhythm near the Trout Pond Trail near Cuyamaca Mountain. South of Julian, California. San Diego County, California USA 2013-06-15.