The Red Crossbill is a member of the finch clan. Their beaks are adapted to extract seeds from conifer cones. There is a wide variation in coloration in both sexes, and they may breed whenever a good supply of cone seeds is available. In Eurasia it is known as the Common Crossbill.

The Red Crossbill occupies a global range in the Northern Hemisphere, including North America, Eurasia, and northern Africa. Taxonomists call out 21 subspecies. Many researchers believe future genetic studies will combine some of these members, reducing the total number of subspecies:

My experience with this species is limited to a single encounter on a rainy day on the Oregon coast. I was happy to have had the meeting, but frustrated with the environmental obstacles that prevented me from getting better pictures. I can only hope that one day, I’ll get another chance. 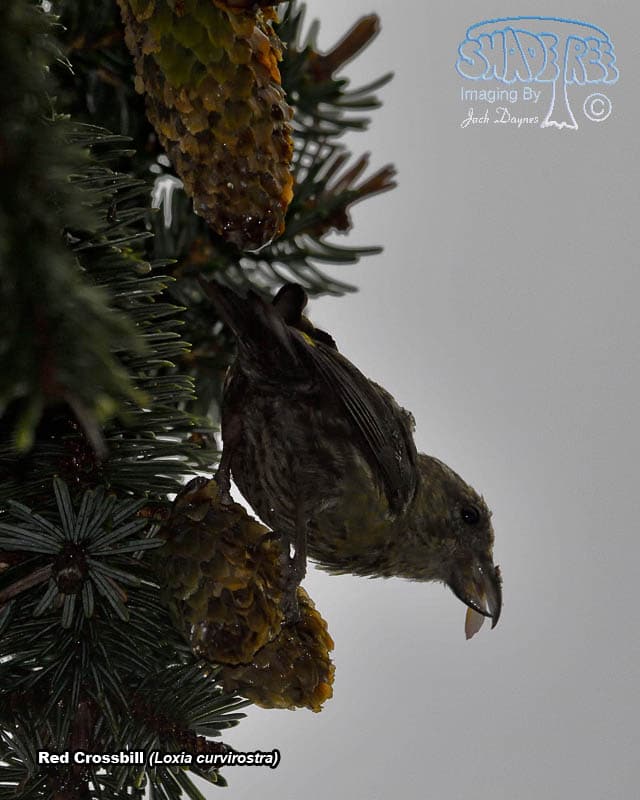 Cape Arago is near Coos Bay Oregon on the central coast.