Like other members of the booby clan, this bird can be found globally in tropical oceans. It is the smallest member of this clan and is the only polymorphic member of its genus. They range in color from an all brown bird to all white with black primaries and secondaries. Color morphs are not indicative of subspecies, and they can coexist, and even interbreed.

Unlike most members of the booby clan (genus Sula), the Red-Footed Booby prefers nesting in trees or shrubs. When these are not available, they may exploit clumps of grass to place their nest. This strategy has benefited them by limiting the threat from ground based predators.

Flying fish and squid comprise the major portion of their diet. These birds are versatile foragers. Sometimes the employ steep vertical dives from about 20-25 feet. Most of their dives penetrate only a few feet below the surface, but they’ve been observed catching flying fish mid-flight, and feeding while floating near the surface.

Red-Footed Boobies attended all four islands of the Archipiélago de Revillagigedo we visited during the science expedition I participated in in February 2017. However, they put on the best show as we pulled away from Isla Clarion to begin the long voyage home, on 2017-02-21. The exciting send-off remains as one of the many highlights lodged in my memories of the nineteen day voyage. 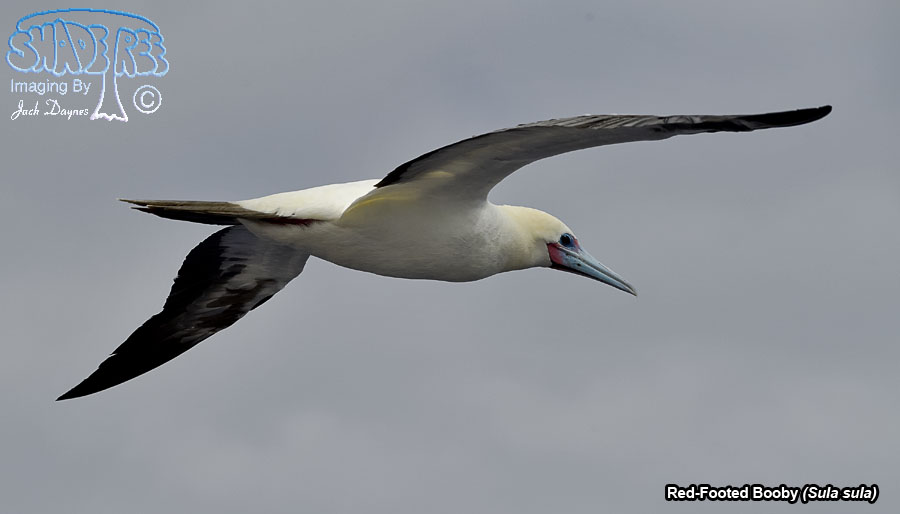 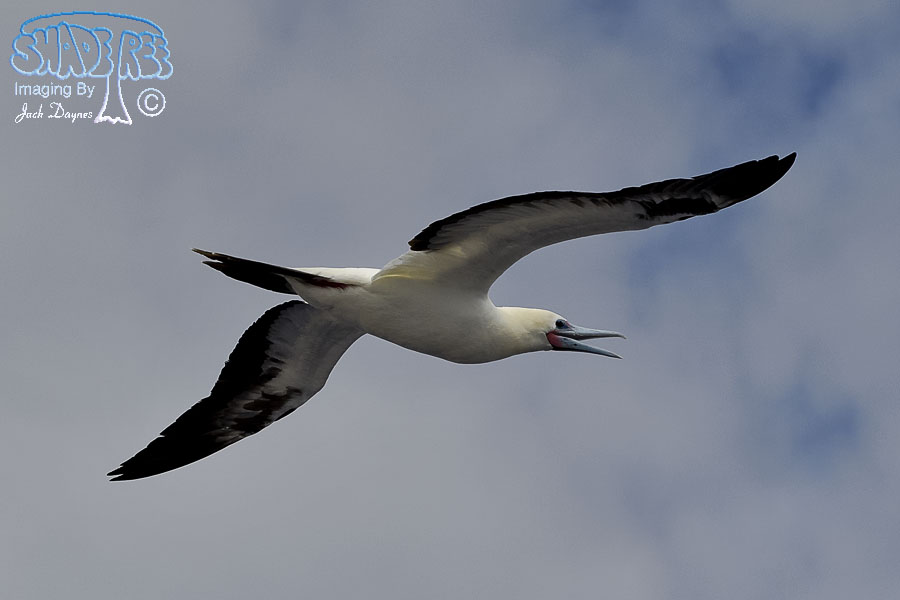 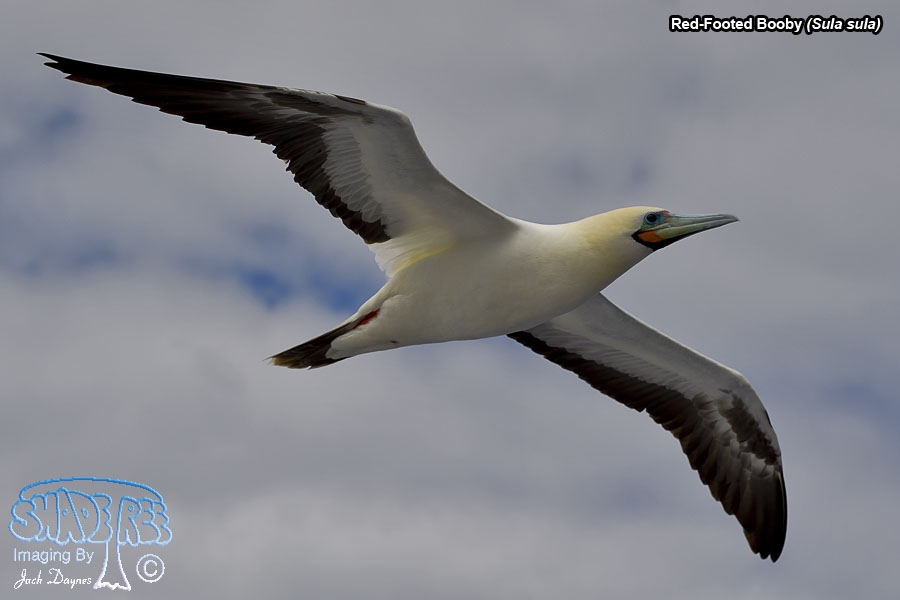 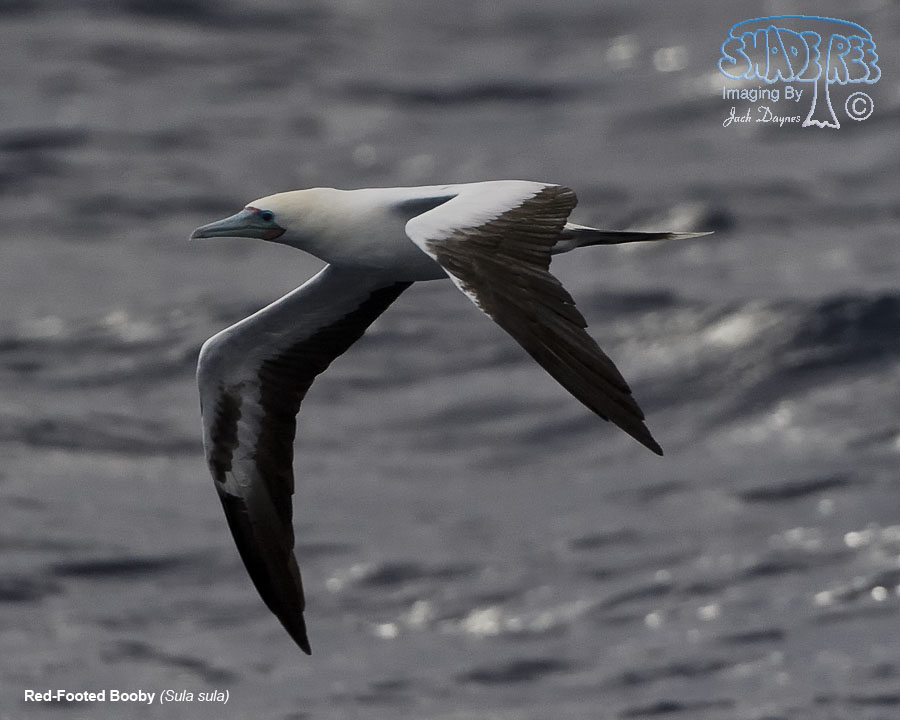 Seen on our approach to Isla San Beneticto, and later found to be nesting at the first of our stops to the islands of the Archipiélago de Revillagigedo, Mexico. 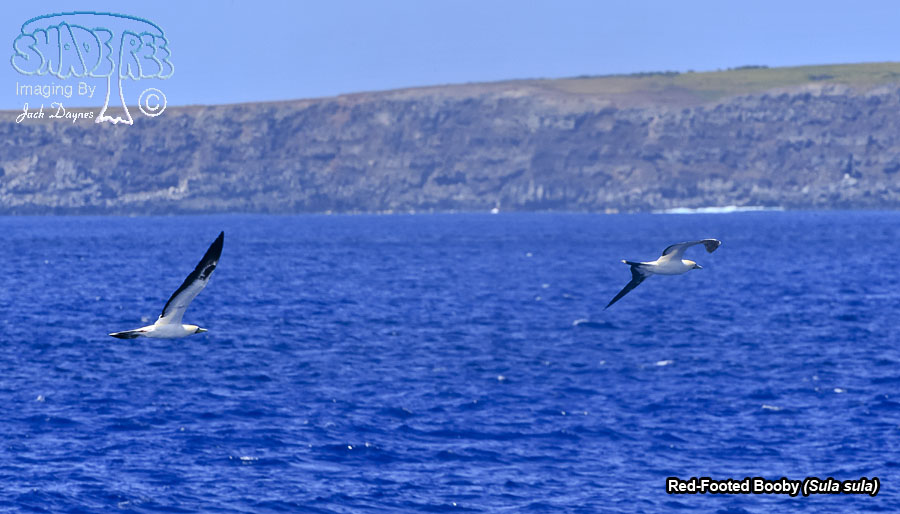 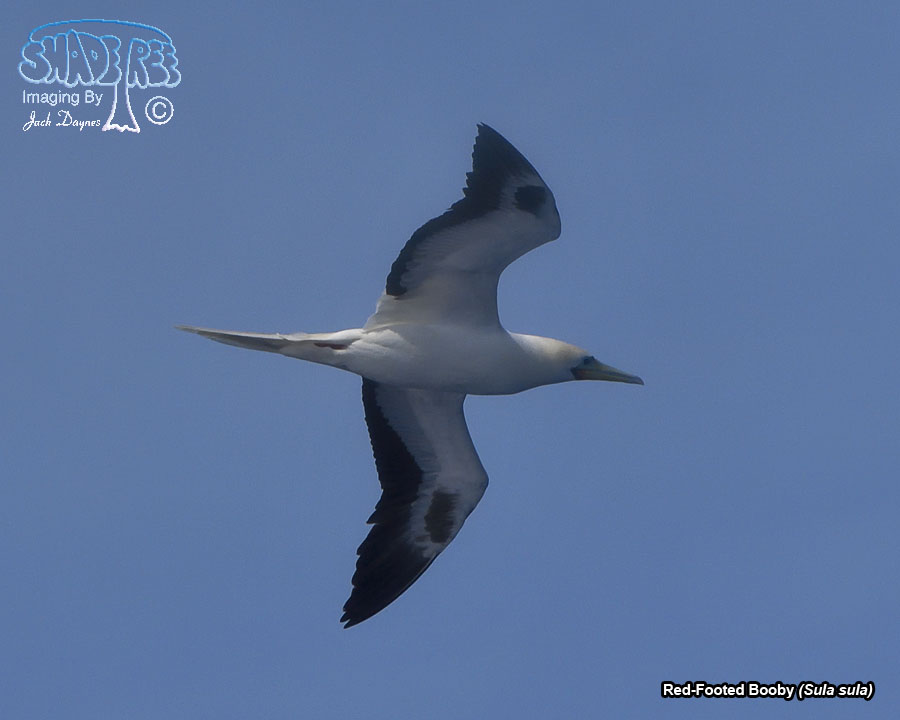 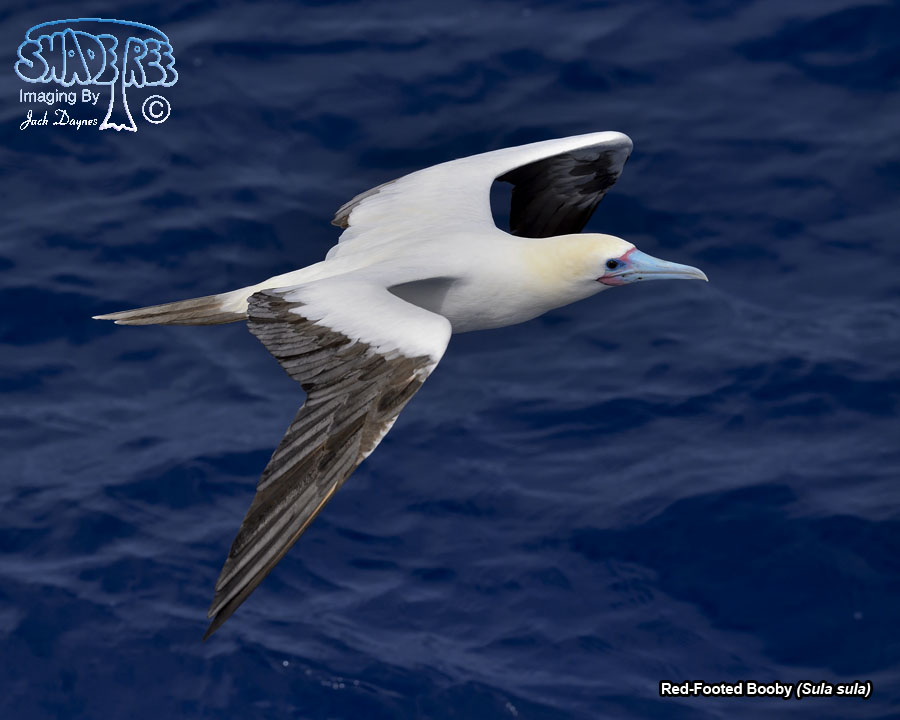 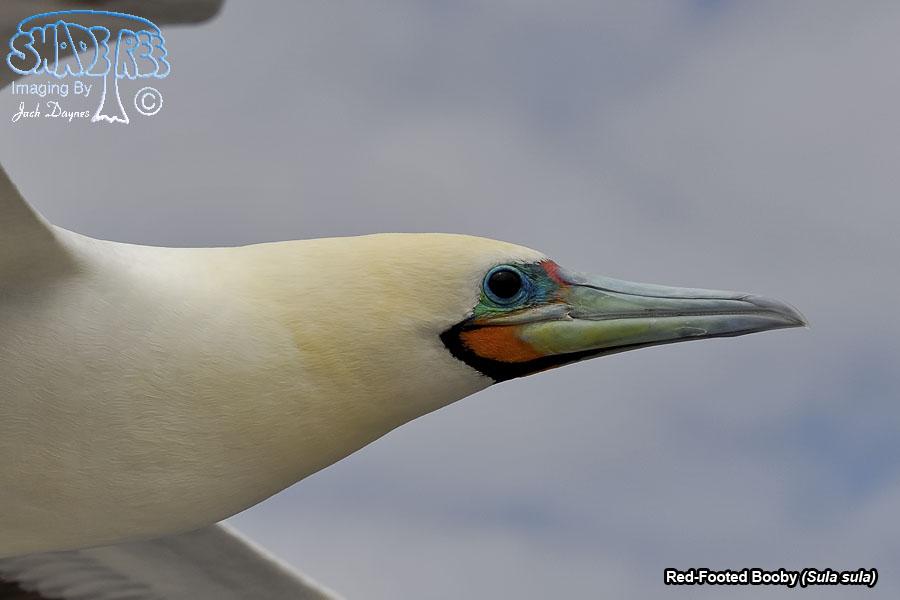 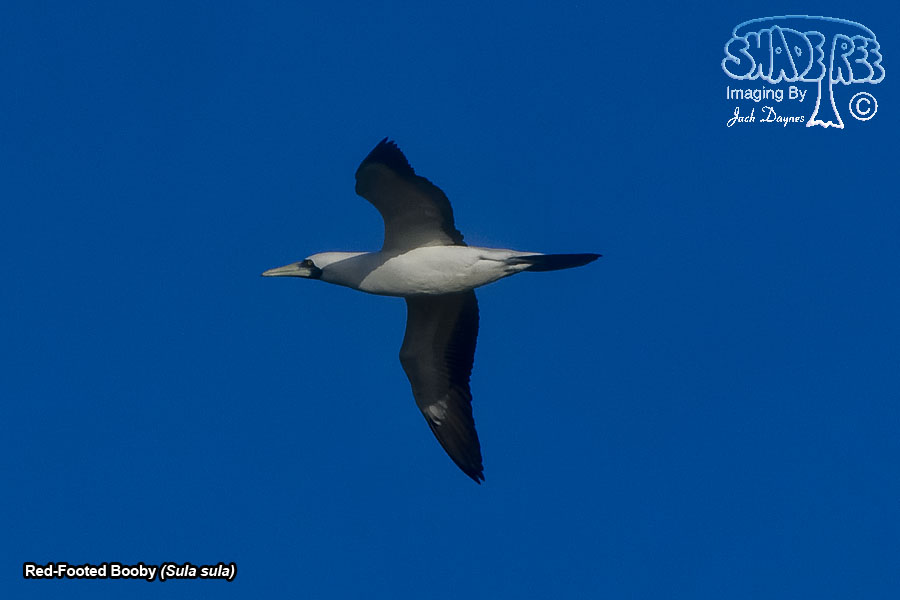 Hiking the southern shore at Isla Clarion. Our final island visit of this journey. Colima Mexico. Part of the Archipiélago de Revillagigedo. 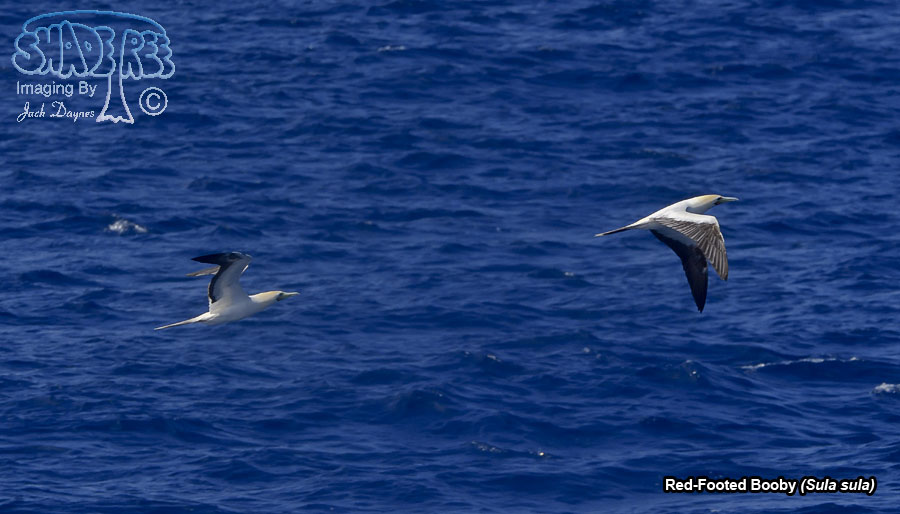