The Red Knot is a worldwide traveler. The rufa subspecies of this bird travels from the extreme southern end of the South American continent to the northeastern reaches of Arctic North America. One of their migration routes passes up the western Atlantic on the way to nest sites in Canada near the Hudson Bay. After journeying from the southern tip of South America, Red Knots arrive on the shore of Delaware Bay in May and gorge themselves on horseshoe crab eggs to prepare for the long flight to their Arctic breeding grounds.

In the mid-1990s, people discovered horseshoe crab eggs make good bait and collected all the crab eggs they could. When the birds arrived, the food supply they depended on was gone. It was a disaster. Not having the fuel to continue on to the breeding grounds, their population crashed by about 50% in the following decade. Once we discovered and understood the damage caused by harvesting the crab eggs, both the crab and shorebird populations had fallen dramatically. Since then, both the crab and bird populations have stabilized, but their numbers remain low.

The bays of San Diego (California) lie along the Pacific flyway for these long distance migrating shorebirds, but the Pacific coast of southern California also hosts winter visitors, including Red Knots. I’ve enjoyed meeting these birds in both their breeding (or alternate) and their non-breeding (or basic) plumages. 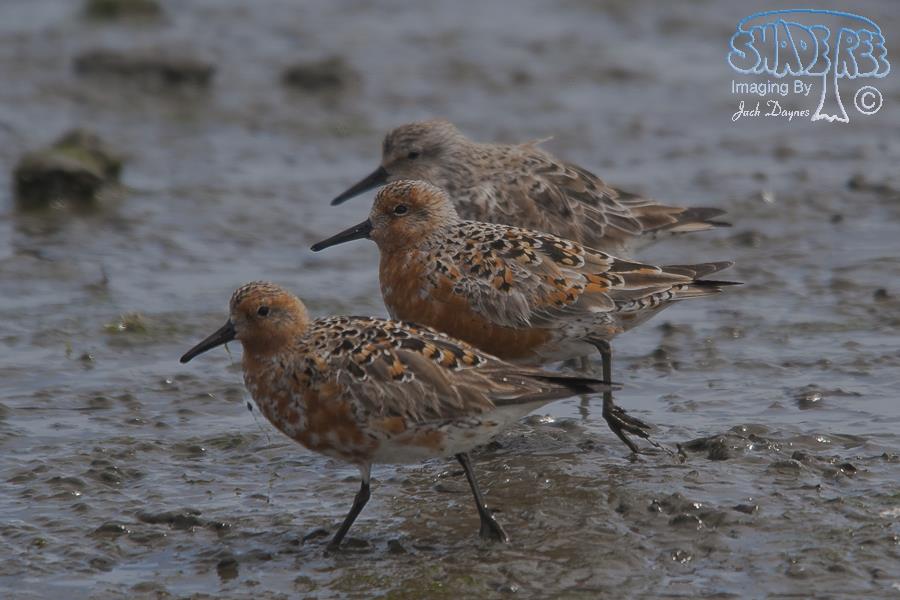 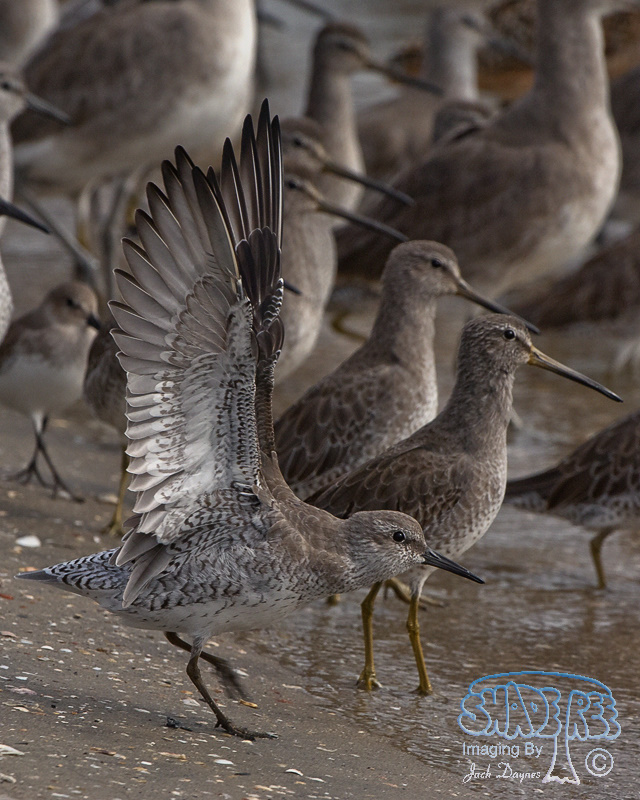 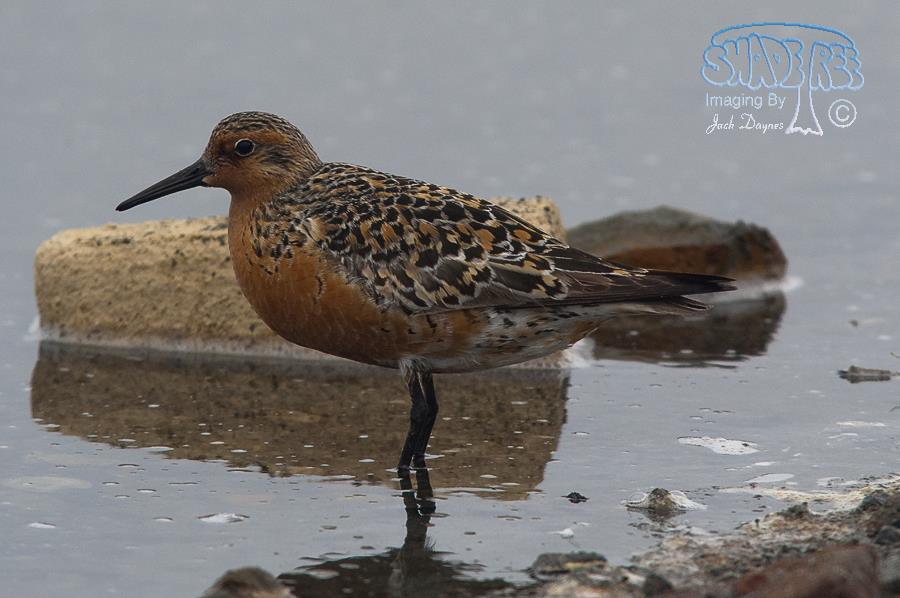 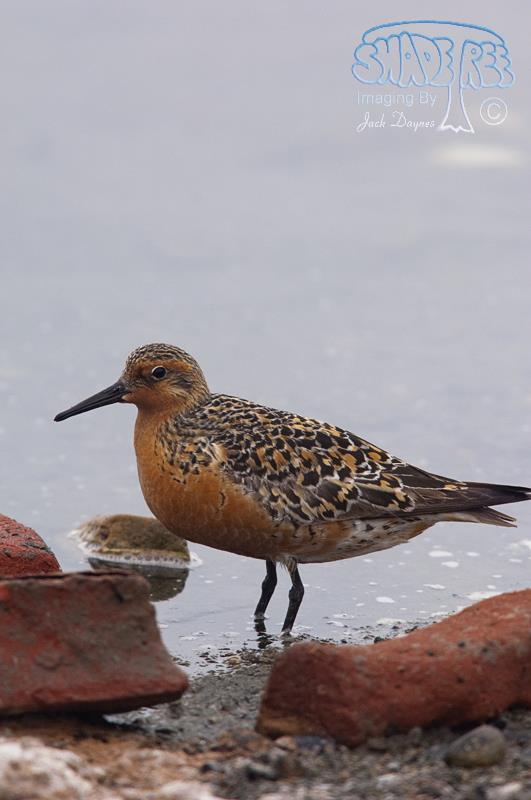 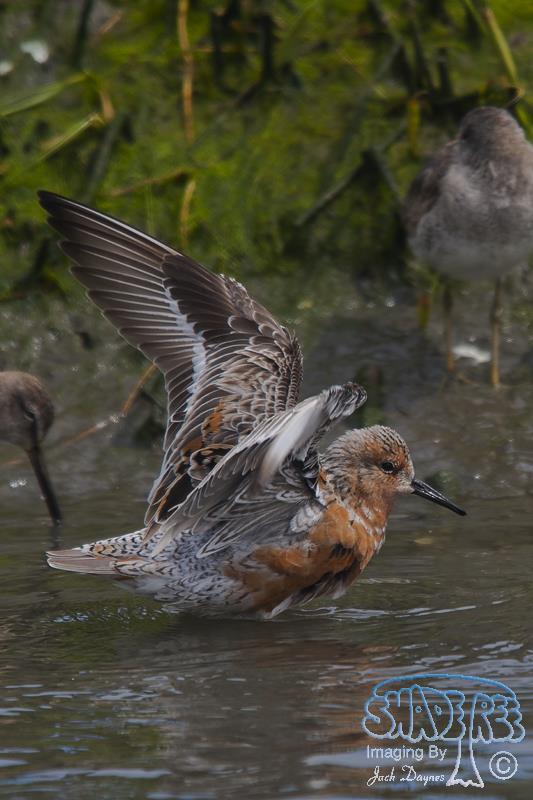 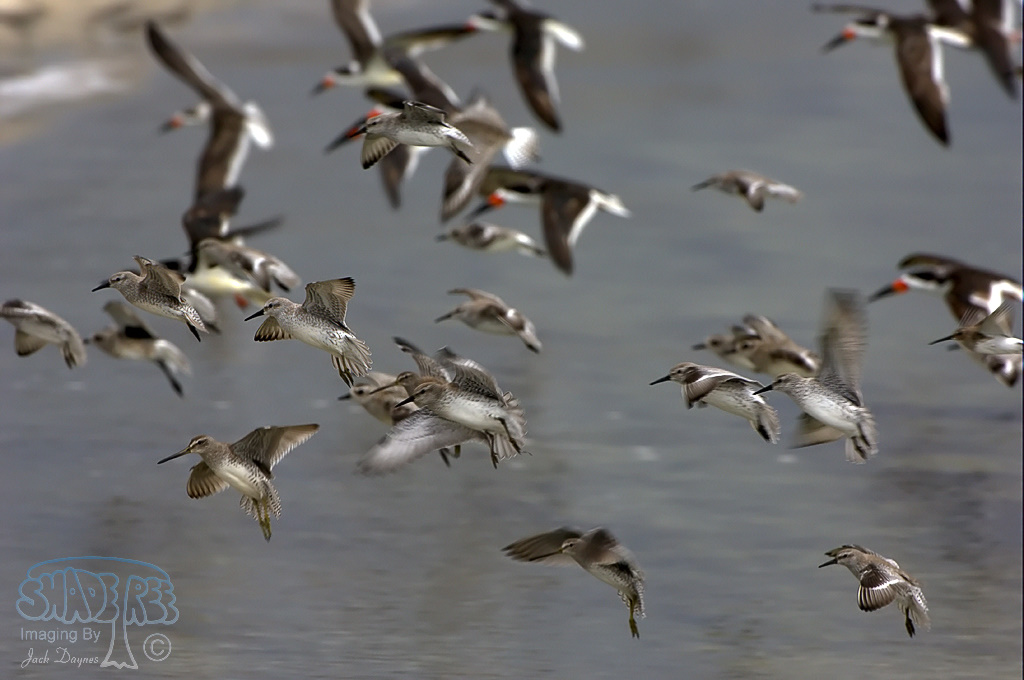