The Rufous Hummingbird has a much wider distribution than its cousin, the Allen’s Hummingbird, but can be difficult to distinguish. In some areas, such as coastal Oregon, these two are known to hybridize.

When migration distance is compared to bird size, the Rufous Hummingbird is a champion. Researchers call this species a complete migrant; meaning that the entire population moves each season, leaving no bird behind to stay on territory either on the breeding or non-breeding territories. During northward movements in spring, their route hugs the west coast, but when returning south, their route follows a broader, more mountainous route through the Cascade, Sierra-Nevada, and Rocky Mountain ranges.

Rufous Hummingbirds in migration have a well-earned reputation for aggression around feeding stations. Once they show up, they challenge all comers for the right to partake in the human provided bounty. Sometimes this cantankerous attitude is not appreciated by the folks who provide the food source.

Taxonomists regard the Rufous Hummingbird as monotypic (i.e. there are no recognised subspecies).

Most of my meetings with this species have been in the southwestern USA (California, Arizona, and New Mexico). Each of these were most likely migrating birds. However, a bird I met in northern Idaho in 2005 was probably a bird on its breeding territory. 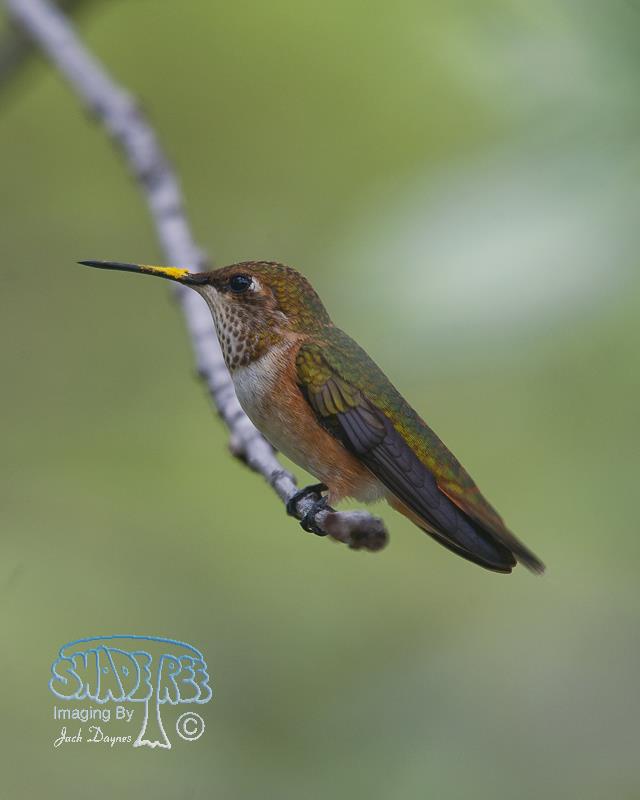 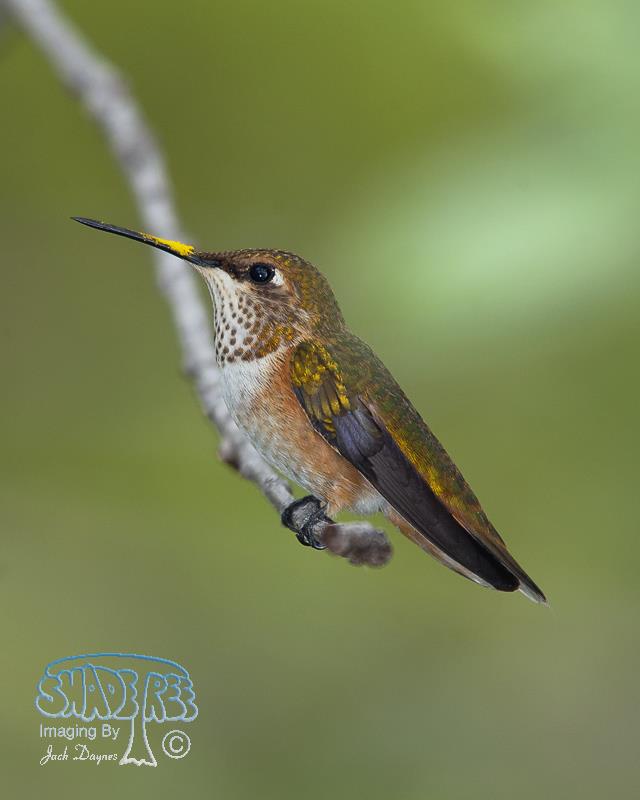 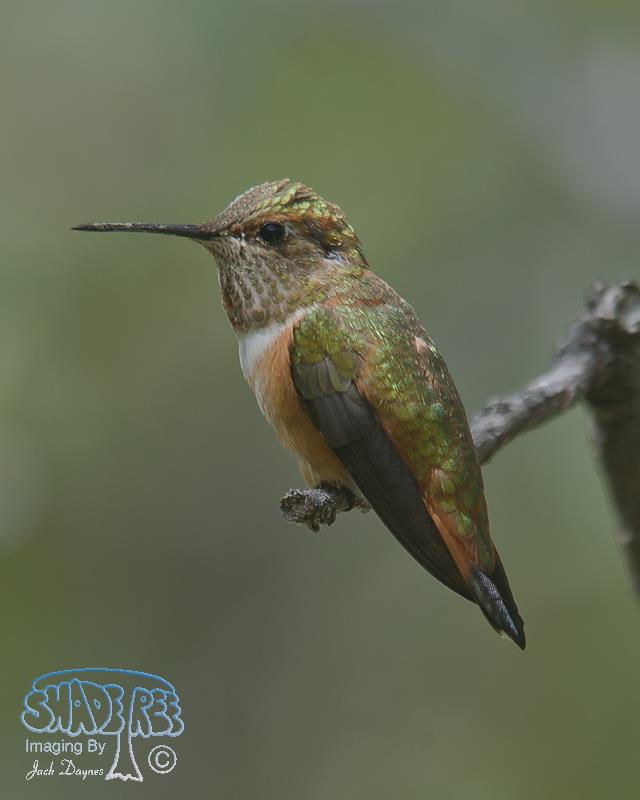 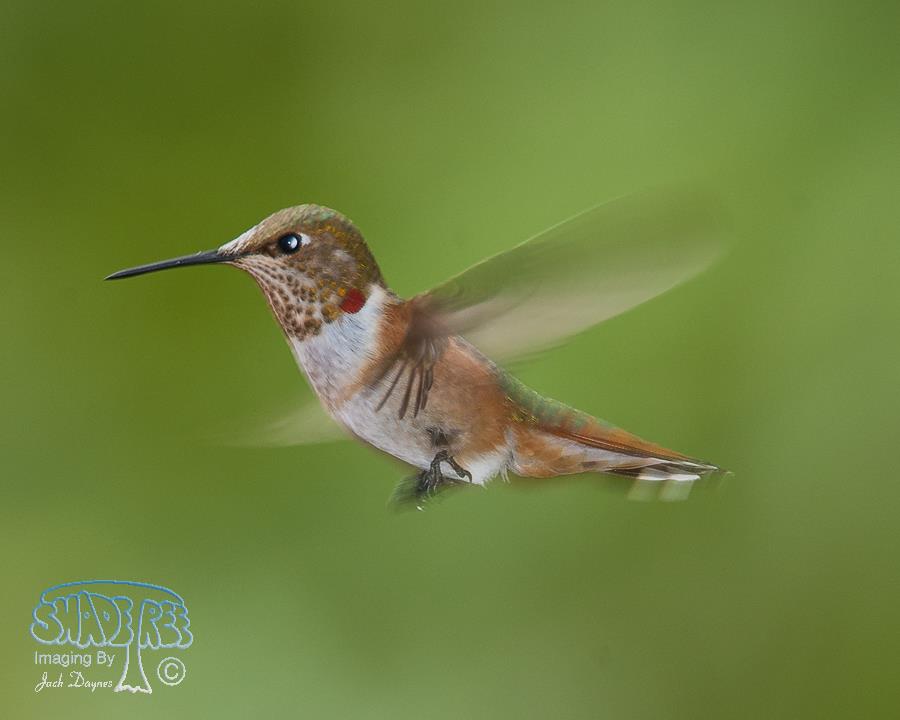 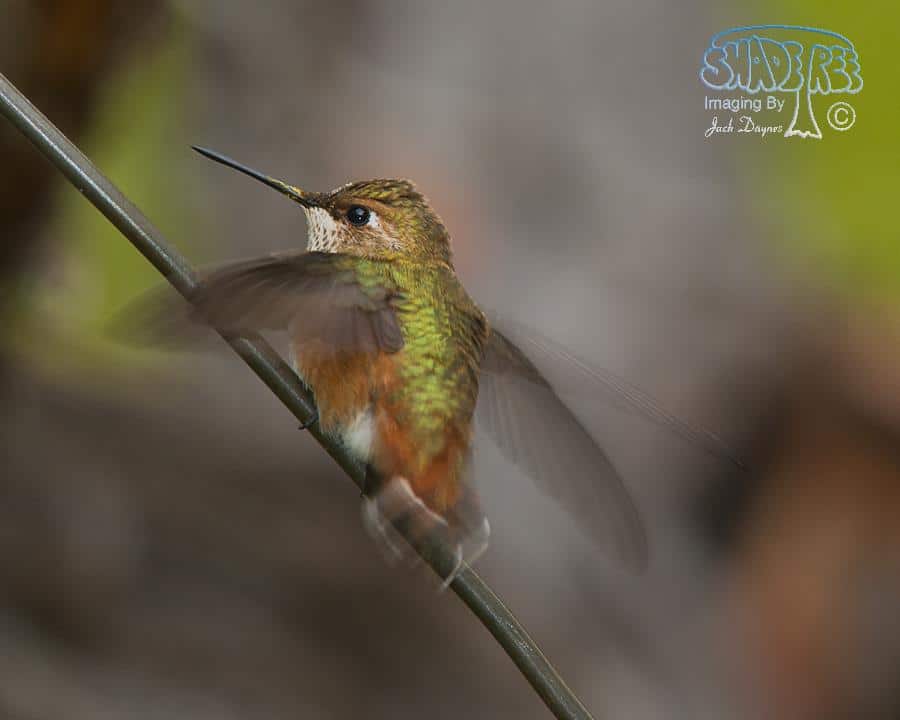 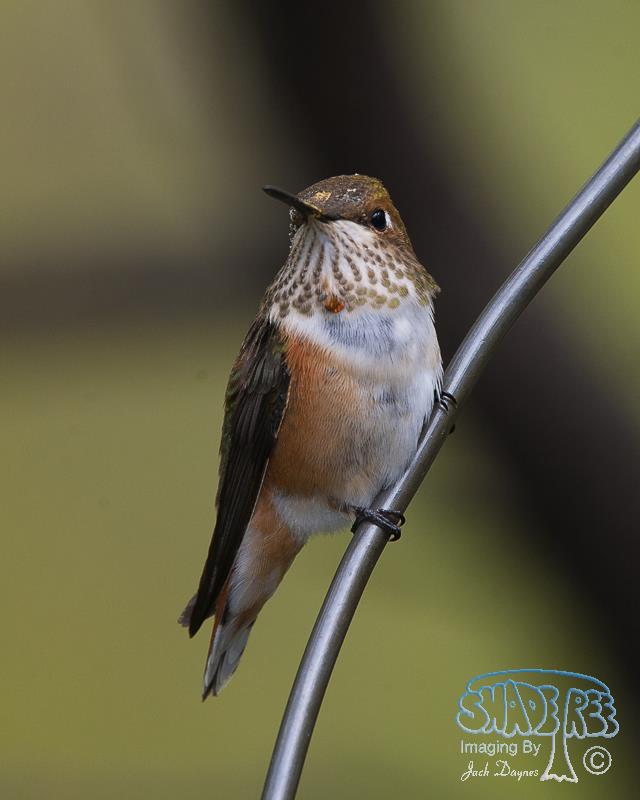 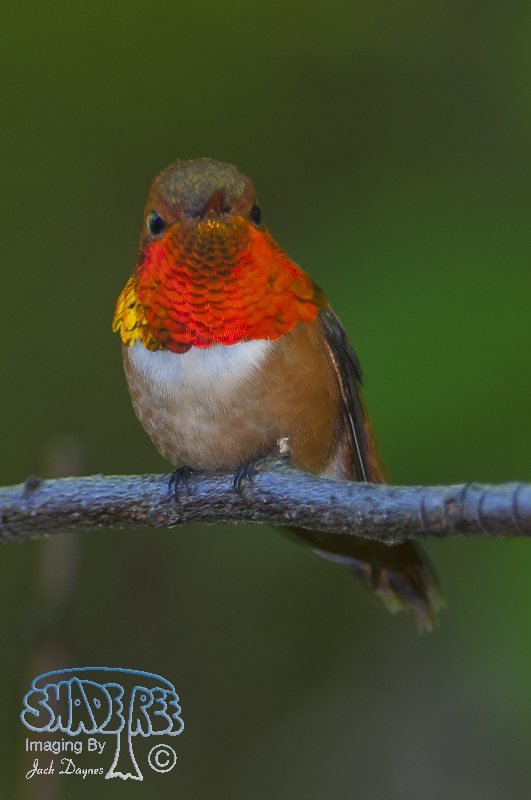 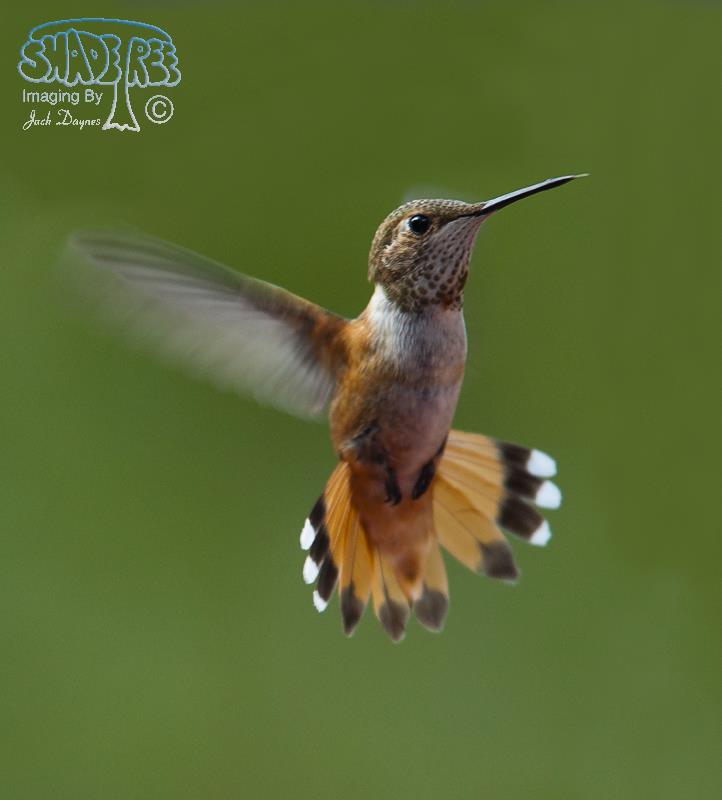 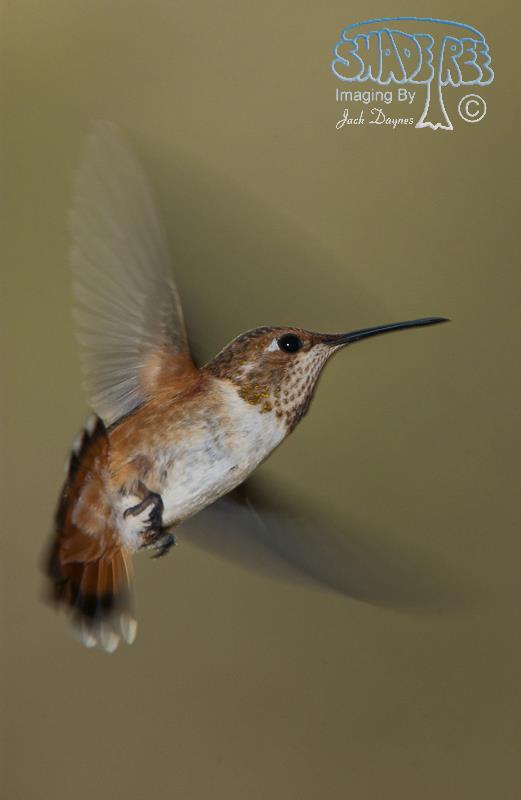 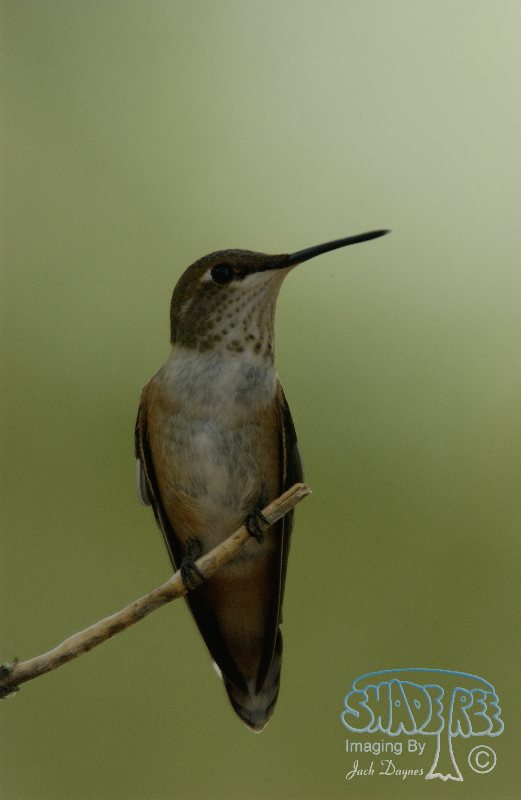 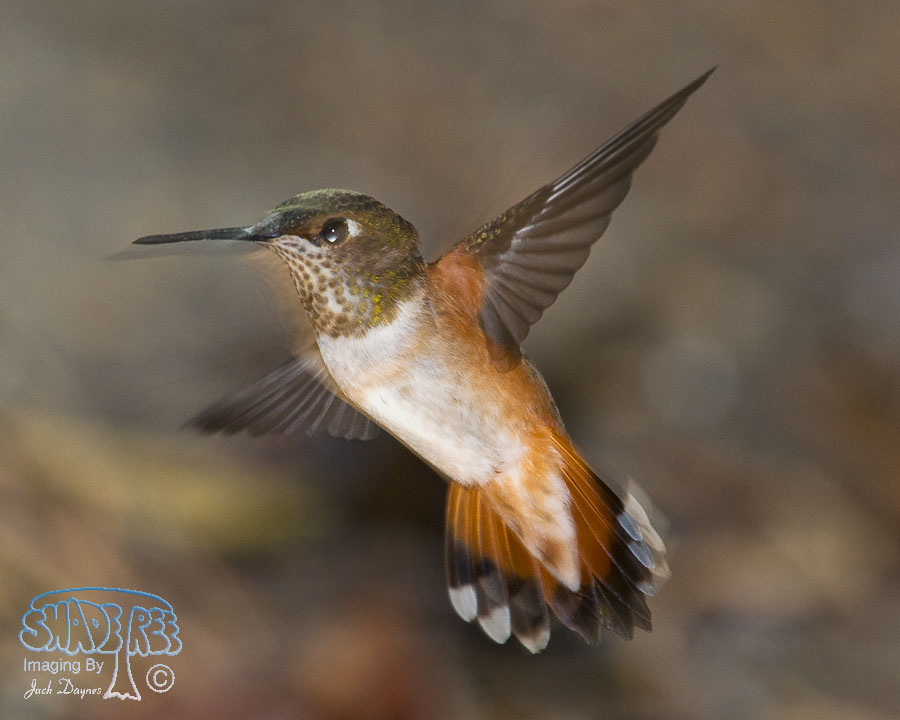 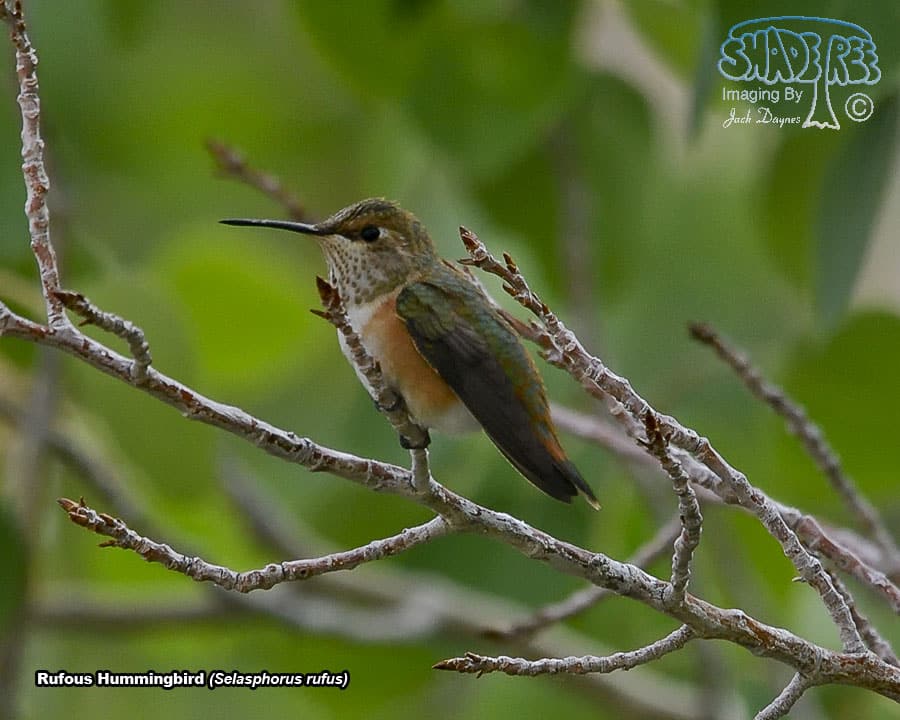