The Rusty Blackbird prefers wet forested areas, breeding in the boreal forest and muskeg across Alaska and northern Canada. They are widespread, spanning the North American continent from coast to coast, including the land between the Great Lakes and Hudson Bay and all the way to the Atlantic from Maine to New Brunswick, Labrador and Nova Scotia. In winter, they all migrate to the United States east of the Rocky Mountains south of the Great Lakes, Ohio Valley and New England.

Science has learned that the Rusty Blackbird population has crashed hard in the past half century, declining as much as 85-99%. Why this has not placed them in a threatened status escapes me. The reasons for their decline in not fully understood, though habitat loss, disturbance from mining and oil industries in the north have been observed. In the USA there have been deliberate poison campaigns aimed at cowbirds, grackles and Red-Winged Blackbirds that may have killed these birds, though there are no studies determining the numbers.

To date, my only encounter with this species has been at MacIntyre Marsh in the Canadian Yukon outside of the town of Whitehorse. I look forward to the day when I can meet these birds at their winter homes and see the rusty garments from which they get their name. 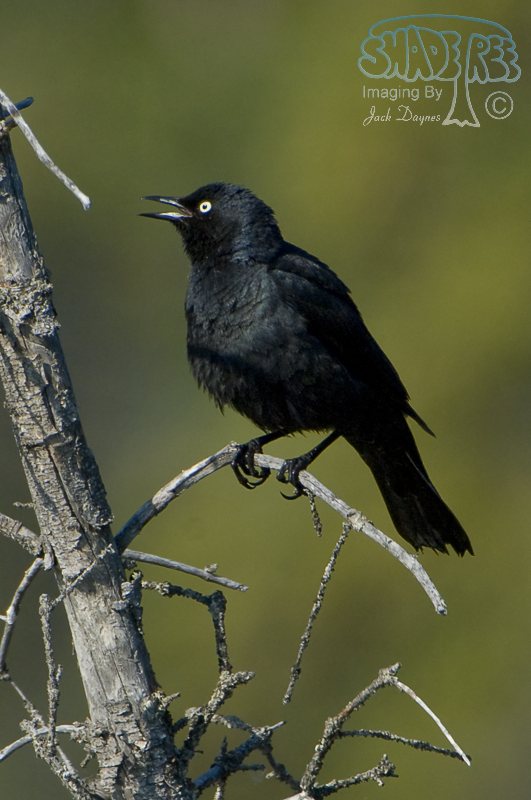