Typically, this bird keeps to the far north, breeding in the Arctic zones of the northern hemispheres of both the new and old worlds. The winter range normally extends into the middle latitudes of North American or Eurasian continents.

At a significant cost energetically, male Snow Buntings arrive on their breeding grounds in the high Arctic four to six weeks before the females, when temperatures might be -30°F. The reasons for this early arrival is to secure proper nesting locations. These birds nest, not on the open tundra, but along rocky outcrops at higher elevations, where they use deep crevices for nesting to avoid predators. Such sites come at a premium, so the early bird gets the rocks.

The only bird I’ve photographed must have lost its way by travelling too far south and finding itself in San Diego. One day, I hope to meet this bird on its breeding grounds, where their plumage is much different. 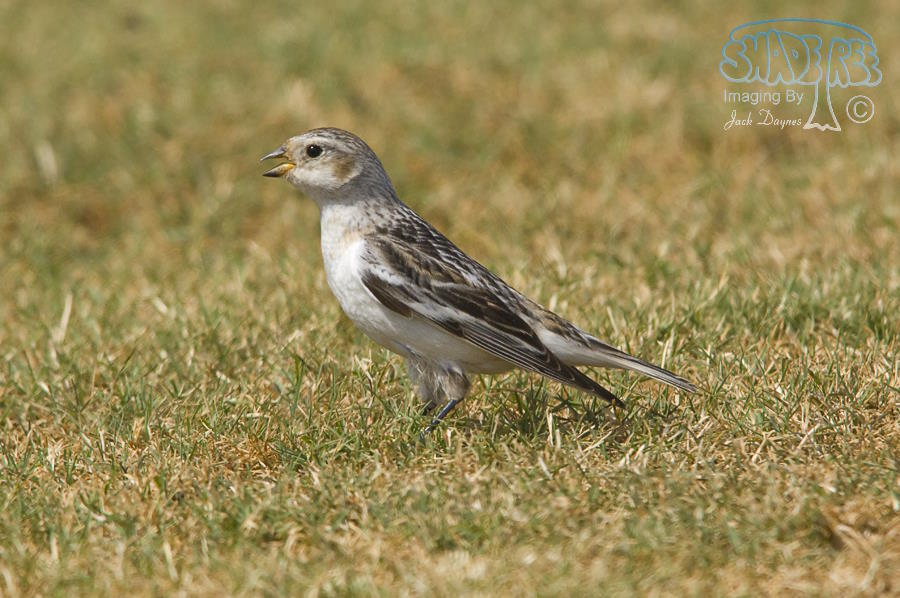 (Plectrophenax nivalis) The 500th bird species for the county showed up at Robb Field in Ocean Beach while we were engaged in BioBlitz-2009 at Mission Trails Park. San Diego, California USA 2009-05-04.