Trusting in its camouflage, the Spruce Grouse commonly allows close approach. This behavior earned it the nickname of ‘fool’s hen’. The home range of these birds is throughout most of Canada, Alaska and a few areas in the northern USA. These birds are non-migratory wherever they are found. Mostly, they feed on the needles of spruces and other conifers.

While driving north on the Dempster Highway in 2005, we passed through the Ogilvie River Valley in the Yukon Territory (Canada). It was there I met a Spruce Grouse hen. The bird brazenly stood in the road until we stopped to enjoy her company more intimately. After she calmly walked to the side of the road, we followed on foot and found her perched and posing in a small Black Spruce. She stayed for several minutes while we gathered all the images we wanted. She was still perched there when we left. We could have whacked her with a big stick if we were so inclined. Lucky for the bird we did not intend to eat it. 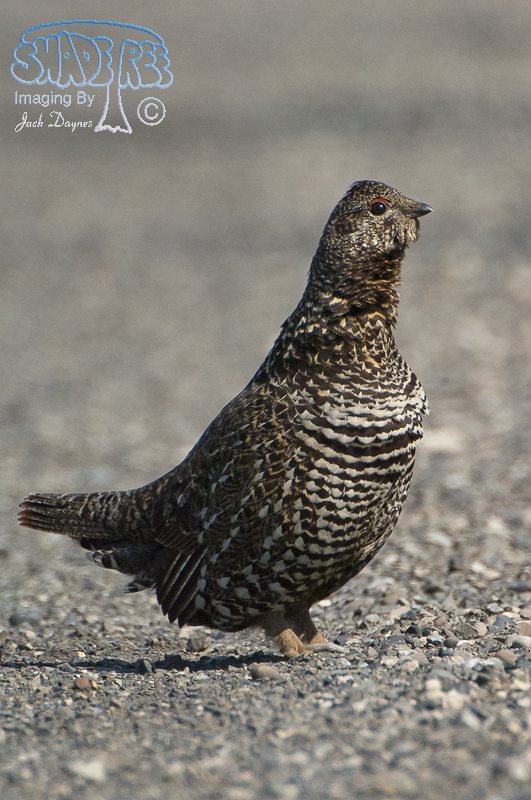 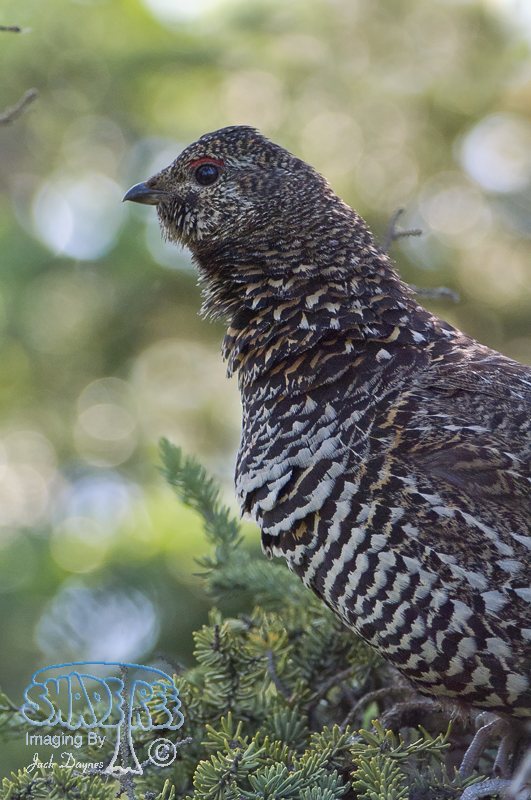 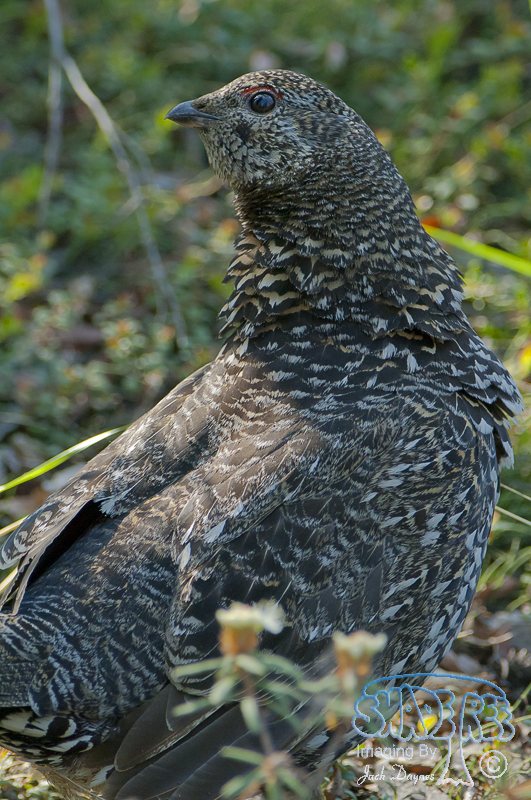 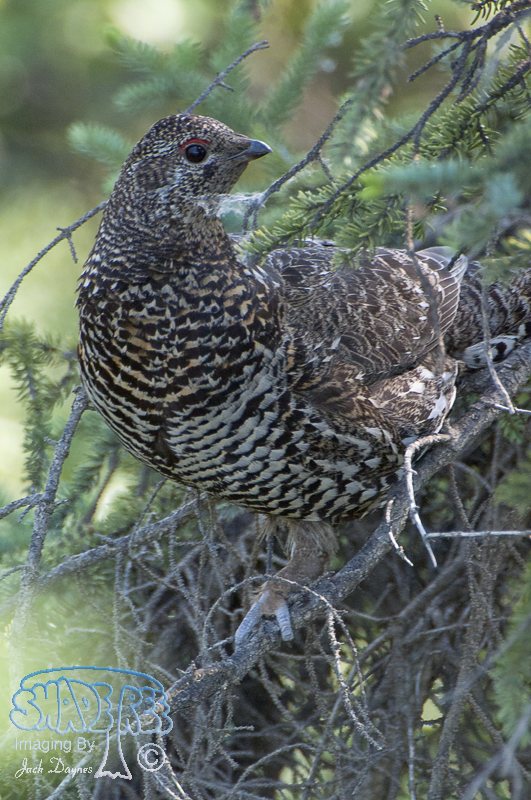