The Cassin’s Sparrow is a year-round resident in southeastern Arizona, southern New Mexico, most of western and central Texas, and much of northern Mexico. In spring and summer some will migrate north into eastern Colorado, and western Kansas and Nebraska. They prefer arid brushy grasslands. In the breeding season, the males perform an aerial display called “Skylarking”, where they fly to great heights and float down on stiffened wings, singing the all the while.

The population of these birds varies in some regions from year to year. The absence or abundance of rainfall is believed to affect the seasonal population. I’ve met this bird at several Arizona locations. In Texas I met a single bird while stopped along the highway to try for a Scissor-Tailed Flycatcher I saw while speeding down the road towards Harlingen. The sparrow’s song gave it away and I captured the bird on a wire (apologies to Leonard Cohen). My best meeting of these birds happened the day I left Texas and was exploring Bitter Lake NWR outside of Roswell New Mexico (visit the <Species Gallery>).

Since its discovery in 1852, this birds has been shuffled through many genus assignments. Zonotrichia, Peucaea, Aimophila (or what some call the botterii complex), and finally, based in genetic studies, back to Peucaea. 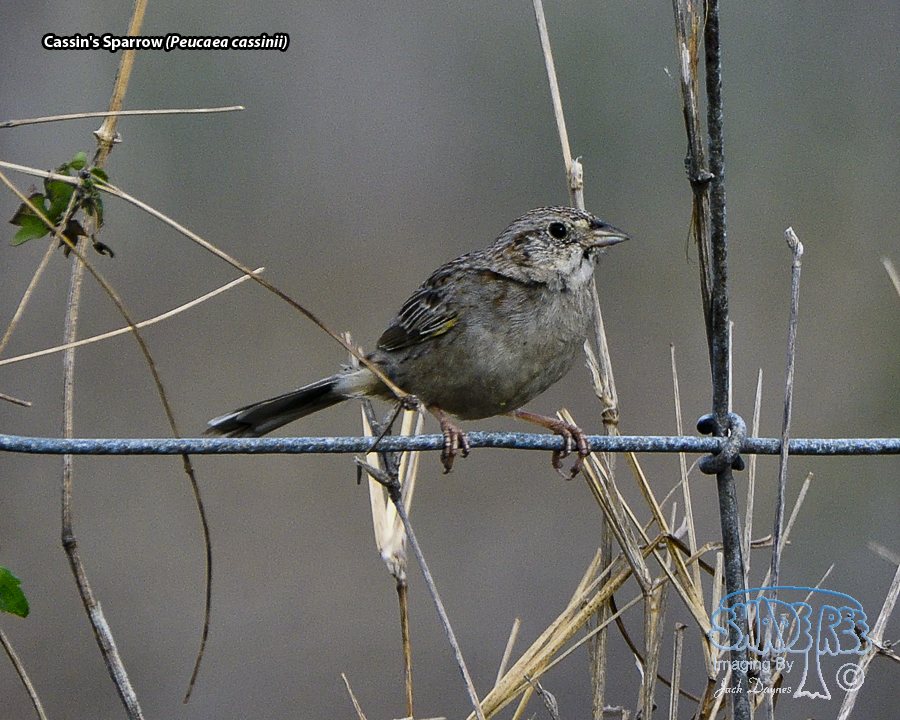 I stopped beside the highway on my drive to Atascosa National Wildlife Refuge on the South Texas Coast on Friday and spent the afternoon meeting birds. Though it was a Scissor-Tailed Flycatcher that caught my eye, this sparrow caught my ear.