The Varied Thrush breeds in western North America from Alaska to northern California among mature spruce trees, alders and ferns. They spend winters in Central Washington, Oregon and California. In the coastal Pacific Northwest, from Oregon to southeastern Alaska, some of these birds live year round.

I met my first Varied Thrush in 2005 while driving on the Dempster Highway in the northern Yukon Territory (Canada). It was their haunting songs, buzzing from some high, unseen perches that brought them to my attention. I didn’t meet them again until a small group settled in at the San Diego Botanic Gardens for the winter of 2014-2015). Their striking colors are remarkable! 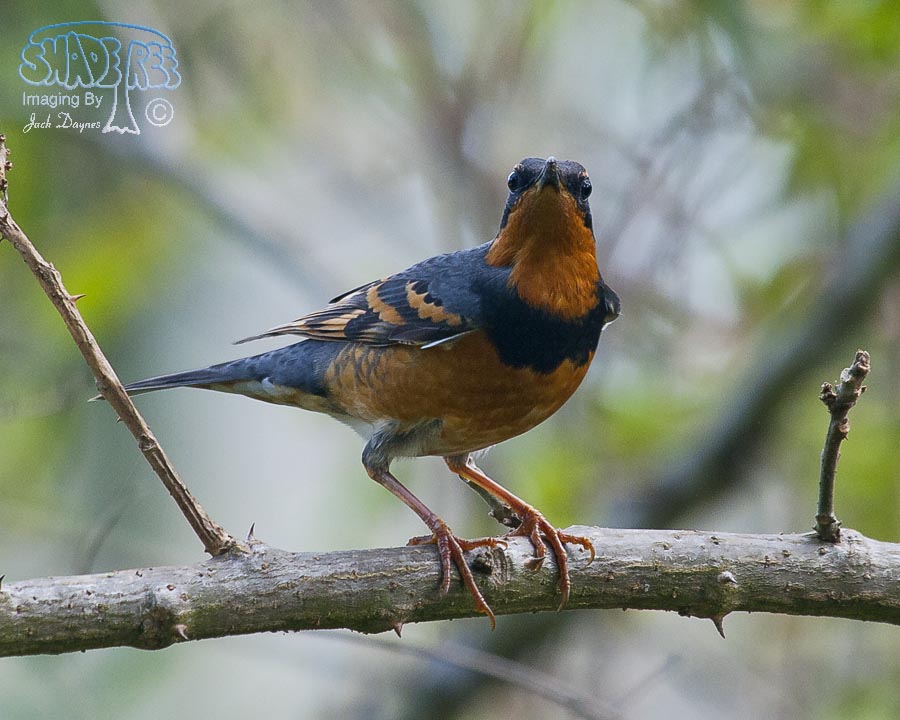 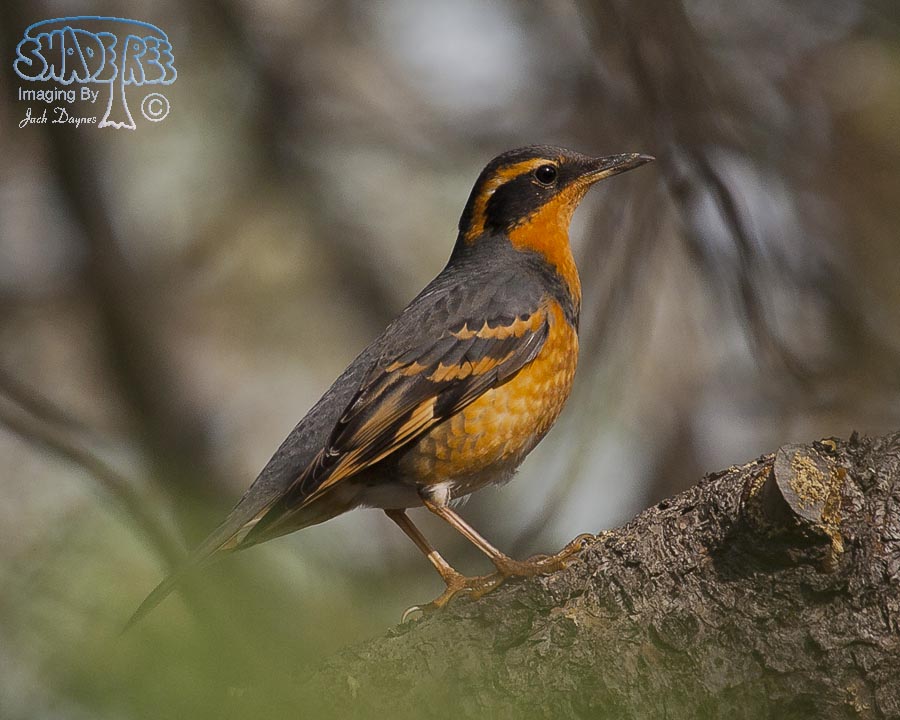 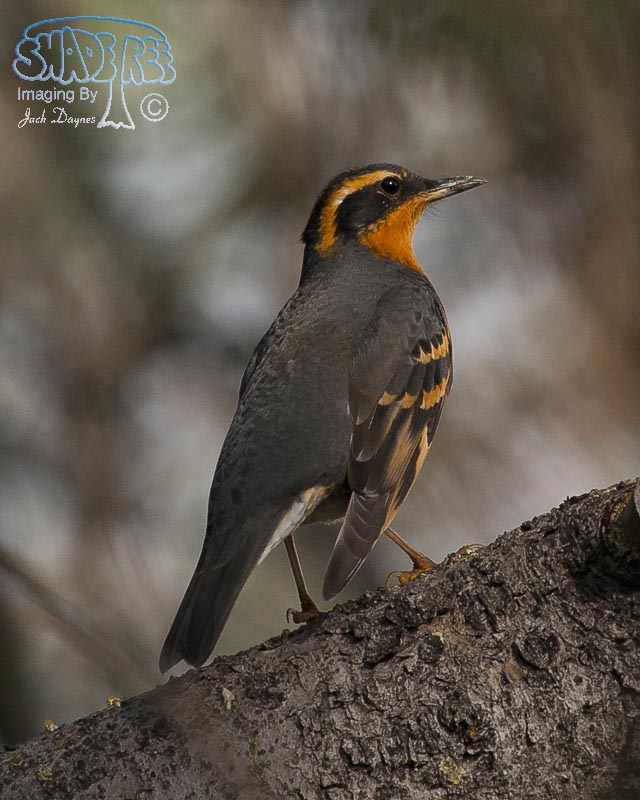 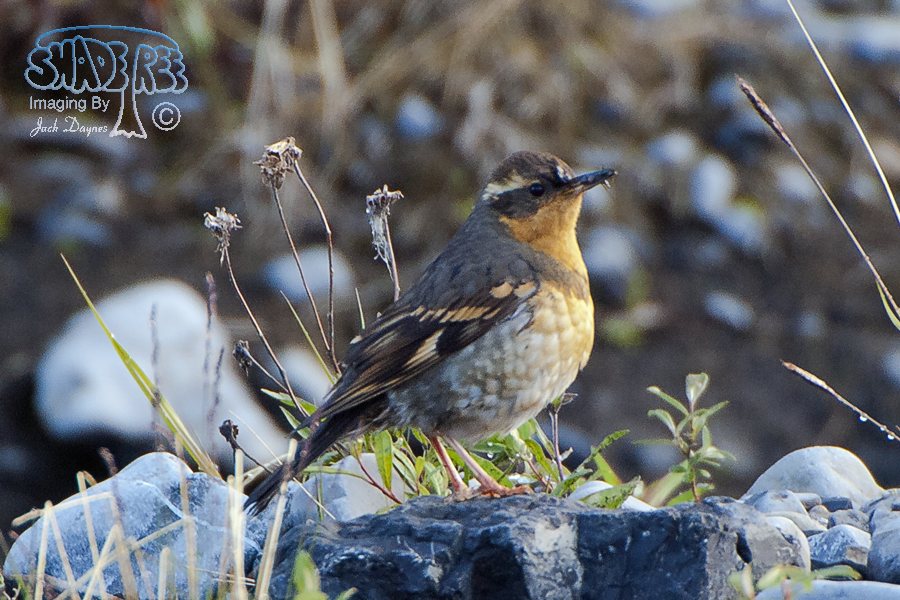