Ornithologist believe the White-Breasted Cormorant is a sub-species of the Great Cormorant. It is the only form that lives in sub-Saharan Africa. I met this bird during a visit with relatives in Zimbabwe (Africa), but did not get a picture. I collected the image below at a zoo in San Diego (California).

Depending on which source, there are either six or eight subspecies of Great Cormorant: 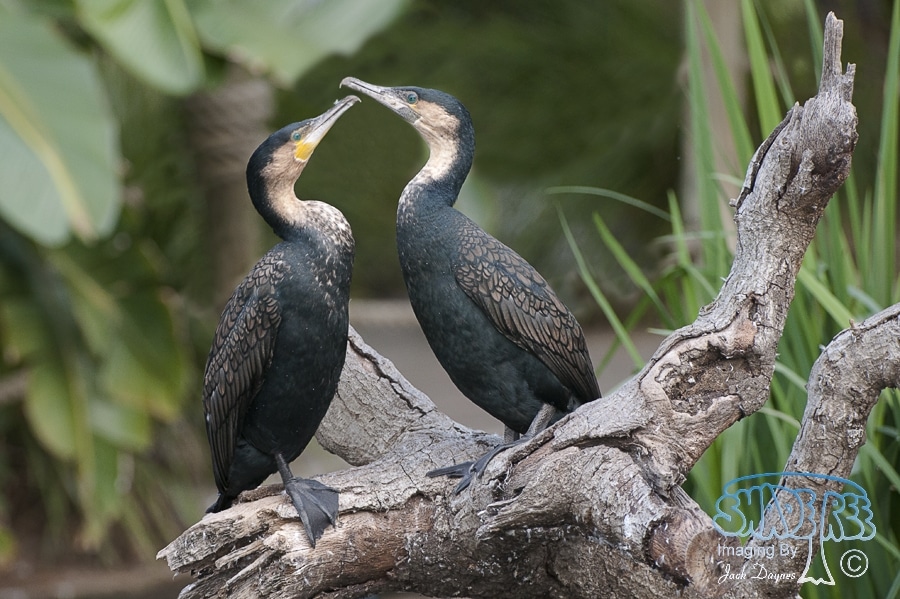