White-Winged Crossbills are specialist feeders on conifer cones, and the unusual bill shape is an adaptation to assist the extraction of the seeds from the cone. They can eat thousands of such seeds daily. These birds breed typically in Canada and Alaska, where their food sources grow, but may spend winters in the northern USA.

I met a single individual White-Winged Crossbill while I was on the Parks Highway, and was travelling south from Fairbanks. Someone recommended the Petersville Road and I followed it to the southern slopes of the Denali Range. The route delivered several interesting bird encounters, including the crossbill. While I lingered at the roadside, a gold miner stopped to chat on his way to work a claim further up the road. I learned a lot from our conversation under the midnight sun, and it lasted several hours. 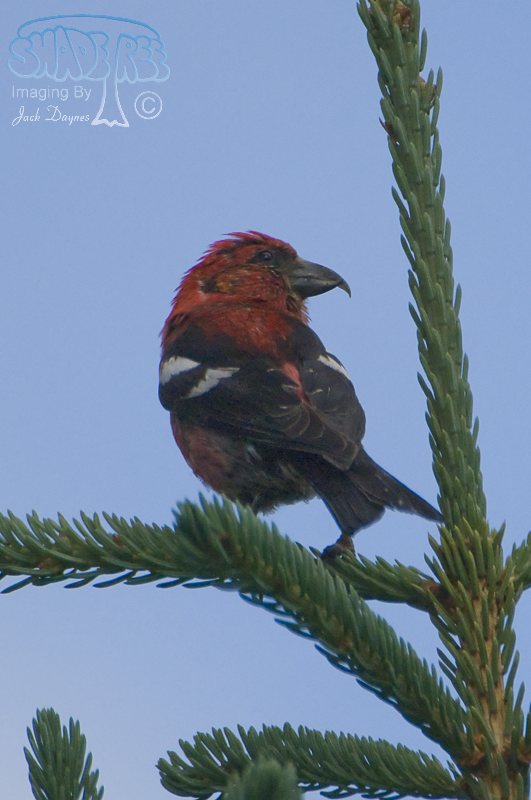 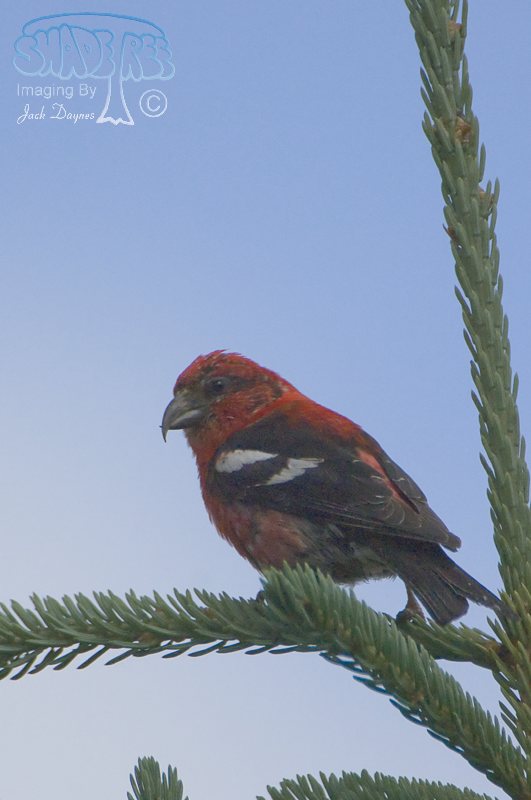